The lone person on board was identified as 69-year-old Donald Eakin. 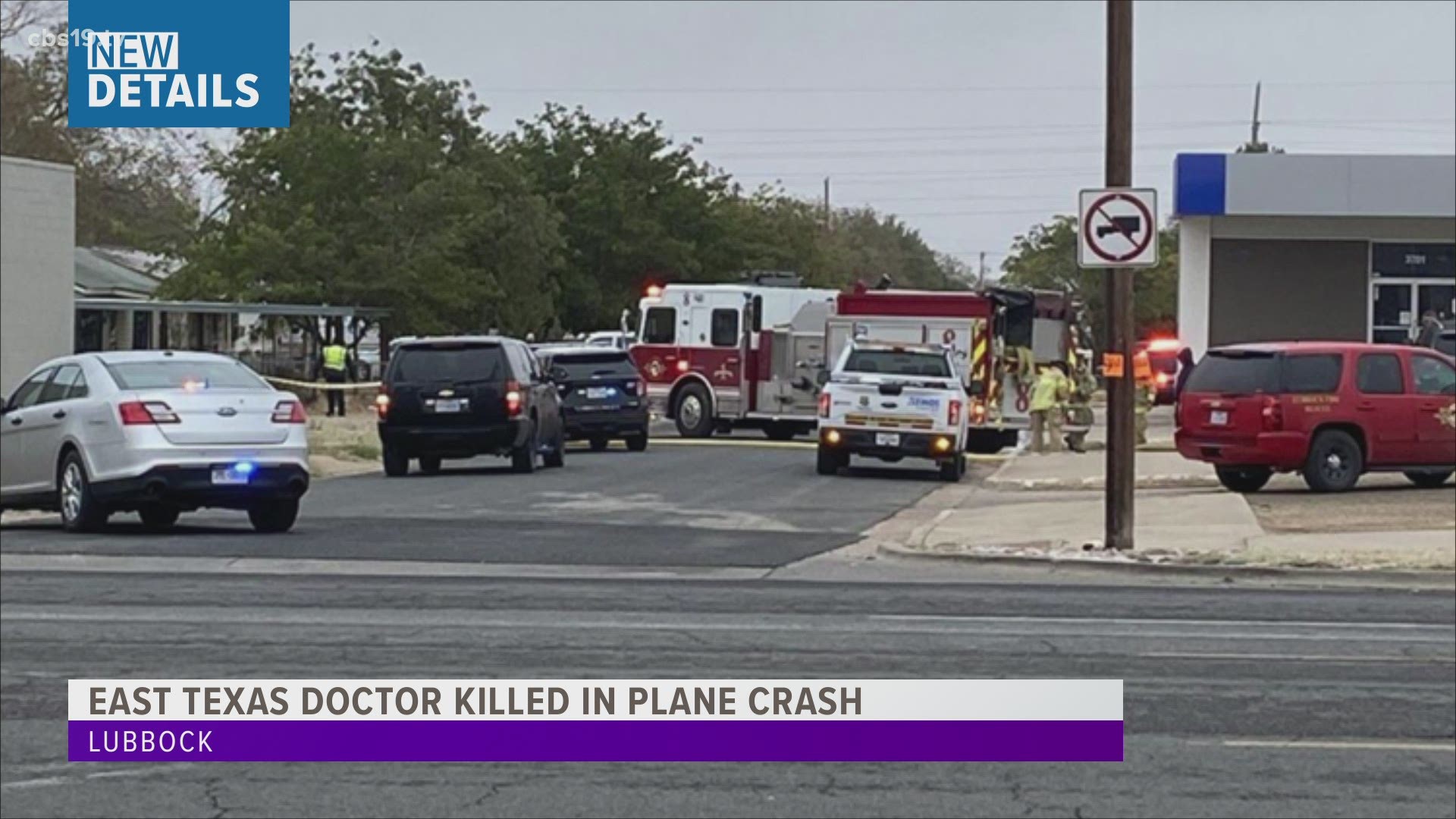 LUBBOCK, Texas — A Hallsville man is dead following a plane crash in Lubbock.

According to Fox 34, the crash occurred on Monday, just before 4 p.m., near Avenue A.

"A representative with the Federal Aviation Commission confirmed the single-engine Cessna took off in Belen, New Mexico and was supposed to land at Lubbock International Airport," Fox 34 reports. "They also confirmed only one person appeared to be on board."

The lone person on board was identified as 69-year-old Dr. Donald Eakin. He was pronounced dead. Officials from UT Health tells CBS19, Dr. Eakin had privileges at UT Health in Carthage.

JUST IN: Donald Eakin, 69, of Hallsville, was killed in a plane crash Monday in the Lubbock area.

Fox 34 reports there were no injuries on the ground and no damage to structures other than a fence of the backyard where the plane landed.