HAUNTED HISTORY: CBS19 takes you to some of the most haunted places in Texas

From hotels to bridges and roads, here are some of the spookiest locations in the Lone Star State! 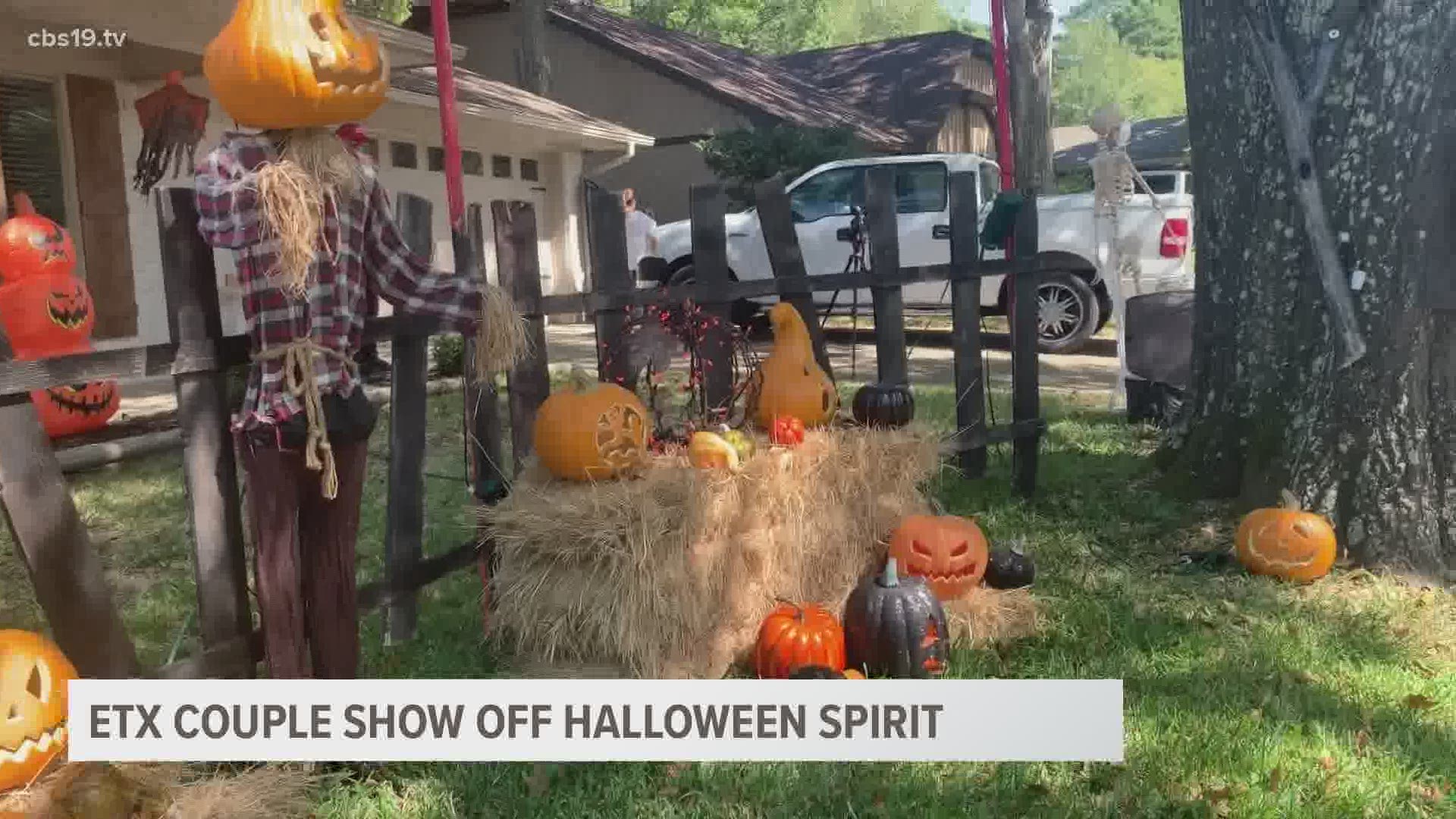 TYLER, Texas — **EDITOR'S NOTE: The above video is from a previous story about how an East Texas couple goes all out every year for Halloween.

Halloween is right around the corner and what better way to celebrate than with the most haunted places in Texas.

From hotels to bridges and roads, here are some of the spookiest locations in the Lone Star State!

If the walls of the Hotel Galvez & Spa could talk — and given that the historic hotel is rumored to be haunted, many people believe they do talk — oh, the stories they could tell.

Read about more of the hotel's so-called spirits here.

According to OnlyInYourState, the third floor of the hotel features a portrait of a young girl who is holding flowers. The portrait is said to make guests feel as if they're floating which then knocks their equilibrium off for a few hours.

"Also, witnesses have reported seeing apparitions in chairs or windows, feeling strange sensations on their arms and faces, and hearing sounds of people upstairs when no one's there," said OnlyInYourState.

In an April 2015 post OnlyInYourState mentioned the Bragg Road Ghost Lights as being number nine out of "13 Haunted Places In Texas Will Send Chills Down Your Spine."

According to the legend, if you travel down the old logging road in the dark of night you can see a light flickering on and off in the distance.

The light is supposedly the lantern of a railroad worker looking for his head which he lost in a train accident.

Guests have seen their fair share of unexplained, but unlike many allegedly haunted locales where stories are passed from one guest or employee to another, the staff of the Jefferson Hotel have taken care to record as many encounters as possible in the experiencers own words.

According to the hotel, During the latter years of operation, a Book of the Dead was kept behind the front desk, in which guests were encouraged to write down the details of any contact with the hotels spirits.

Sadly the last owner of the hotel took the book with them and it cannot be found but the current owners have started a new one.

You can check this book out from the front desk to read and write about experiences if you are a guest at the hotel.

According to HauntedHouses.com, there are 49 spirits still claiming the Baker Hotel.

However, per OnlyInYourState, there are two main spirits that still lurk inside the hotel's walls, and several witnesses have claimed to see them.

"One is a ghost of a bloody nude woman on the seventh floor, possibly the mistress of the hotel manager," said OnlyInYourState. "Apparently the emotional stress from the affair got to her, and she jumped from the balcony to her death. Other people claimed to have seen the ghost of a man who was killed after being caught in an elevator door."

According to BackPackVerse, Stagecoach Road has been haunted since the early 1800s.

"Forced out of New Orleans, a voodoo priestess once moved to Marshall," said BackPackVerse. "But the townsfolk were terrified of her powers and hung her from a tree on Stagecoach Road. Now, her spirit has been spotted wandering along the road whenever there’s a full moon out."

Per BackPackVerse, those who have seen her claim she carries a shrunken head in her hands while she walks.

The Wilson and West College Street intersection is where the Monkey Bridge is located and people who live here say it's haunted.

The bridge's name comes from a tragedy that happened in the 1960s when, supposedly, a circus train derailed and monkeys escaped from their cages. It is said the monkeys then killed the circus owners.

RELATED: The legend of the Haunted Monkey Bridge

Abandoned for decades or was it?

Drawing parallels to the 1959 American horror film, “House on a Haunted Hill," the Palestine Old Memorial Hospital was said to be haunted by ghosts, or something else, making it almost a rite of passage to walk the hallways late at night.

RELATED: Old Memorial Hospital: The history behind the haunting

According to the Tyler Morning Telegraph, another East Texas building believed by some to be haunted is the Wise Auditorium at Tyler Junior College where a ghost named George is said to be roaming the theatre

"According to local lore, George might be the ghost of a person who fell to his death from the light grid and he haunted the auditorium for years until TJC moved much of its productions to the Jean Browne Theatre in the Wise Cultural Arts Center," the Tyler Morning Telegraph reported. "But then it is believed by some that George also made the move."

According to the Tyler Morning Telegraph, there is the story of a bloodied woman in white carrying a knife on Old Bascom Road.

"The story claims the woman stabbed her husband, thinking she killed him and took her own life," the Tyler Morning Telegraph reported. "From time to time, the woman is seen, as she is hoping to finish off her husband, who survived her original attack."