"We wanted to make it a magical Christmas for downtown Henderson because of what 2020 has been for everyone." 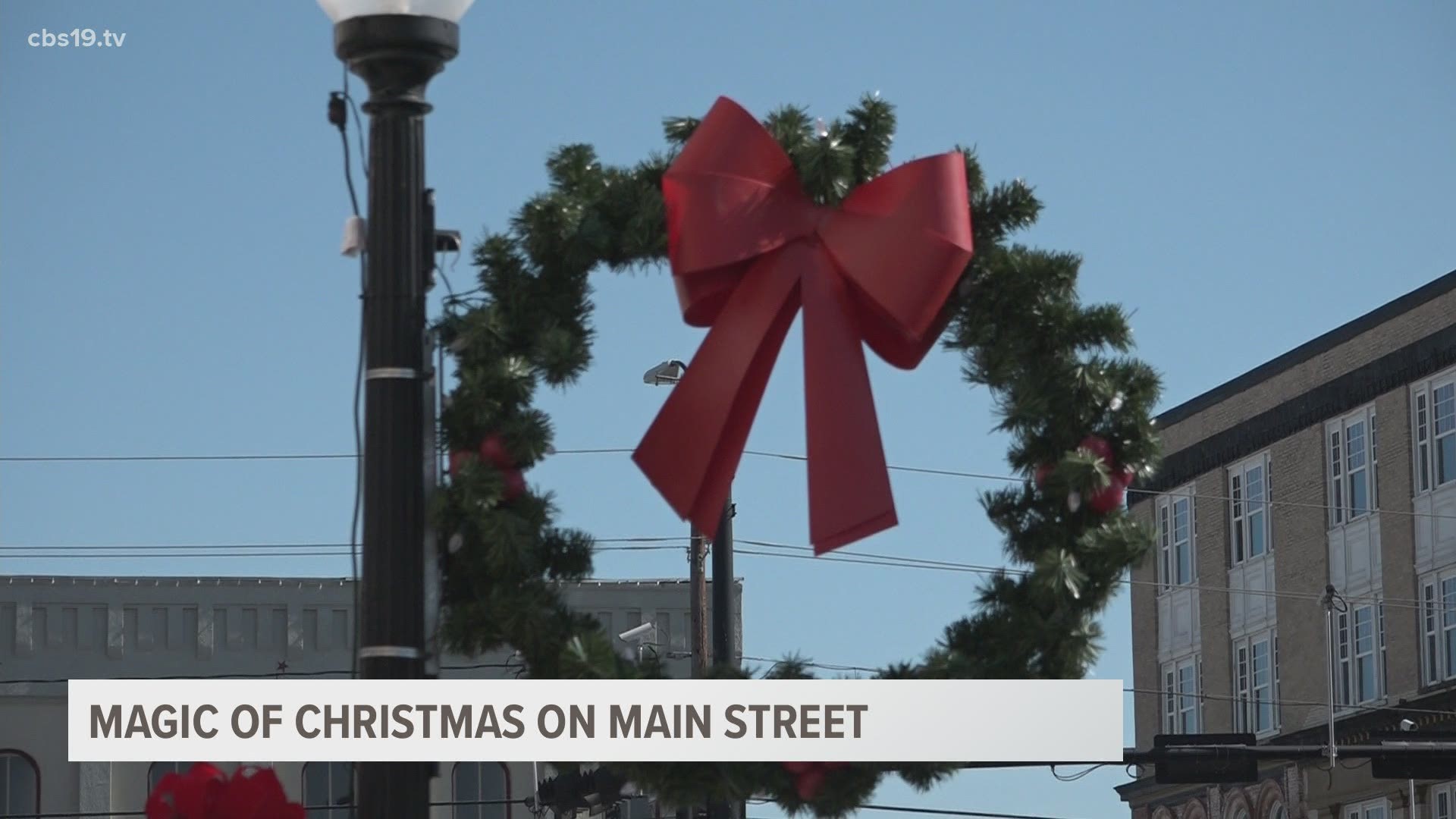 TYLER, Texas — Driving through downtown Henderson you wouldn't be faulted for saying it felt more like the middle of December as opposed to early November. Christmas trees, lights, and other decorations hang from nearly every store on Main street as they get ready to celebrate the Magic of Christmas on Main Street.

Donovan Dickson, the owner of Donavan's, an interior design store, is just one of many downtown businesses taking park in Magic of Christmas, and he says for him the best part is seeing the smiles on kids' faces.

"We wanted to make it a magical Christmas for downtown Henderson because of what 2020 has been for everyone," Dickson said. "And Christmas is the time that is magical."

Donovan isn't the only place excited for the weekend. James Nicholson, the Co-owner of Rayford Florist and Gifts, says this be a great opportunity for people to check out Henderson and learn how much effort the city and all the downtown businesses put into creating a fun experience for all ages.

"The City of Henderson itself and our Main Street advisory board, who watches over downtown with us, we all came together and just really wanted to punch up what we do this year," he said.

The Henderson Syrup Festival was scheduled next week but was canceled due to the coronavirus pandemic. Because of that, a lot of local businesses have been working to try and make Magic of Christmas extra special.

"It normally brings in 25-30,000 thousand people over that on that Saturday [Henderson Syrup Festival]," Dickson said. " It was upsetting at first but we kind of came together as a community decorated the downtown more than we do normally."

The festivities start Nov. 6 and continue through the weekend.