Blocking the Aisle: How couples can navigate the post-pandemic wedding boom

Many couples postponed their ceremonies during the pandemic and are now fighting for dates and venues with couples who always wanted to get married in 2021. 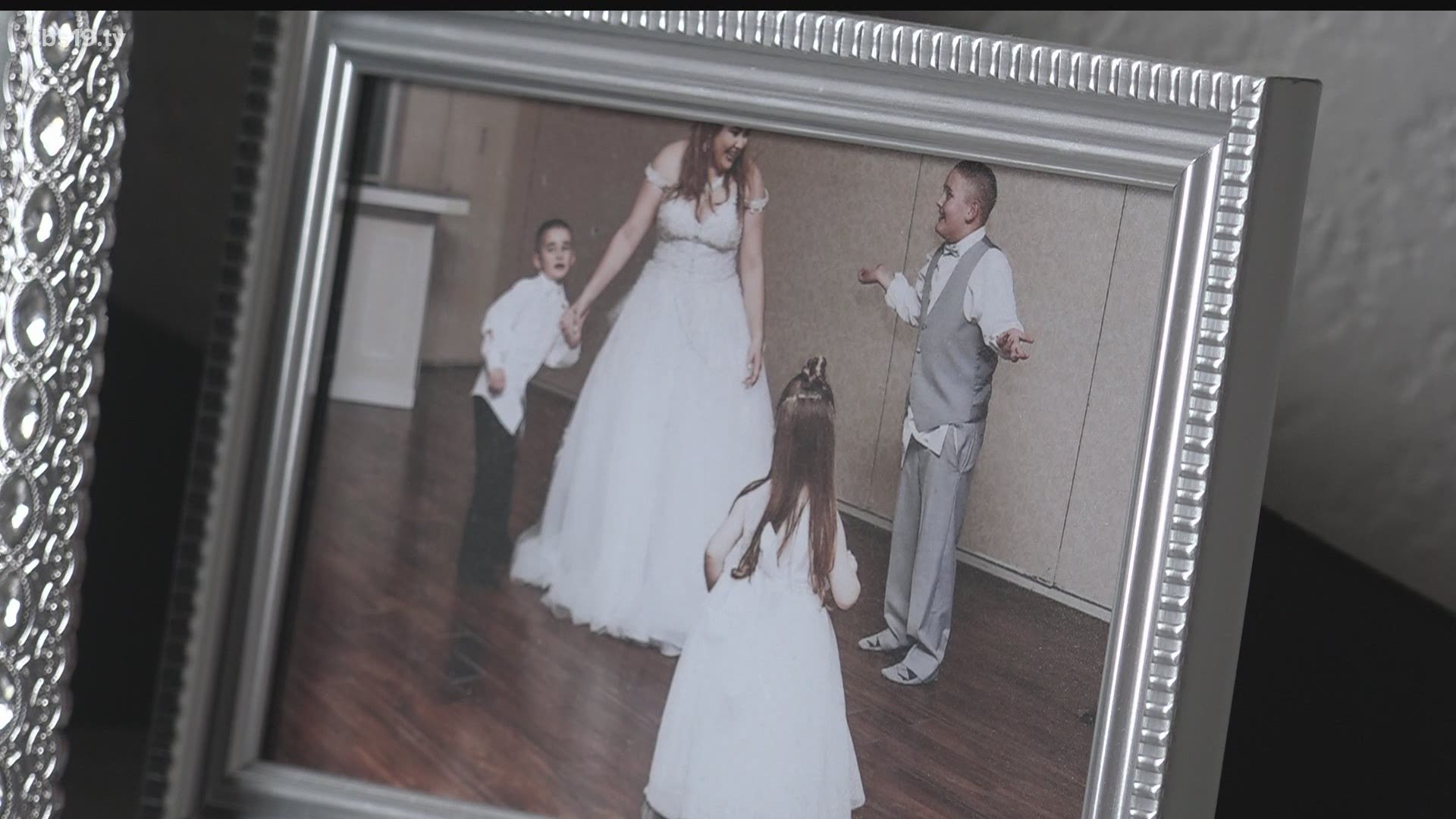 LINDALE, Texas — The walk down the aisle feels a bit like rush-hour traffic this summer for lots of East Texas couples.

The pandemic stopped lots of brides and grooms from having the weddings of their dreams. Many of them are now ready to tie the knot now but find themselves tangled up in a brand-new set of challenges.

“I try to be encouraging,” Baylee Rhodes said, sitting in front of photos from her wedding. “That's really all you can do.”

Rhodes is a wedding planner based in Lindale, trying to give the same magic she felt on her special day to other couples in East Texas and the Dallas-Fort Worth metroplex. “It's just, at this point,” she explained, “they've waited so long, and they really just want to be married.”

The pandemic interrupted the wedding business, like most everything else. Rhodes felt the shock as it wiped out most of her first full year as a wedding planner. “I think I ended up only having two weddings in 2020, October and November,” she said, “and everything else got pushed.”

Rhodes spent much as the pandemic trying to calm her clients and speak to unsure vendors. Some couples chose to postpone their weddings, while others canceled their grand plans settled for just a certificate.

“You know, you have some really laid-back couples,” Rhodes said. “But understandably, you have some who are worried and who are on edge and who just want to get it planned and get the it's supposed to be such an exciting time.”

As a result, 2021 has become a wedding bell bonanza. The “COVID couples” who delayed their big day are competing for venues and dates with couples who initially set their sights on this season. Rhodes said some couples are accepting unusual dates in order to secure their venue of choice.

RELATED: Will life milestones change amid a prolonged pandemic?

“Every once in a while, you'll get a Friday, but I mean, we see Thursday, Monday, just whenever they can get in,” she stated. “But as I said, a lot of times, the people who had to get pushed back because of COVID, they'll actually get first pick. So, those brides usually get Saturdays and Sundays. It's the new wave of engaged couples that sometimes have a harder time and have to kind of push out their dates and things like that.”

Rhodes said some venues are offering discounts to “COVID couples” to help them finally celebrate their special moment. But the couple still needs to lock in a caterer, florist, deejay, and more. “These vendors, they also can't do 20 weddings a day,” she mentioned. “That's one of the biggest obstacles I've personally had as a planner is trying to set up, you know, caterers or florists because they're booked, and they have a hard time accepting new clients.”

Rhodes said she is encouraging newly-engaged couples to consider what they need to have as part of their wedding and what they can live without. For those who want a traditional wedding, “I think that if you wait until 2022,” she said, “or, you know, plan for later in the year, you're going to have a better chance of having options.”

For some couples, though, doing things a little differently is the best idea. Rhodes said some of the backyard “microweddings” in which a handful of people are present and more watch from home on Zoom have been the most memorable.

“Those 10 people are you know, they know that they're the closest to you,” she explained, “And they—you had to have them there to have the wedding. Basically, at that point, those are the essential people you had to have there. So that, that is, it's special in its own way.”

Either way, dreams of “I do” can come true.

If you need some wedding planning inspiration, the East Texas Bridal Expo returns Saturday, July 31st on the campus of UT Tyler.