U.S. expected to hit record voter turnout, but what does that mean for election results? 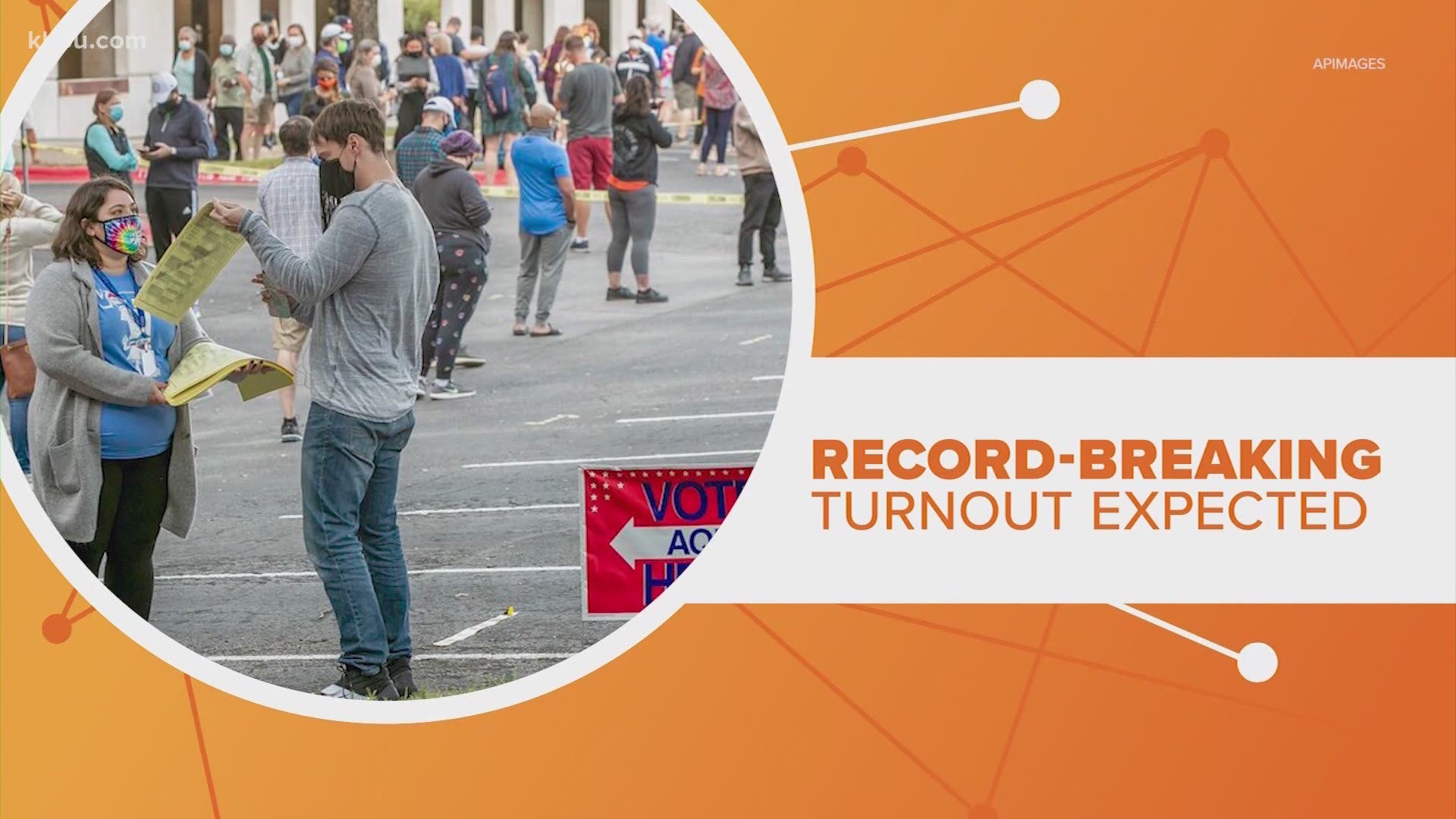 In 2020, voter turnout is expected to shatter records this election, so what does that mean for the outcome?

Political experts are predicting the highest percentage of voter turnout in more than a century.

Forecasts are suggesting 150 million Americans will vote this fall, and while the coronavirus pandemic could make a dent in that prediction, not everyone is so sure.

Many states have expanded voter access in response to coronavirus, expanding early voting and mail-in voting. And so far, early voting totals are backing up that record shattering prediction.

So who does all this help? According to election watchers, a lot of this early voting is being done by Democrats.

But that doesn’t mean a landslide for former Vice-President Joe Biden.

Republicans predict their voters will show up in force on Election Day, which has been the case historically. And they may be right.

We had a surge in voter turnout in 2018. While that helped Democrats in the House, it also helped Republicans in the Senate.

And when it comes to polls that ask people about why they are interested in this election… The Atlantic reports Republicans are just as passionate as Democrats in this election, suggesting both sides are geared up to go vote.