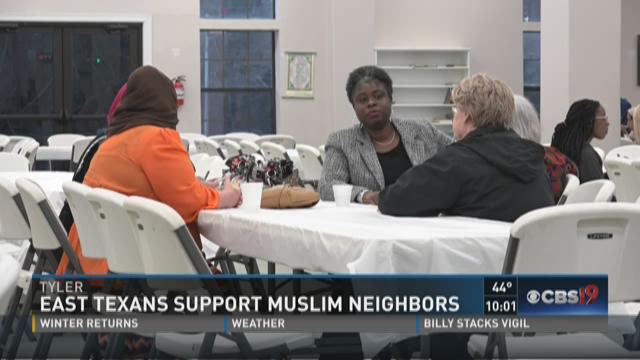 Hundreds from across Tyler gathered Thursday evening to show support for their Muslim neighbors.

"With all of the rhetoric and everything you hear on the news, this is really refreshing and is just amazing to us," said Anwar Khalifa, spokesperson for the East Texas Islamic Society

"We wanted to make sure this is about everyone coming together to support the Muslim community," said organizer Jen Katz.

Katz, whose husband is a rabbi, came up with the idea along with several friends.

"It became much bigger than we anticipated," she said.

"I think it's amazing how it turned out, where most people I talked to said they haven't been here before," said Katz.

"It just goes to show you how great of a community we live in," said Khalifa.

Katz said she hopes Thursday's event encourages people to continue sharing kind gestures -- not only directed at the Muslim community -- but everyone.