The City Tyler is discussing plans to update the Rose Plaza Shopping Center ahead of a new business opening in the former Hastings Entertainment building. 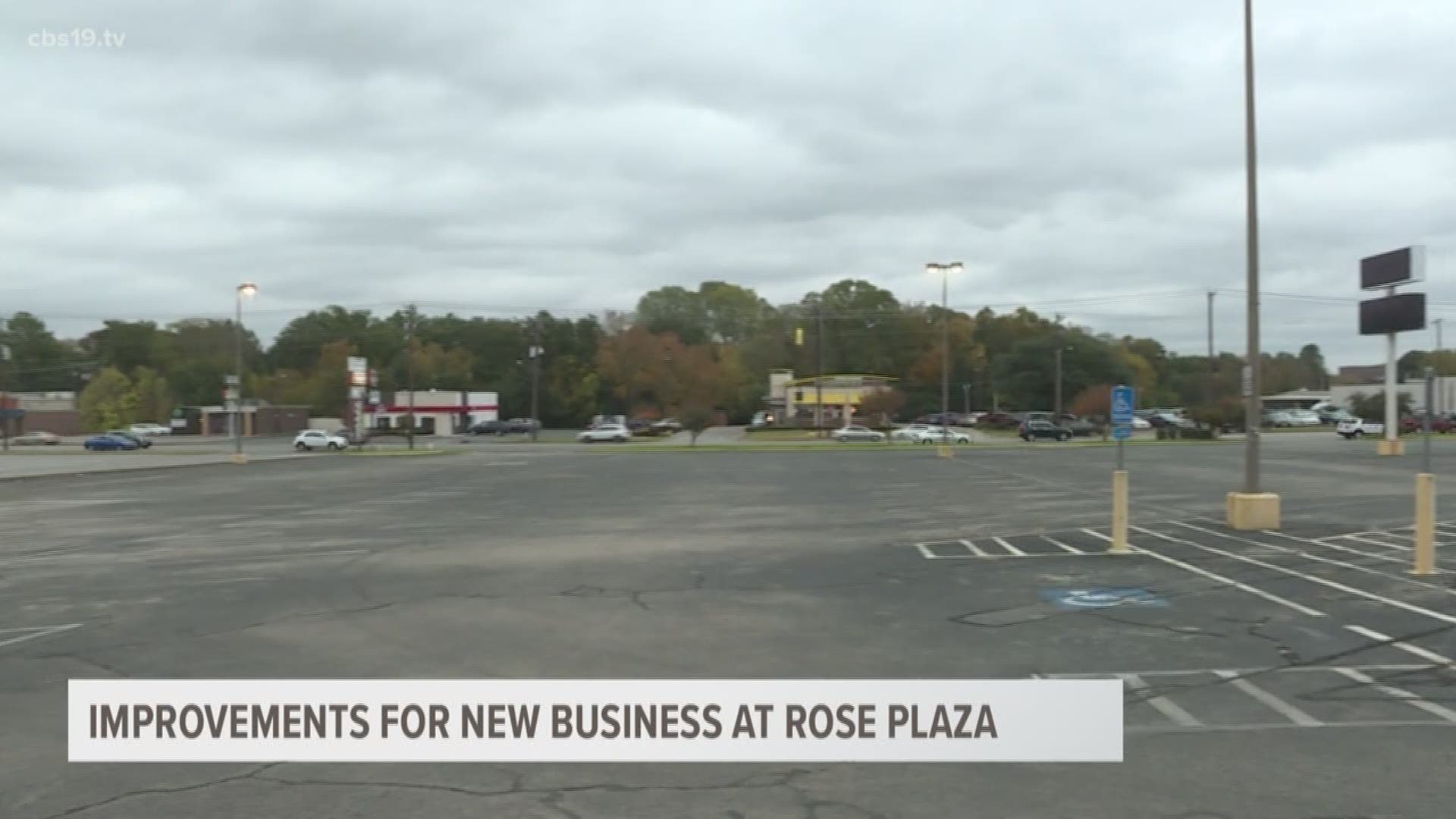 TYLER, Texas — Ever since Hastings Entertainment closed more than three years ago, the largest store front in the Rose Plaza Shopping Center has remained empty.

The shopping center is located off South Broadway to the north of Loop 323.

However, Noble RE, LLC, a development company out of Dallas, has asked the City of Tyler to help fund improvements to the shopping center for a new business.

“It's a new development that’s going into one of the existing storefronts,” said city engineer Lisa Crossman. “Because that [project] has to do with the streets and traffic signals and just the fact that it [...] involved city maintenance."

According to Crossman, the project includes updates to the shopping center’s three entrances.

“One intersection is going to become a […] new traffic signal,” Crossman said. “One of the driveways will be closed permanently and then one of the other driveways will have some minor improvements made to it.”

The location plays a role in why the City of Tyler was asked to help finance the improvements.

Broadway Avenue is owned by the Texas Department of Transportation (TxDOT,) not the city. Because of this, the Tyler City Council will take a vote during Wednesday’s meeting to decide whether to enter a contract with TxDOT and the developer.

“TxDOT had some requirements that really weren't originally anticipated by the developer,” Crossman explained. “The developer is picking up the majority of the cost for those improvements, but again, they've requested financial assistance."

Rumor has it that the new business going into the shopping center will be a Sprouts. A quick Google search for "Sprouts Tyler, Texas" shows the same address as the former Hastings Entertainment.