Brushawn Lewis said he was on his way home from the UT-LA Tech came when they decided to stop in Bastrop for a bite to eat. 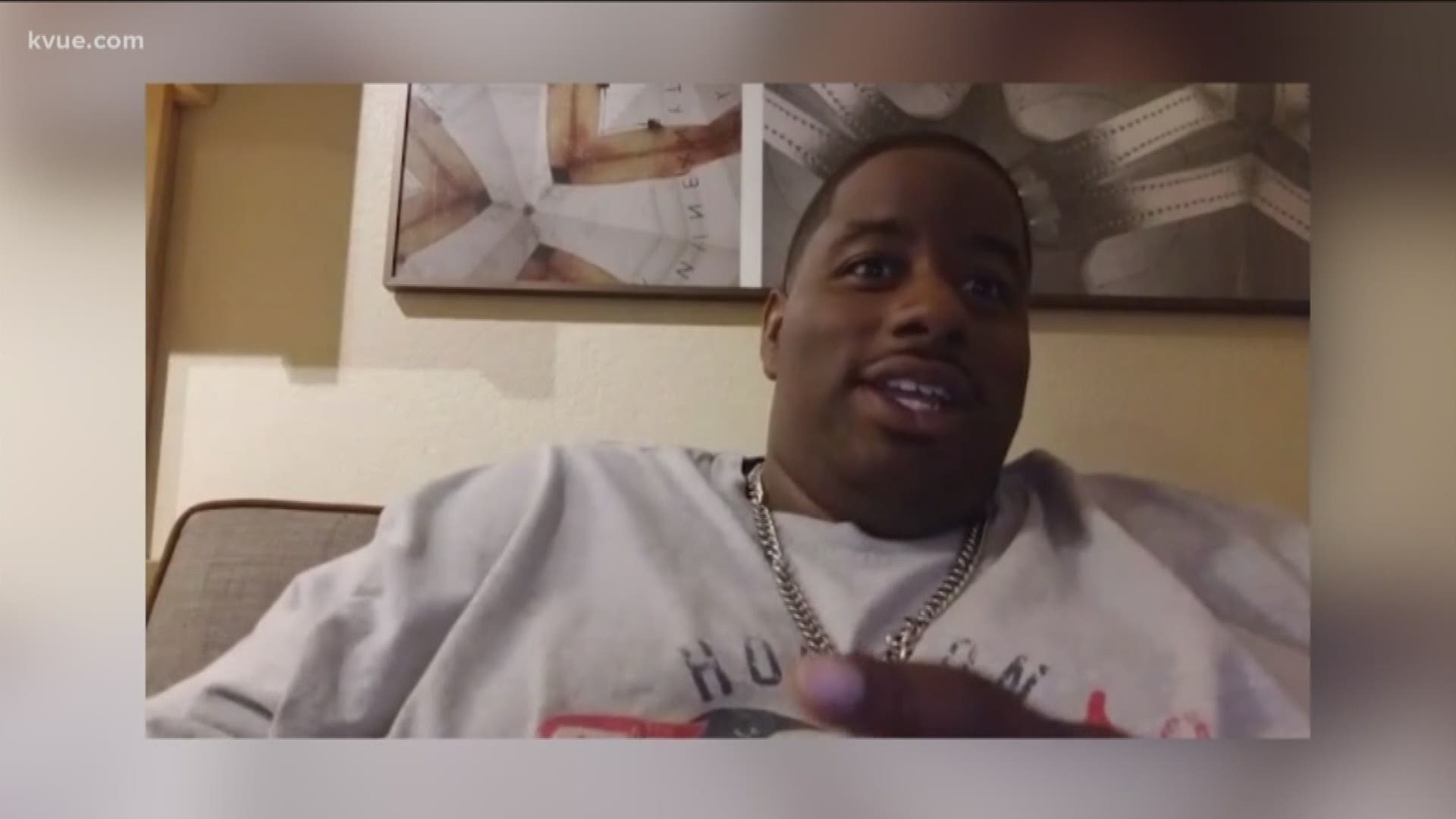 BASTROP, Texas — After a video of a mouse diving into a deep fryer at a Bastrop, Texas, Whataburger went viral, the man who caught it all on camera is speaking up.

Brushawn Lewis was driving home to Lake Jackson, Texas, after taking his best friend's son to the University of Texas vs. Louisiana Tech game on Saturday. On the way home, they decided to stop by for a bite to eat at the Whataburger at 401 TX 71.

"So we get to Whataburger and I order my food. I run into my cousin who’s there and I'm talking with him," said Lewis. "Then, my food – they call me up and say my food is ready, so I sat down and I’m eating my fries."

He said he immediately stopped eating when he heard his cousin yell that the critter had been spotted. Then he notified the manager, who said they would be refunding all the customers.

Then, he pulled out his phone and started recording. He eventually uploaded the chaos to his Facebook page, and it has since been shared more than 69,000 times.

"I wanted everybody to see what I see. Restaurants need to be exposed on stuff like this," said Lewis. "The manager and the workers didn't seem like it was a big deal. It was no shock to them when we brought it to their attention – so that's why I recorded everything."

However, he said he and everyone in the restaurant had no problem getting their refunds.

"We did get our money back," he said. "They gave everybody who was in the restaurant, who had a receipt, they gave us our money back with no problem."

He said it all happened around midnight and there was a decent crowd in the restaurant.

"They was just going crazy by seeing it," said Lewis. "They had other people that had their phone out and recording and stuff too."

"Thank you for bringing this to our attention. At Whataburger, cleanliness and food safety are top priorities for us. In this instance, we closed the restaurant out of an abundance of caution and notified pest control. The entire restaurant has since been cleaned and sanitized. We addressed this situation as quickly as possible, reinforcing procedures with our Family Members. While we’ll continue to be very diligent, it’s important to know there was no history of this type incident at this unit and there is no ongoing issue. A member of our team would like to reach out and address any concerns. Can you please share your contact information with us?"

Throughout it all, he said he didn't think anyone was trying to harm the mouse. A female customer even tried to help.

"When the girl went behind the counter, she was trying to capture it and she was going to release it outside," he said. "Nobody was trying to harm the [mouse] whatsoever."

Sadly, the mouse jumped into the fryer.

"It was like, 'Oh my, oh my God,' ... 'It's a deep-fried rat. It's fried, it's fried cuz!' It was crazy," said Lewis. "Companies need to – restaurants really need to do their inspections in their establishment, you know? So customers don’t have to witness this."