From August 24 to August 28 the Jacksonville Animal Shelter will waive all pet adoption fees. 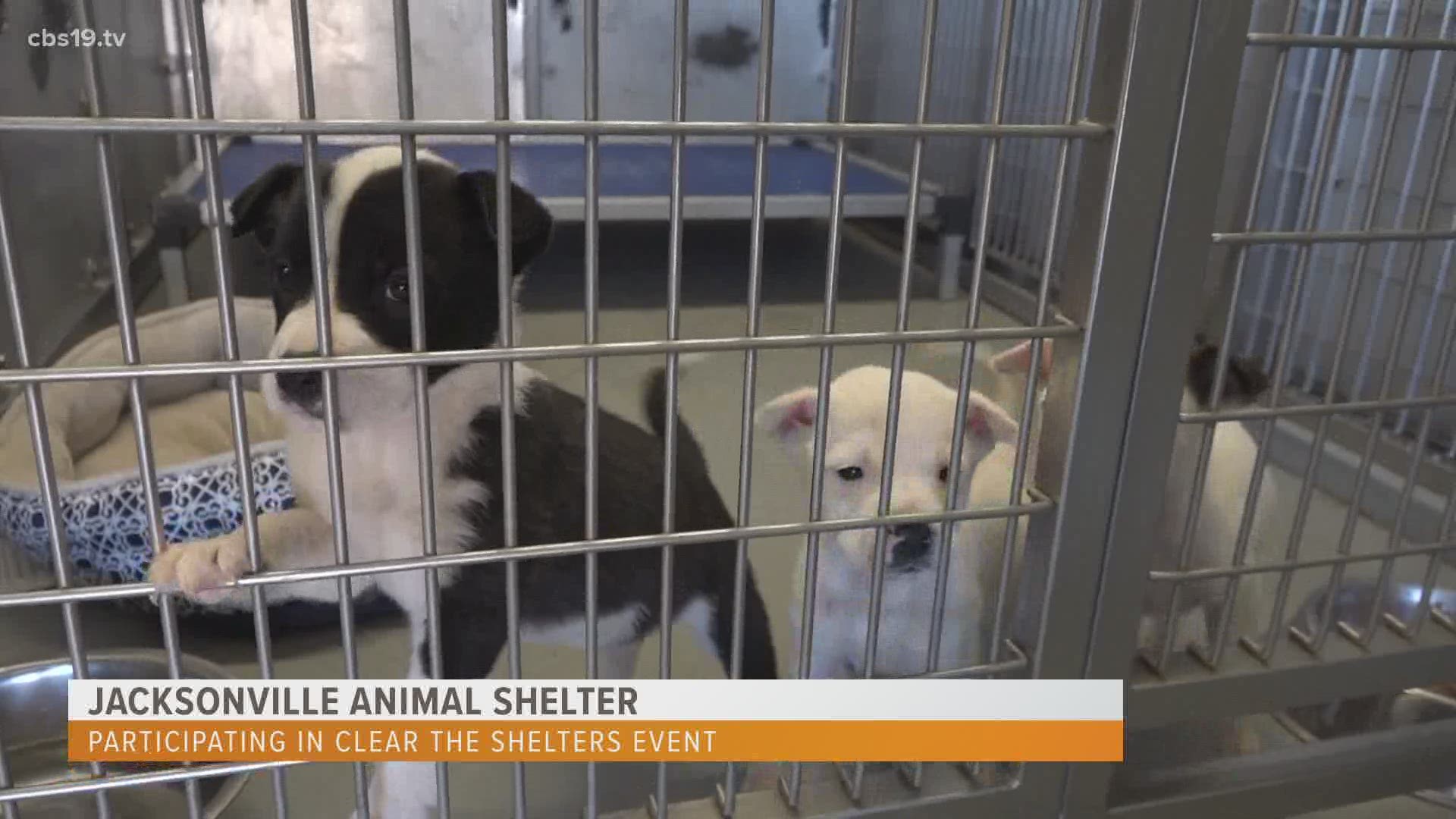 JACKSONVILLE, Texas — It's Clear the Shelters month, and shelters all over the country are waiving their adoption fees to help pets find new homes.

The Jacksonville Animal Shelter is one of the many shelters participating. Gary Grimes, director of animal services, says he hopes this will get people to adopt over buying a new pet.

“I would just like to see people come to the shelters and adopt instead of going someplace and spending money on something you don't know,” Grimes said. “Come spend a little bit, get a friend that needs a home more than some of these that are being bred out here.”

Adoption fee’s for dogs and cats at the Jacksonville Animal Shelter are $40. However, from August 24 to August 28 the shelter is waiving adoption fees.

All pets at the shelter come micro-chipped, “we have to microchip them before they go out, even if they're a strain that comes in and reclaimed by an owner their microchip,” Grimes said. “That way that'll allow us, or a vet, or any other shelter across the United States to be able to identify the owners and get them returned to their families.”

It is every adopter’s responsibility to get their pets spayed or neutered. The shelter is asking the public to call and make an appointment before heading to the shelter. "We're still requesting appointments, be made. Call us, we'll set up a time to meet you, the family, even if you have a pet in the house you can bring them to see how they interact,” Grimes said. “We'll bring them out one at a time to greet, play with the families, and see how they interact.”

Masks are required, but can be taken off when meeting a pet. “It's kind of scary and spooky animals most of the time,” Grimes said. “So once they get in we back off and, you know, they're free to visit with the animals without their mask on so they don't have any fear of the people that they're visiting with.”

According to Grimes, there are many dogs to adopt, but the shelter is overfilled with cats. “We're not that much with dogs now, we've had several rescues and several adoptions in the past few weeks, so we've been able to get some dogs out,” he said. “But it's a kitten season and we are full and everybody around us is full of cats.”

If you would like to schedule an appointment, call the shelter at (903) 339-3386. To see available pets go to Jacksonville Animal Shelter.