John Stevens is facing negligent homicide charges in the death of Christopher Bonilla. 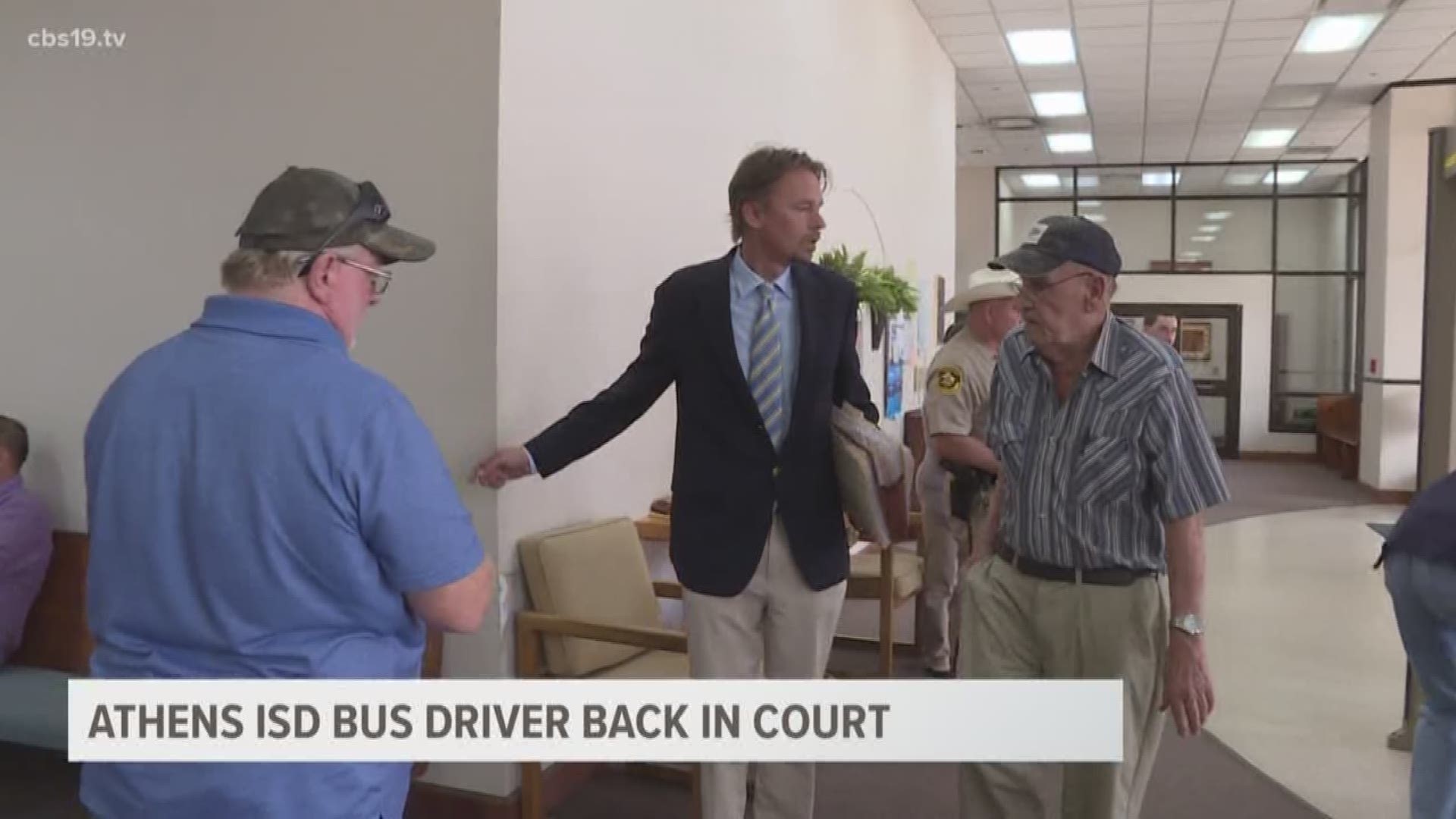 ATHENS, Texas — A Henderson County judge approved a motion for continuance filed by the attorneys for the former Athens ISD bus driver involved in the train vs. bus crash that killed a student earlier this year.

John Stevens was in court for a discovery status hearing. His lawyers had filed a motion requesting a continuance in the case on Sept. 6 as they await more evidence.

Inside the courtroom, it took Judge R. Scott Mckee less than 30 minutes to grant the defense's request.

"There's some additional information discovery that we requested," Justin Weiner, one of Stevens' attorneys, said.

The defense has asked Athens ISD for the schedules of school bus routes and anything related to rail road crossings.

The judge said in court that he would order the school district to release that information before the next discovery status hearing.

The motion filed Sept. 6 also said that Stevens' lawyers had just received the information from the Union Pacific train's data event recorder, aka the black box, they requested in August.

"We were told originally that information hadn't been subpoenaed and wasn’t in possession of the district attorney," Weiner explained. "It turns out that it was oversight by the DA himself, Ultimately, they did have it and that has been turned over to us."

Stevens is facing negligent homicide charges in the death of Christopher Bonilla. Prosecutors claim Stevens was negligent when the bus he was driving was hit by a Union Pacific freight train on Jan. 25.

The judge has rescheduled a status hearing on Oct. 10. A pretrial hearing has been scheduled for Nov. 7.

Stevens is also one of five defendants in a civil lawsuit brought on by the families of Bonilla and JoselyneTorres, who was injured in the crash.