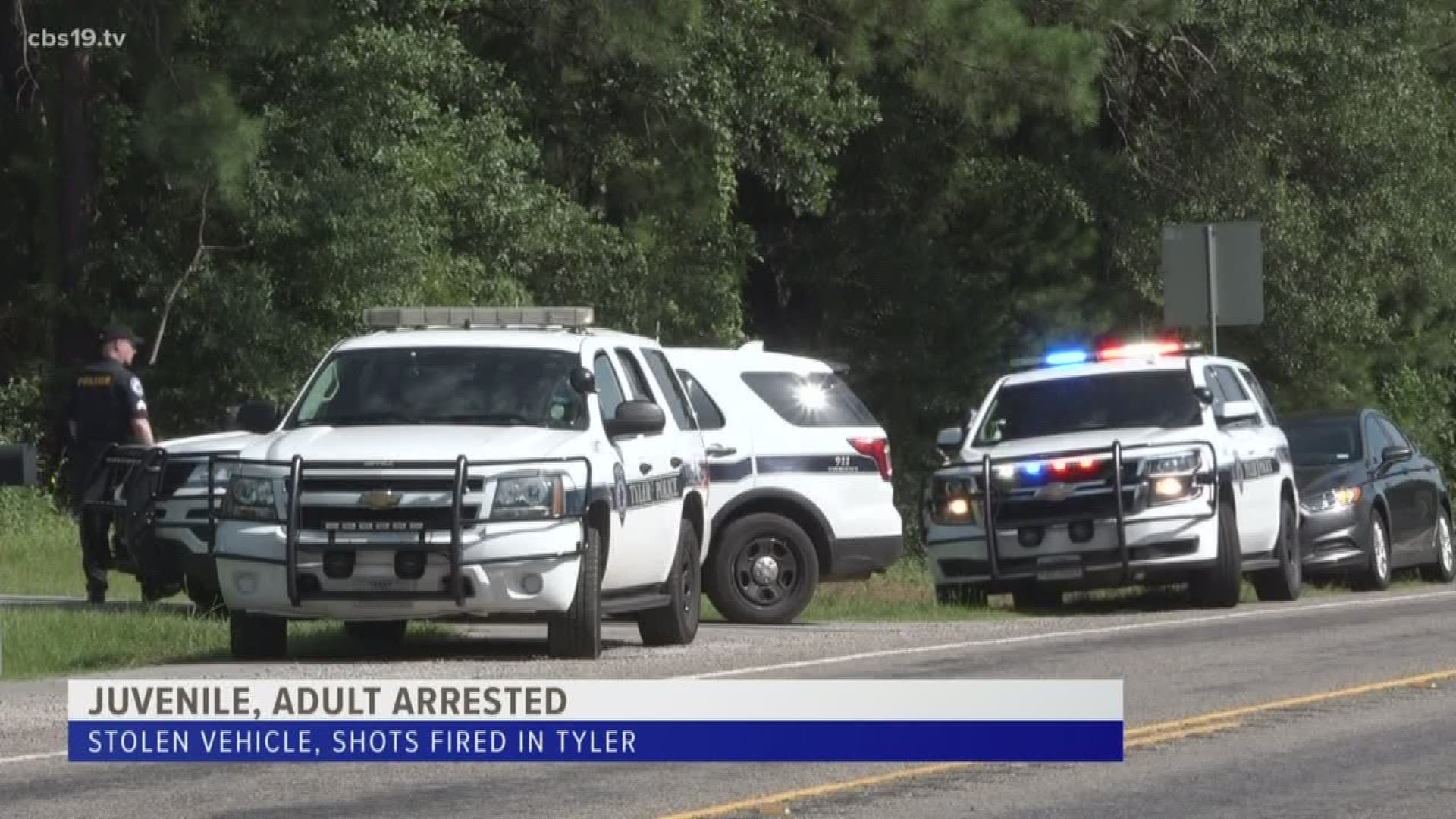 TYLER, Texas — Two people are in custody after a vehicle was stolen overnight in Tyler.

According to the Tyler Police Department Sgt. Adam Colby, around 3 a.m. on Saturday, a vehicle was stolen "within the city limits."

5 police cars are currently outside a home Rhones Quarter in Tyler. Expecting an update soon about what’s happening. @kytxcbs19 pic.twitter.com/SbBlJUKi6G

Police say the victim then followed the suspects, at at distance, in a separate vehicle before the suspects abandoned the stolen vehicle in the 16800 block of Rhones Quarter Road.

According to police, one juvenile and one adult were taken into custody in connection with the crime. The TPD says at least three or four other juveniles were able to get away before being arrested.