This same area was hit last year in March by straight-line winds that were more severe. 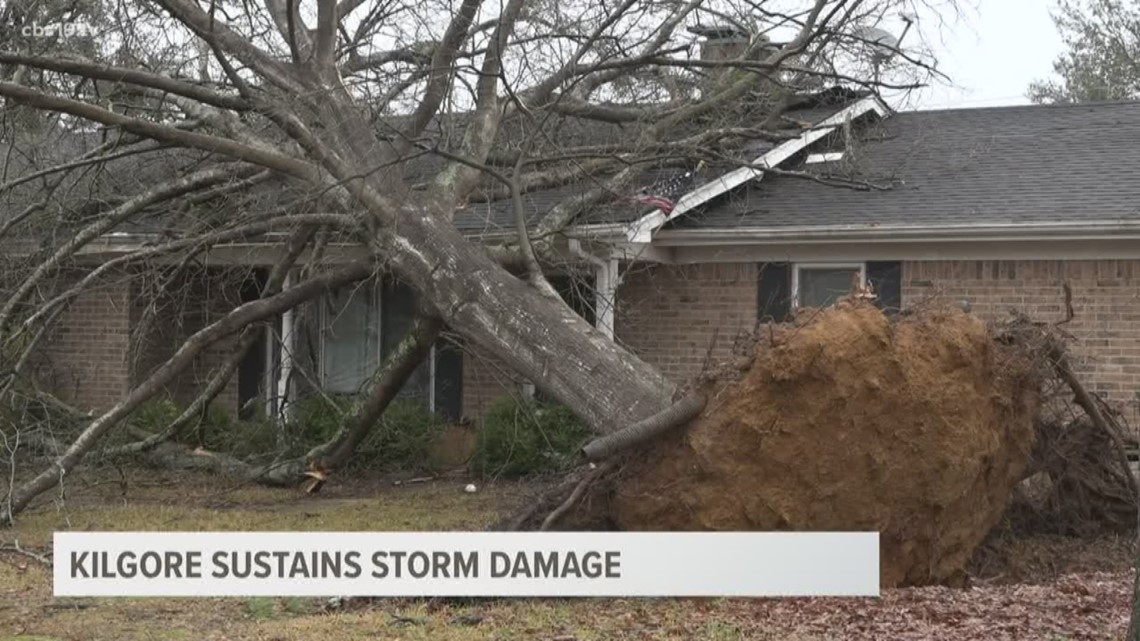 KILGORE, Texas — The remnants of Friday night's storm are still evident in Kilgore.

Roofs were torn off buildings and pieces of wood and sheet metal was scattered on the side of roads.

While the damage wasn't widespread, the worst of it was centered in two small areas of Kilgore - the corner of Commerce Street and Woodlawn Street, and also Idylwood Street.

"Most of the trees have been removed from the roadways. We have electric crews working right now," said Lt. Terry Linder with the Kilgore Police Department.

"Around 12:00 last night we woke up with a loud noise and they came through and I heard something fall and I got up," said Idylwood Street resident J.C. Bearden. "Come to the door and look and I saw a big black spot in the window and I knew then that the tree had blown over."

Unlike Commerce and Woodlawn, Idylwood's damage is in a residential area.

All over the street, trees are down with some even on top of houses.

This same area was hit last year in March by straight-line winds that were more severe.

"Fortunately, it's not anywhere near severe we're not going to have near as many structures damaged or the street issues that we had," said Lt. Linder.

Cleanup is ongoing and there's no timeline for when everything will be cleared.