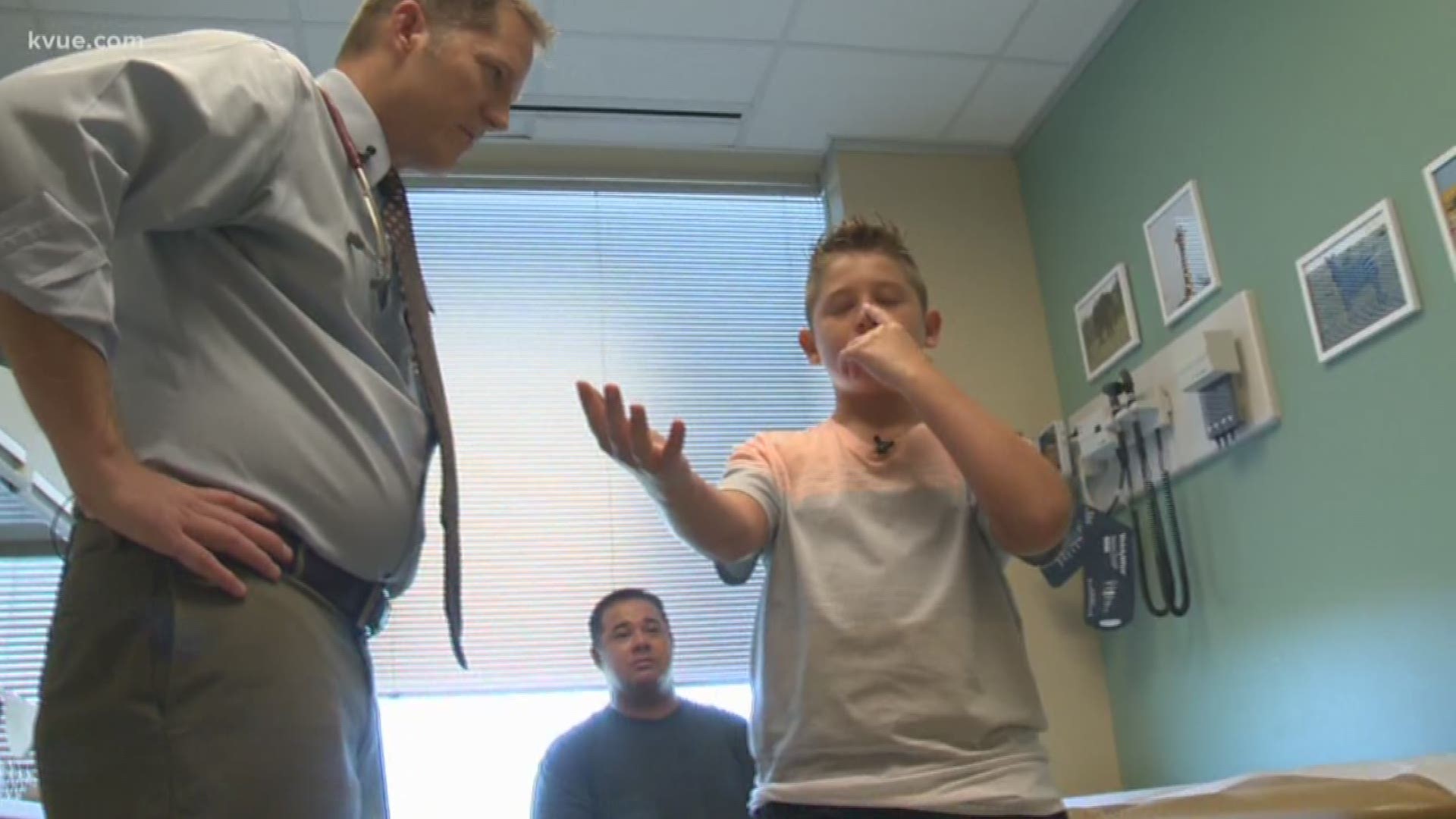 LEANDER, Texas — A Leander father is raising awareness about concussion health after his 11-year-old son suffered from at least one playing football.

"So he was coming at me at full speed. We had helmet-to-helmet contact," Jayden said. "I remember waking up with like coaches over my head and stuff."

"A concussion can cause a loss of consciousness, but it doesn't usually," said Dr. Reardon.

After a recent study that links youth tackle football to earlier symptoms of brain disease, Dr. Reardon warns that parents need to learn more about concussion health. That's why he recommends baseline testing for children before concussions, so it's easier to tell what's wrong if your child ever gets a concussion.

Warning signs of a concussion can be as obvious as unconsciousness. They also include headaches, migraines and nausea. What you may not know though is that symptoms can be subtle.

"There may be just a slowing down, a kind of fogginess. Somebody may look like they're in a daze, having trouble with their equilibrium, their balance and a lot of times it's just a slowness in responding," said Dr. Reardon.

Zurba also worries that parents don't understand the full impact of concussions, because it's not just about the big hits from tackle football.

It's something his father, a former Purdue college football player and youth football coach, admits to struggling with. Especially since Zurba suffered from concussions himself and now better understands the health ramifications.

That's why Zurba is also trying to change the way youth tackle football is played. He wants different leagues to take out the tackle during kickoffs. That way, it will reduce the impact of helmet-against-helmet hits.

Zurba has already taken Jayden out during kickoffs during his games and has him wearing protective gear.