For more information on the film or auditions, visit caddocasting.com. 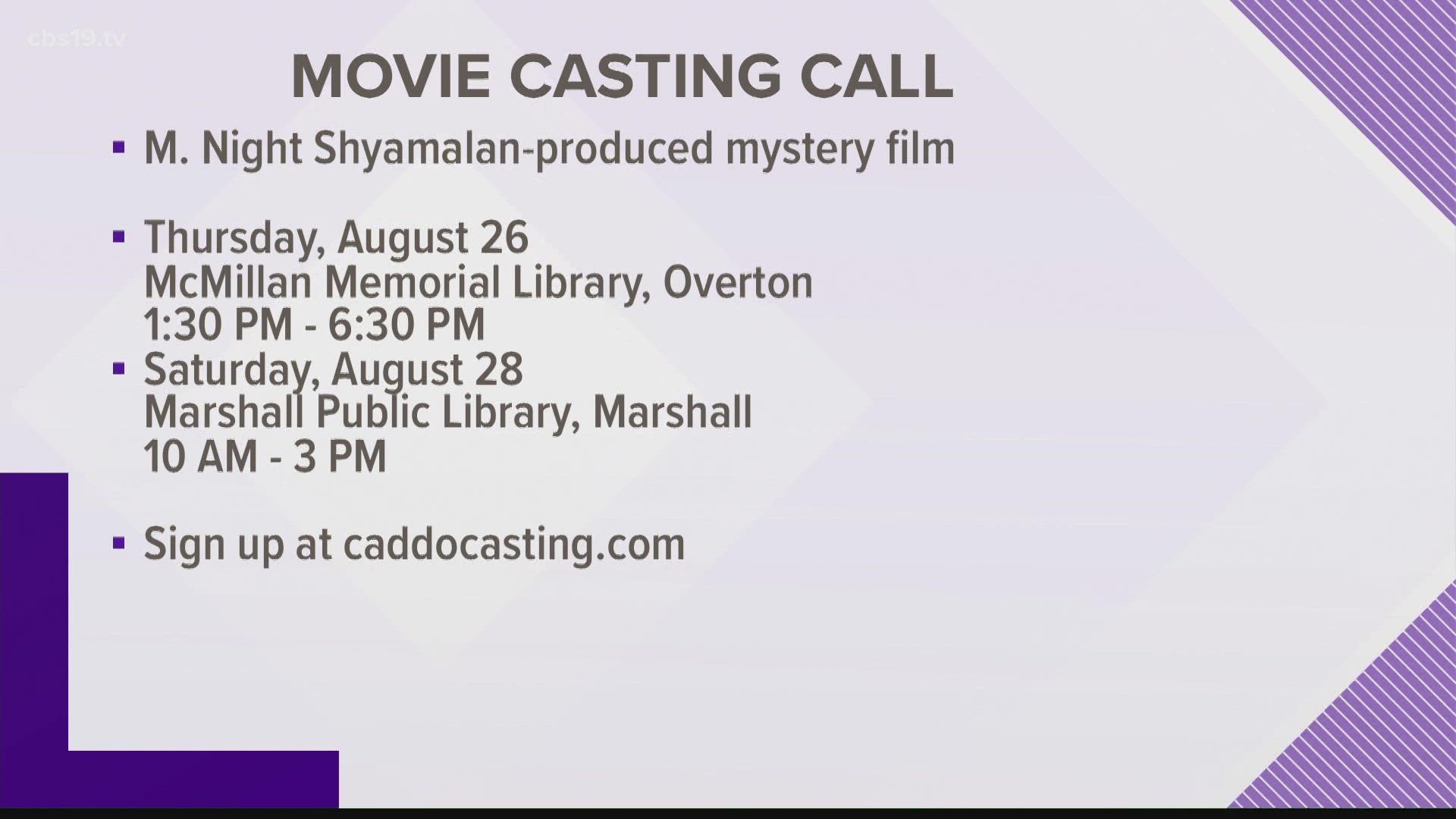 East Texas is going to welcoming the Hollywood lights, at least for a little while.

According to the Texarkana Gazette, the upcoming feature film, tentatively known as "Untitled Caddo Lake Film" is looking for locals from East Texas, Shreveport and other areas surrounding Caddo Lake to fill 40-plus paid roles with speaking parts. Most roles will only require one-to-two days of work.

The film, which is set to begin production in October, will be produced by Academy Award-winning director M. Night Shyamalan known for "The Sixth Sense" and "Unbreakable." It will be directed by Elo Films' Celine Held and Logan George.

"Held and George are dedicated to the authentic portrayal of the community around Caddo Lake," the Texarkana Gazette reported.

Online auditions can be submitted by clicking here. There will also be multiple open calls in the area. One of those open calls is scheduled for Thursday, Aug. 26, from 1:30 p.m. - 6:30 p.m. at the McMillan Memorial Library, located at 401 S. Commerce St. in Overton. Click here to sign up for the Overton audition. Another will take place Saturday, Aug. 28, at the Marshall Public Library, located at 300 S. Alamo Blvd. Click here to sign up for the Marshall audition.

For more information on the film or auditions, visit caddocasting.com and following links to the film's website. You can also email caddocasting@gmail.com.