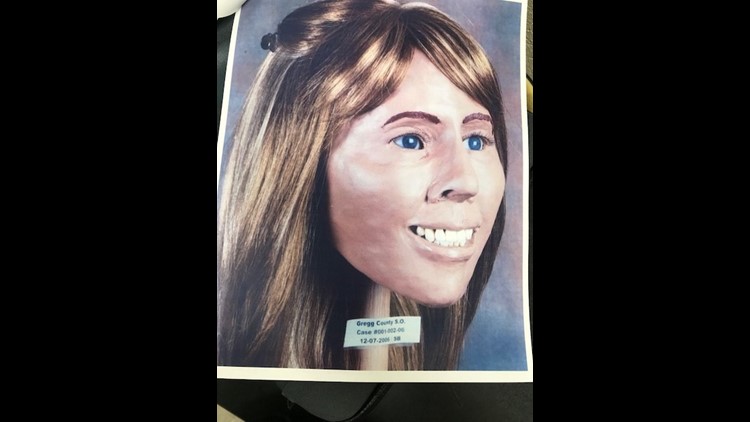 LONGVIEW — A Longview man confessed last week to two murders, including the murder of a woman who has gone unidentified since 2006.

According to the Longview Police Department, Felisha Pearson was first reported missing on July 19. Authorities found her body five days later in Longview.

Pearson's boyfriend, Joseph Wayne Burnette, arrested for failing to register as a sex offender, relating to a previous charge. During the investigation into Pearson's murder, police learned Burnette had been with Pearson around the time of her disappearance.

"Detectives and officers with both [the Longview Police Department and Gregg County Sheriff's Office] have continued to gather evidence to put all the pieces together in order to present a case to the Gregg CO. district attorney's office," Longview Police Chief Mike Bishop said. "On August 21st, Joseph Burnette gave a full confession which corroborated the investigations facts into the death of Felishia Pearson. The information we had in relation to this case was then presents to a Gregg County grand jury on August 23 of 2018."

During his confession, Burnette also confessed to the murder of a woman in 2006, who remains unidentified. Investigators have called her by the alias Lavender Doe.

Lavender Doe's body was found in October north of Kilgore in a heavily wooded area. Her body was "charred," according to the National Center for Missing and Exploited Children.

"On October 29, 2006, two men on an oil lease off of Fritz Watson Road, north of TX 31, which is north of Kilgore, discovered a woman's body," Gregg County Sheriff Maxey Cerilano said. "The 'Lavender Doe' death case has been active since day one and continues to this day."

Police say Lavender Doe was in her late-teens or early 20's with red-ish blonde or light brown hair, about 5'2'' and between 100 lbs and 120 lbs. She was wearing blue jeans and a violet/maroon sweater.

There is reason to believe her name was Ashley.

Burnette was charged with two counts of murder and failure to register as a sex offender. The judge set his bond at $2.5 million.

Sheriff Cerlino says Burnette is under suicide watch at the Gregg County Jail.

The Gregg County Sheriff is looking for any information on the Lavender Doe case. If you believe you know who she is, call Gregg County CID Lt. Eddie Hope.