Paul Shipman Jr. was pronounced dead at the scene. 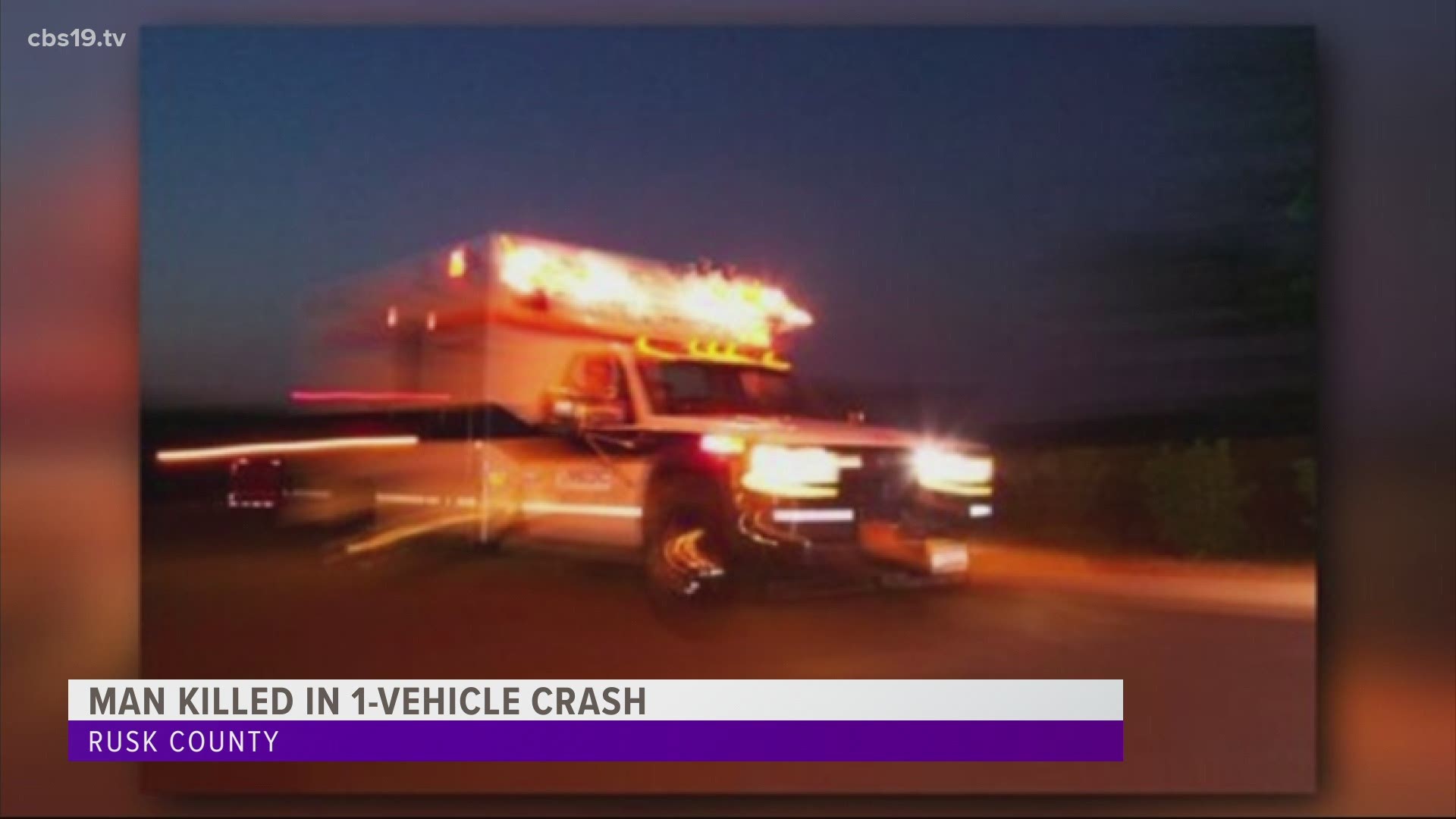 RUSK COUNTY, Texas — The Texas Department of Public Safety (DPS) is investigating a one-vehicle crash that resulted in the death of a man Monday evening in Rusk County.

Around 5 p.m., troopers responded to a fatal crash on US 259, approximately seven miles south of Kilgore in Rusk County.

The investigator's preliminary report indicates that the driver of a passenger car, identified as Paul Shipman, Jr., 26, was traveling at a high rate of speed southbound on US 259 when the vehicle went off the roadway to the west.

"The driver attempted to correct back to the left when the vehicle then struck a mailbox and post before rolling to its right," DPS said in a statement. "The vehicle came to rest on its right side after striking a concrete culvert, ejecting the unrestrained driver."

Shipman was pronounced dead at the scene and was taken to a Longview funeral home.

#BREAKING: DPS says 26-year-old Paul Shipman Jr., of Longview, was killed in a one-vehicle wreck on US 359 in Rusk County around 5 p.m. on Monday.