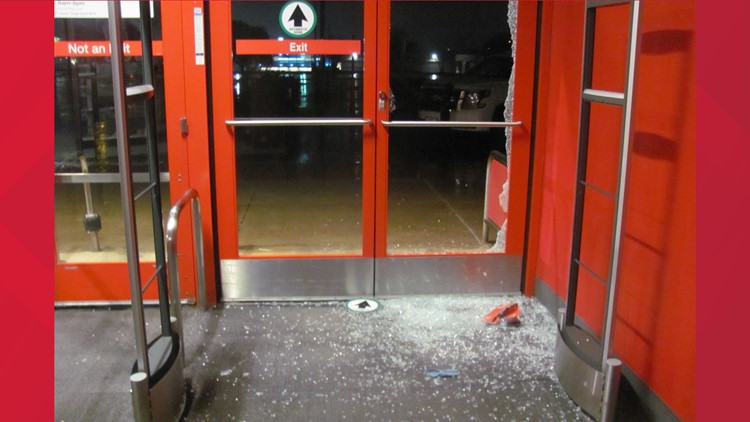 Lufkin police searching for suspects accused of stealing $5,000 worth of electronics from Target

LUFKIN, Texas — Authorities are searching for three suspects in connection to an early Thursday morning robbery at a store in Lufkin.

According to the Lufkin Police Department, around 2:01 a.m. officers were sent to an alarm call at Target.

Police say the two subjects appear to be black males, while the driver remains unknown.

Upon arrival, Target security reported two men had broken into the store and stole electronics before leaving in a silver sedan on South Medford Drive.

Police say the suspects stole more than $5,000 worth of electronics including an iPhone, Apple TV sticks, iPads, and numerous Apple accessories.

Store surveillance video shows the suspects run up from the back of the parking lot park, use a window-punch tool to shatter the front glass and then run into the store. While inside, a lookout/getaway driver is seen pulling up to the front of the store in a silver sedan that appears to have a damaged driver side, rear fender and left tail light out. Two minutes and forty seconds later, the suspects run out of the store carrying a white trash bag of electronics.

Anyone with information on this crime is asked to call the department at 936-633-0356 or Crime Stoppers at 936-639-TIPS if they wish to remain anonymous.