When driving on the access roads in one Tyler shopping center, the ride can be a bumpy, potentially dangerous one. The larger the potholes become, the more damage they could cause to the cars of customers to businesses in the area, leading to possible high repair costs. 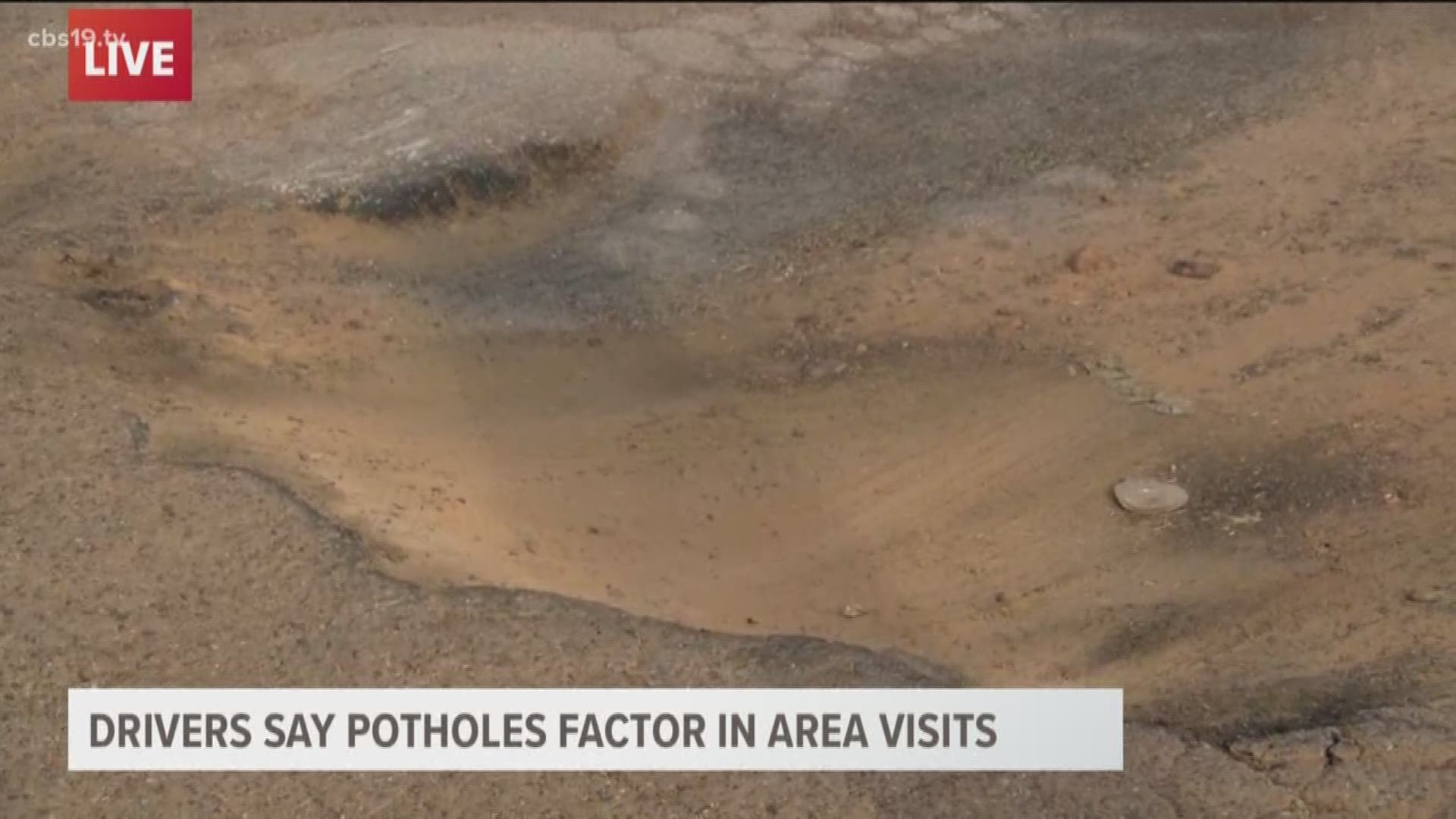 TYLER — It’s one complaint after another from customers of the Southeast Crossing shopping center in Tyler.

"I’m not driving through the 5-ft potholes out here to get to your business," says Corner Bakery customer, Jackie Kennimer.

Customers of businesses in the shopping center are debating if frequenting the restaurants and shops are worth the risks.

"You could almost lose a car in the hole back there that we had to drive around to get in the parking lot,” says customer, Larry White. "If you had a choice, you'd want to go somewhere else that's a little more safe to get to rather than trying to fight the potholes to get here."

"I like Corner Bakery, but I’ve always been reluctant, thinking, at some point, it's kind of dangerous," Kennimer says.

Business owners in the area echo the same concerns. The access road with the largest issues is owned by the Magnusson Hotel. But its owners haven't been able to reach an agreement with neighboring business owners on how to fix the potholes.

"I've often wanted to ask the general manager of corner bakery, you must have a contract with these people,” says Kennimer. “Make them fix the parking lot."

There's no contract, but owners of businesses like Corner Bakery have shown willingness to assist in the costs of filling the potholes. Until that's done, drivers say they’ll keep dodging them to avoid damages to their vehicles.

"Because of the low side walls or the low-profile tires that most cars have today, the wheels get damaged, often times, where they can't be repaired," says Randy Russell, owner of Engines Express in Tyler.

Russell says in addition to blowing out a tire or two, if a car meets a deep pothole, its tire rods, control arms and struts can also be damaged.

"Most places, an alignment runs $100. That's the minimum. We've had some as bad as the insurance company actually totaled the vehicle out."

The owners of Magnusson Hotel have spoken with other business owners in this shopping center about how to fix the potholes. But there’s a debate on if concrete or asphalt should be used. The manager of the hotel says the owners would prefer to use concrete, but it’s the most expensive option of the two. The hotel manager also said he and the owners would prefer not to speak on camera about the issue, because they'd rather address it privately with the other business owners.