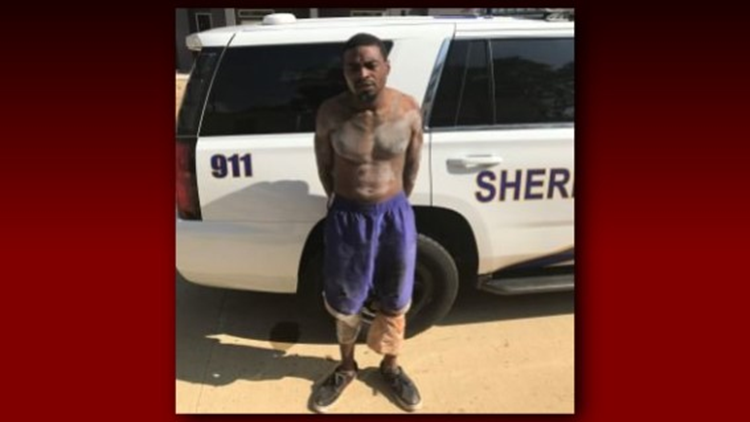 According to Smith County Sheriff's Office public information officer Larry Christian, around 6:50 a.m., authorities were called to a residence in the 13800 block of Highway 155 South on reports of an assault.

The sheriff's office says 27-year-old Tony LeMark Battles III, ran away from deputies into a wooded area across Highway 155. Battles was shirtless and wearing blue shorts.

Deputies were able to locate Battles near Old Jacksonville Highway and Field-to-Market 346 in Flint. Battles attempted to hide in a residential construction site.

Battles has been booked into the Smith County Jail for injury to disabled with intent to commit bodily injury.

He was also charged with: resisting arrest, search or transport and driving while license invalid with previous conviction.