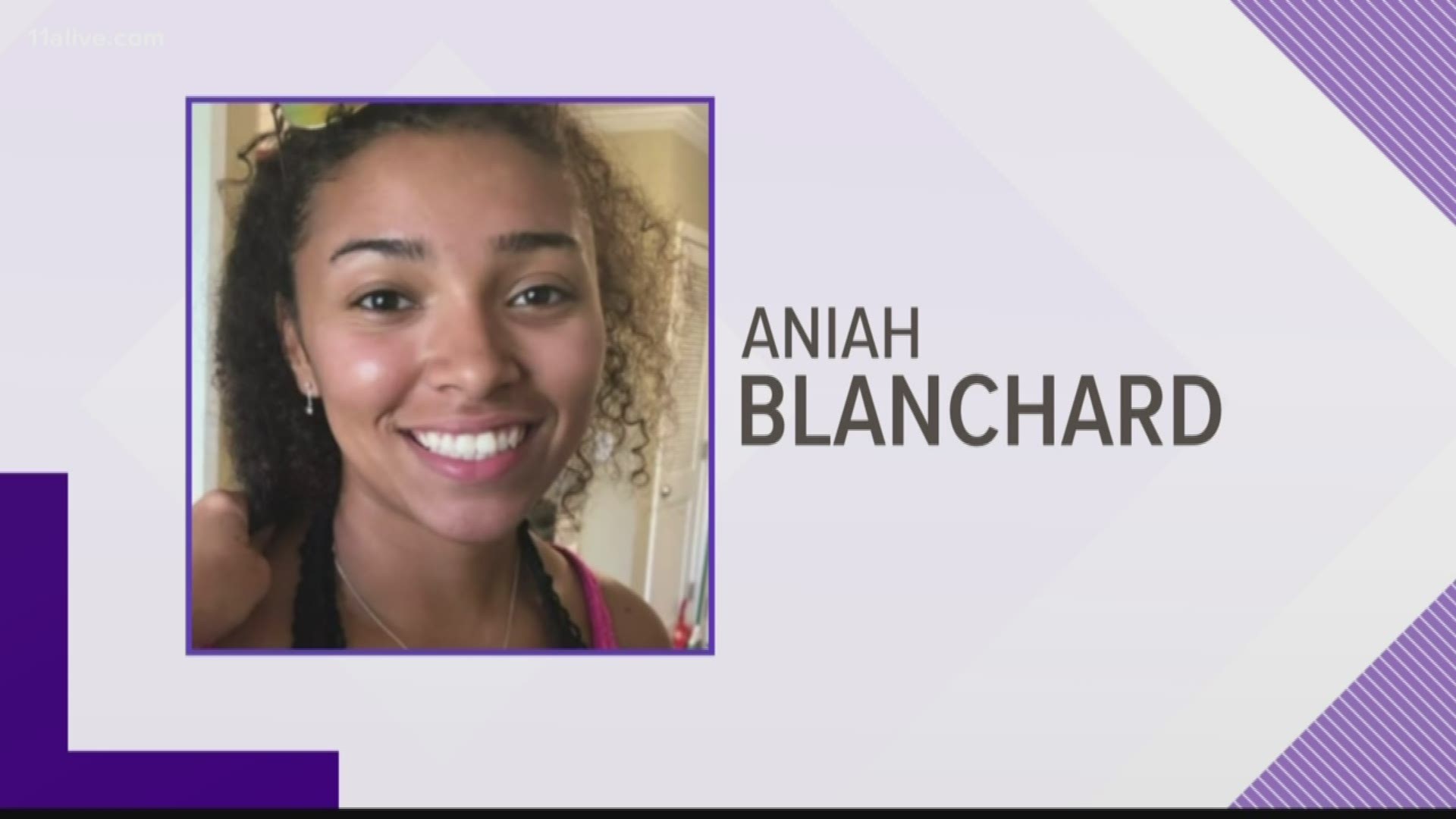 AUBURN, Ala. — The vehicle of a missing teenager from Auburn, Alabama was found damaged at an apartment complex in Montgomery, Alabama, police said Saturday. The 19-year-old remains missing.

Aniah Haley Blanchard was reported missing on October 24, police said. She last talked to a friend just before midnight Wednesday.

Her vehicle was located an apartment complex in the 6100 block of Boardwalk Boulevard in Montgomery, Alabama Friday night, police said.

The vehicle had damage which wasn't there before Blanchard vanished, police said.

Blanchard is a native of Homewood, and a student at Southern Union State Community College, according to WSFA.

Her stepfather is UFC MMA fighter Walt Harris, according to reports. He has posted her photos on his social media accounts.

Aniah is described as a light-complexioned black female, 5’-6” , 125 lbs., brown eyes and brown hair and was last seen wearing a black dress, tan duck boots with black stockings. She drives a 2017 Honda CR-V, black in color with Alabama tag #49BS356.