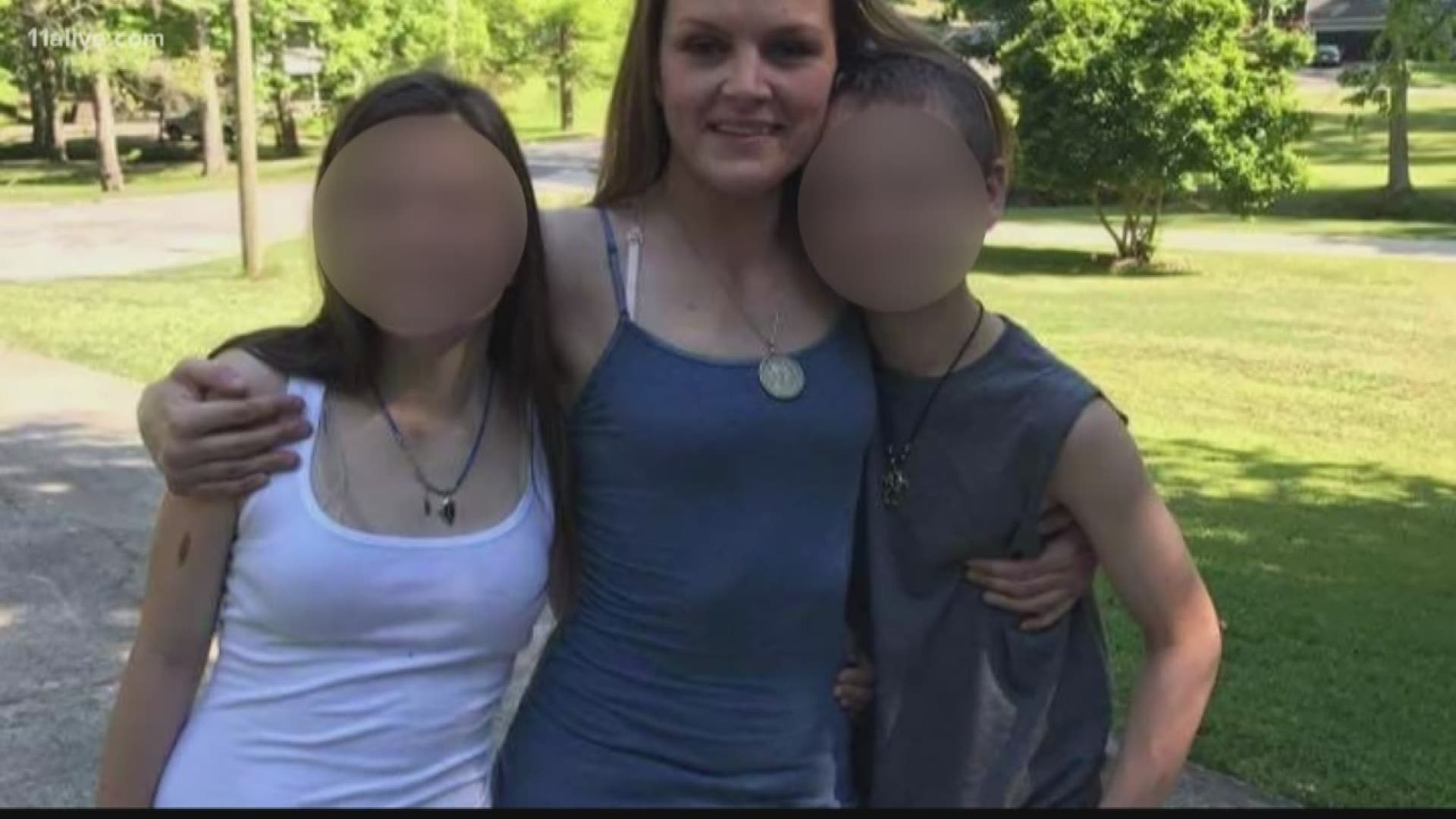 Jessica Earl, who also goes by Jessica Jones King, was reported missing in early June 2018, and was last seen in Tallapoosa, Georgia, about 60 miles west of Atlanta.

Jefferey Odom - who was connected to the case - turned himself over to authorities in July 2018 after being wanted by authorities. He was never charged in the case, and there were still no signs of the missing woman.

RELATED: Man connected to Haralson County woman's disappearance says he has 'no knowledge' of her location

According to the Haralson County Sheriff's Office, a property owner on Mt. Zion Road found what he thought was a t-shirt but ended up being a tattered backpack a few weeks ago. Inside the bag was a wallet with Earl's identification, the sheriff's office said.

Authorities searched the property using cadaver dogs. While the dogs did show interest in a couple of areas, authorities said growth in the area was very thick in most places and "impassable" in others. They decided to search those areas when the brush died out.

On Thursday, October 17, a family member of the property owners said they found a human skull in one of the areas that the dogs had shown interest in during the search.

On Friday, a team that included Georgia Bureau of Investigation agents and sheriff's office investigators combed the area and collected as many of the remains as possible.

“Although we cannot say for sure it is Jessica Earl, we strongly believe that it will be her due to the fact the remains were found in close proximity to her backpack,” states Sheriff Eddie Mixon. “This case has been worked constantly for 16 months by my department, we have followed leads, conducted searches and so much more because we wanted to find her for her family. Even though we have been criticized many times over, my investigators have given their all to this case and I stand by the work that was done. I ask that everyone keep the family in their prayers in the coming days and while the identification process is completed.”

WHAT HAPPENED TO JESSICA EARL?

Authorities have not said what caused Earl's death.

Haralson County Deputy Chief Joey McSwain with the sheriff's office said Odom allegedly told detectives he had "no knowledge" of Earl's whereabouts after she walked off into a wooded area last summer, allegedly to search for arrowheads.

Odom then apparently told investigators that she had used drugs beforehand and was in an altered mental state. Because of that, he said she had no idea where she could have gone. Odom told authorities he hasn't spoken to or heard from Earl since about June 8 – when she disappeared – and he believed she was safe and either “hiding out” or trying to “dry out” from drugs.

Earlier this summer, officials said they weren't able to rule out foul play in the death.

In a previous statement on the case, McSwain said that on the day Earl disappeared witnesses reported she and Odom were seen having an argument. Odom allegedly took her phone and keys before leaving in a vehicle. McSwain said they had also been told by several people that she was trying to get away from Odom before his disappearance.

During the course of the investigation, several other people were taken into custody, including 31-year-old Tyla Toliver of Tallapoosa and 40-year-old Candy Chandler of Villa Rica, Georgia. Both were charged for picking up Odom on June 21 and taking him to a home in Villa Rica for the night, despite knowing he was being sought by law enforcement.

On Friday, police said the investigation remains open. Odom remains in custody on charges not related to Earl's disappearance.