Many Texans in rural communities would have to drive almost an hour to receive a COVID vaccine. A new initiative is bringing the vaccine to them. 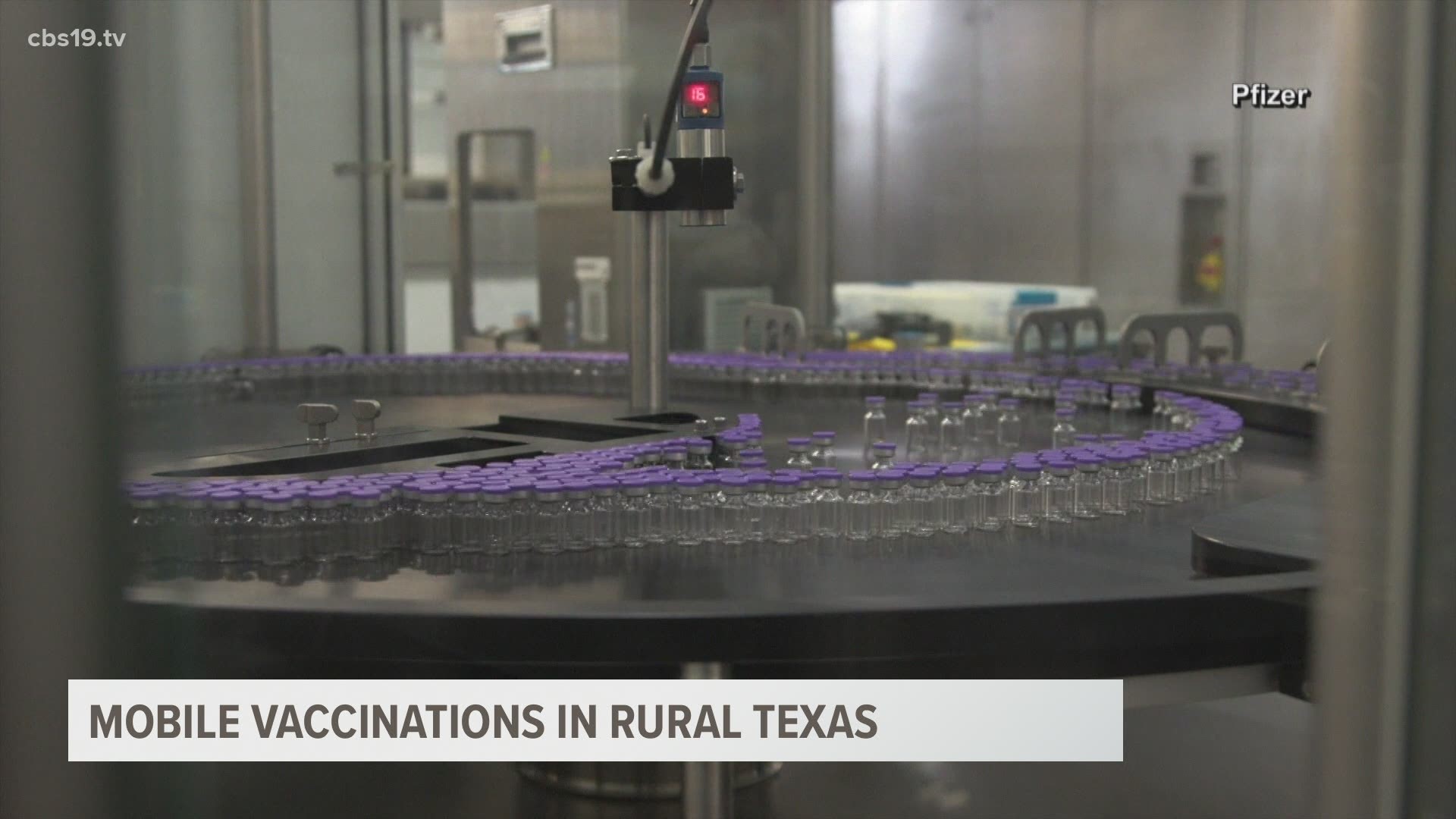 MARION COUNTY, Texas — Marion County has a population just shy of 10,000. County Judge Leward Lefleur said, “We don't have a hospital. We don't have a doctor here in the county. We have a physician's assistant in a small clinic here.”

He assumes this is why his county was selected for the state's mobile vaccine pilot program. It’s especially helpful in Jefferson, where folks would otherwise have to make the 45-minute drive into Longview or Shreveport to receive care.

When you think "mobile vaccines," you may envision something on wheels. That's not quite the case here.

“It was basically 15 people that came up here with the gear they needed to actually provide the vaccine to people,” Lefleur said. The team set up shop in the Jefferson Tourism and Visitor Center and then opened their doors to the 100 people who were registered to receive the vaccine.

50 people signed up online but since about half of the residents in Marion County don’t have reliable internet access, Judge Lefleur had to get creative in order to reach everyone.

"We did like a hybrid," he said. "50 vaccines were given online. And then 50 phone calls, more like 600 phone calls that came into my office, the first 50 of those people that called we put them on a list and we gave it over to the state.”

Lefleur says the team that carried out the first dose will be back in time to deliver the second, so there’s no need to commute. He also hopes this is just the beginning for them.

“I hope they come up with a plan that says ‘hey, look, we're gonna come give the second dose to 100 people and we've got 500 more. We're gonna be there for three days.'" he said.

RELATED: VERIFY: Yes, you should still get a vaccine if you've already had COVID-19