Essence Crossley said she was a little frustrated when she picked her son up and he had dried snot and dirt on his face and his pull up hadn't been changed all day. 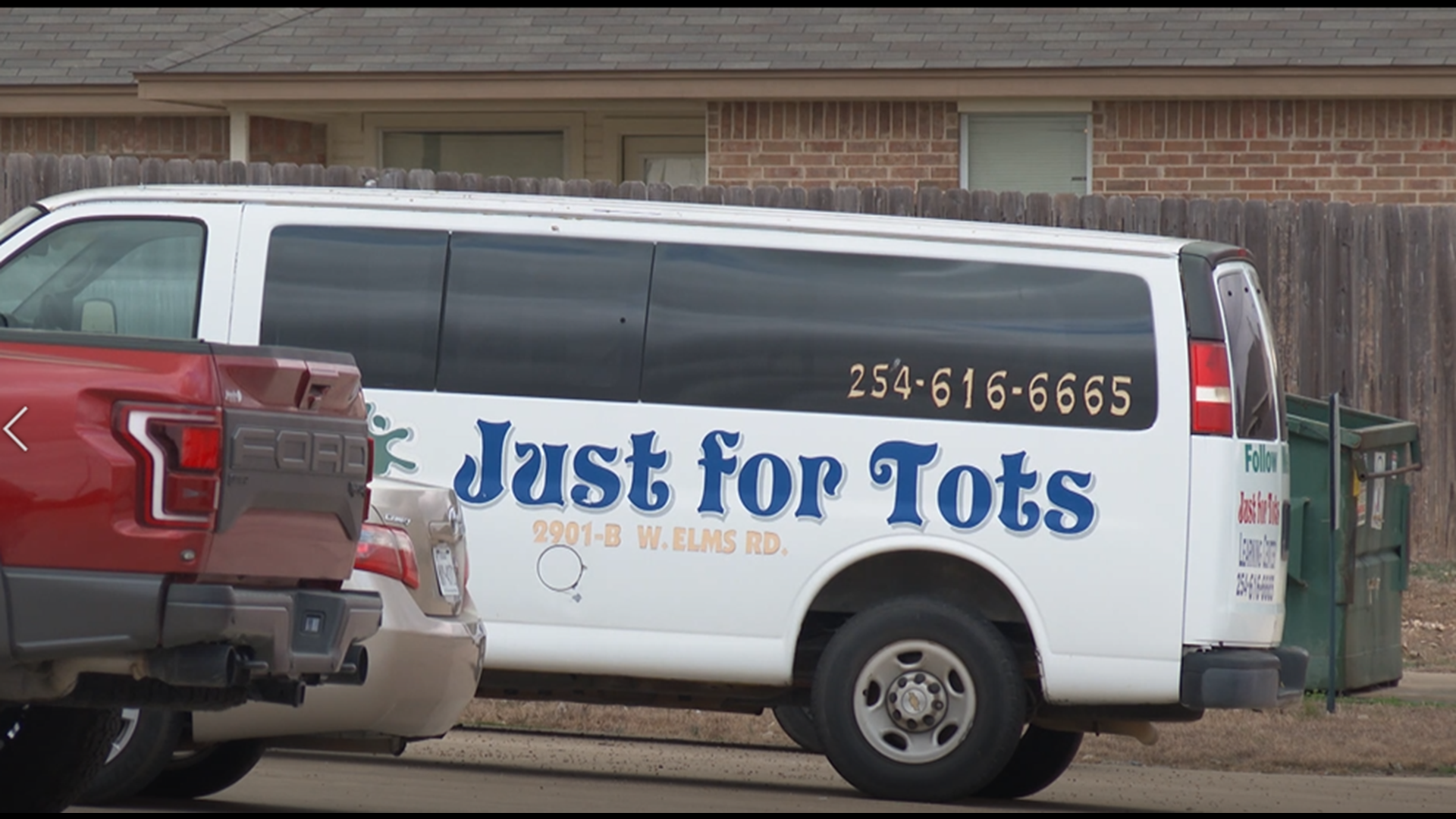 Essence Crossley said she's stuck trying to find a sitter for her son after a dispute on Thursday. The argument poured out on social media.

Crossley said she pays almost $550 a month for her son to attend Just For Tots Daycare #2 on Elms Road. She said she was a little frustrated when she picked him up and he had dried snot and dirt on his face. Crossley said she confronted Victor Quinones, the director of the facility, and was told that if she wanted her son's face to be cleaned then find another sitter.

Credit: Essence Crossley, day care parent
Killeen mom, Essence Crossley, claims her son’s daycare director is “downright disrespectful” and her son was left with dried snot and dirt on his face and a dirty pull up at Just for Tots #2 in Killeen.

"Then my son walks towards me and he's waddling. He had on the same pull up from when I dropped him off at 5:55 a.m.,” Crossley said. “I said, ‘Not only are we dealing with this issue, I’m picking him up and he hasn’t been changed.’" From there Crossley said she and Quinones began shouting at each other.

"He said, ‘You're broke, you can't afford your child care.’ Other people are looking and are scared because we are going back and forth in the center," Crossley said.

She posted about the argument on social media.

“DO NOT TAKE YOUR KIDS TO JUST FOR TOTS IN KILLEEN!!!!! Don’t take them to ANY of (they’re) branches!!!! Victor the owner is disgusting!!! He was so rude and disrespectful!!! To a parent who pays almost $550 a month for child care!!!! NO ASSISTANCE!!!!!!! My mother picked my child up yesterday from his center JUST LIKE THIS!!!!! I had a meeting with Victor today about it at 10 a.m., he decided to give me a call, and to tell me if I expected my child’s face to be clean while playing outside I needed to find another center!!!!!! HE SAID THIS WAS ACCEPTABLE!!!! I went and immediately picked my son up. Victor tried to lock me out of the facility part to get MY CHILD, when I finally reached him, he had THE SAME pull up from this morning on full of PISS!!!! This is not OK on ANY LEVEL!!!!!!!!!!

“Just for Tots has had SEVERAL COMPLAINTS!!!!! Do not waste your money!!!! One of the WORST centers in Killeen due to the NASTY A** OWNER!!!!!!!” The Facebook post said.

Crossely said that in retaliation Quinones uploaded her payment history on Facebook. Crossley said she's not behind on her payments. She said moms all over the internet chimed in on the post saying they’ve had the same experience at Just for Tots #2.

“Hundreds of parents are coming out about their horror stories about Just for Tots. I am just sad because I had no clue," Crossley said.

Credit: Jasmin Caldwell - 6 News
Killeen mom, Essence Crossley, claims her son’s daycare director is “downright disrespectful” and her son was left with dried snot and dirt on his face and a dirty pull up at Just for Tots #2 in Killeen.

The Texas Child Care Licensing website revealed in the last five years 36 violations occurred at Just for Tots #2. Some of the violations included a caregiver transferring children without a driver’s license, and a child walking out of the building without anyone knowing. That child was later found outside alone, according to the report.

"Although I am looking for new child care, I am more than happy to give to a facility that's going to actually take care of my child," Crossley said.

6 news reached out to the director of the day care to get his side of the story.

Quinones said children at his facility are well taken care of and that he did not wish to comment.

Other stories people are reading right now on KCENTV.com:

Killeen homeowner shoots, kills burglar who was breaking into his home