One woman adopted a dog from the Jacksonville Animal Shelter, not knowing it would attack both of her sons hours later. 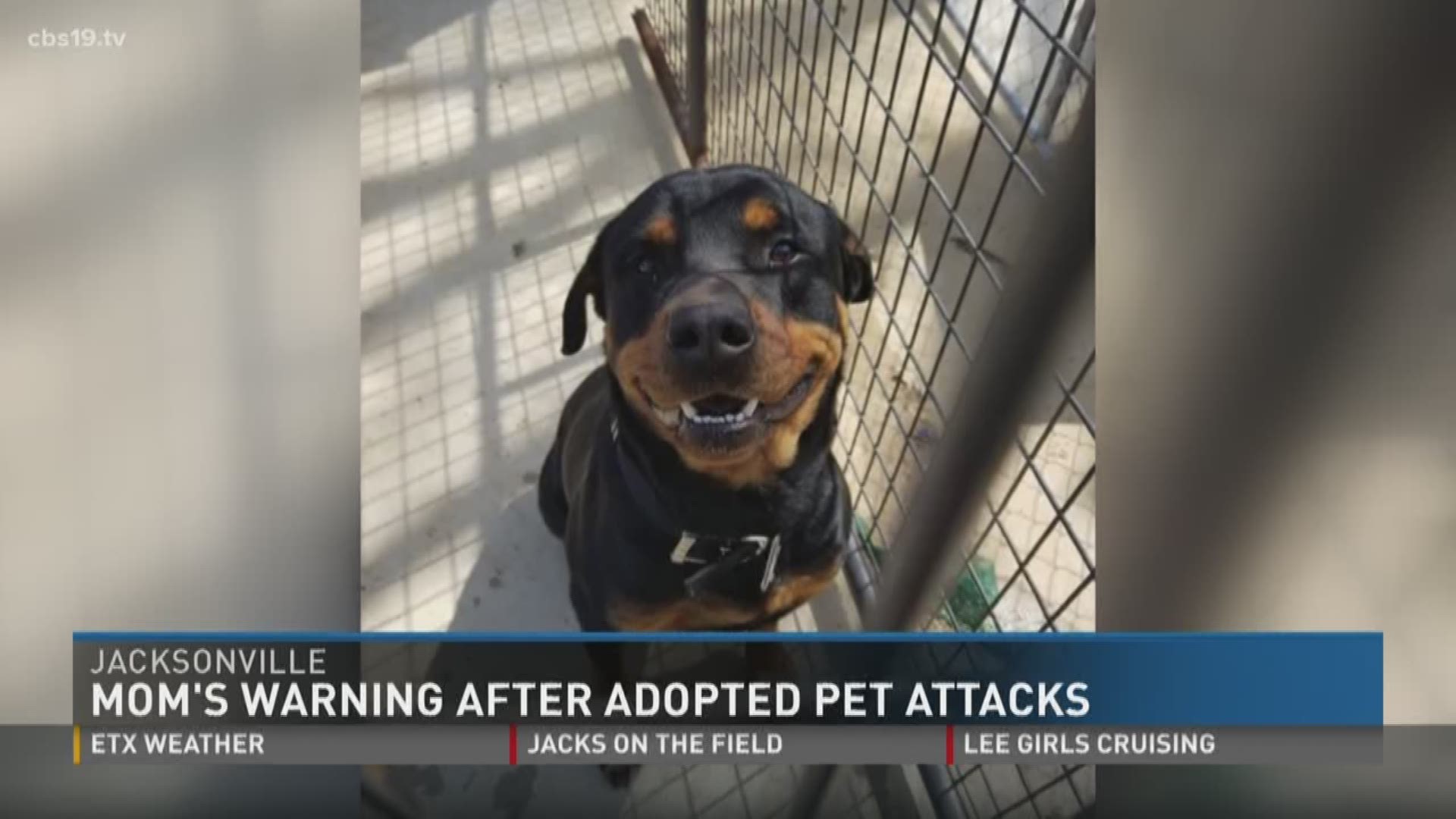 JACKSONVILLE — An East Texas mother warns others after her newly adopted dog attacked both of her sons. The Rottweiler was adopted from the Jacksonville Animal Shelter.

"[He got] down in front of him to talk to him, and he snapped. Then he did attack. He punctured the skin," she said.

The dog was picked up by the animal shelter the following day.

Sergeant Tonya Harris with the Jacksonville Police Department and Animal Control Division said the animal shelter can't guarantee what happens after a pet is adopted.

"We're sorry that any kid or anybody gets bit. Again, that falls back on we don't know what kind of life these animals had before they get into the shelter," Harris said.

Anyone adopting a pet from the Jacksonville Animal Shelter signs a liability waiver, in part reading:

"I acknowledge that due to the unpredictable nature of animals, certain risks and dangers may occur while caring for an animal, including risks of injury to person…"

The Rottweiler is in quarantine for 10 days. Per state law, Harris said if an animal adopted from a shelter breaks the skin of a person, they must contain it for 10 days.

After that, the animal will go through another evaluation period to determine if it's adoptable.

While Boshears is not putting any blame on the animal shelter, she wishes she would've spent more time with the dog before bringing him home.

"It cost me $40, but what happened for $40 was an expensive ER visit, a seizure, a lot of heartache, because now I worry about the fact I brought this dog into my home," she said.