Mosquito season: how to prep your home

It's mosquito season in East Texas. Experts give tips on how to prepare your home to keep you safe from mosquito-borne illnesses. 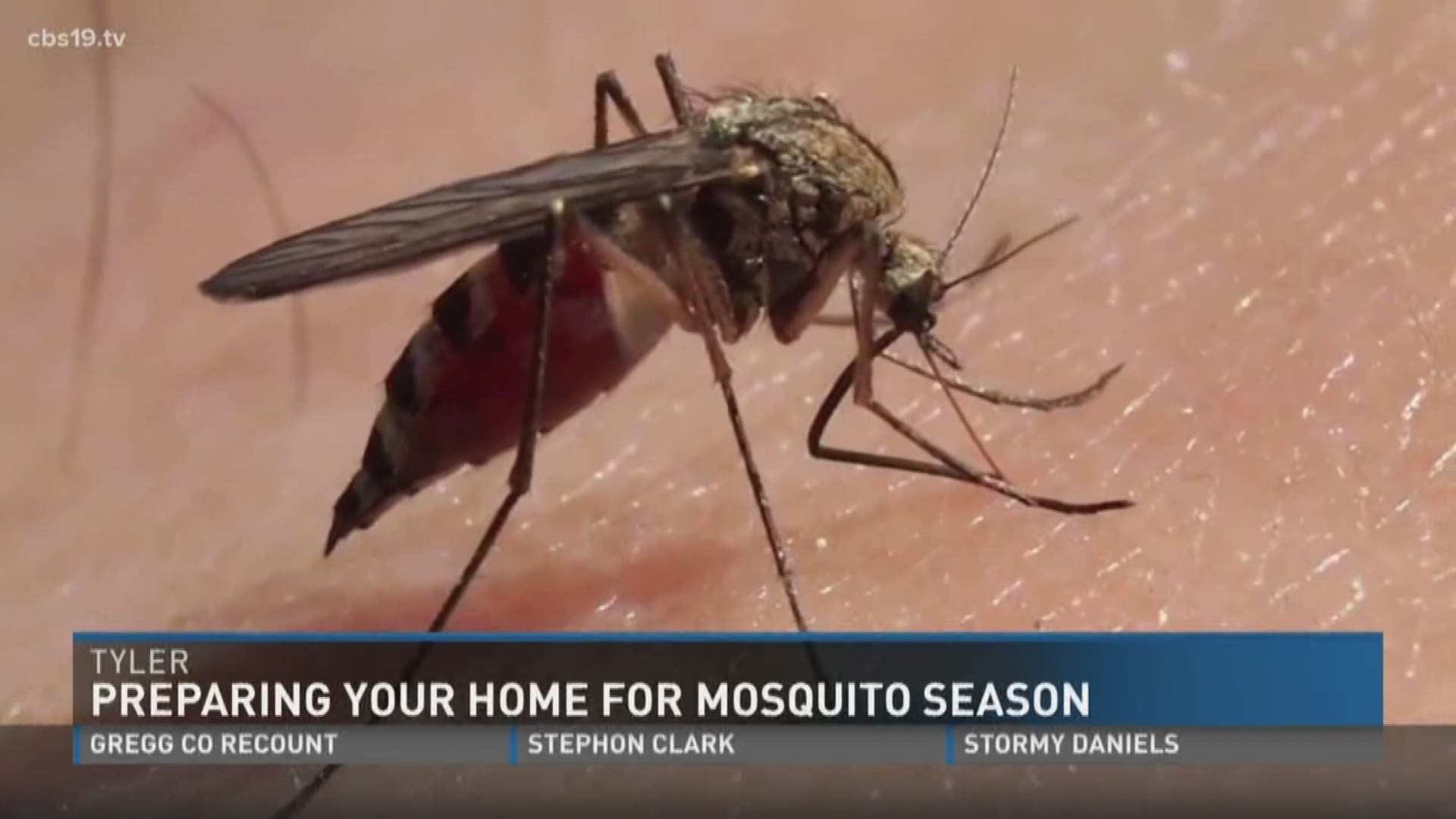 Mosquito season has started in East Texas, and experts said it will last through November. With two cases of Zika in Texas, it's never too early to prep your homes.

"We have equine encephalitis, St. Louis encephalitis, we have Zika, we have West Nile," Hopkins said. "It doesn't really matter which species carries what disease, because we have all the mosquito species here."

Hopkins said to keep an eye on West Nile, because every East Texas county will see a few cases yearly.

Good news. It's simple to stop the spread of mosquito-borne illnesses. The best thing to do is clean gutters and remove any standing water.

A capful of water is all it takes for mosquitos to breed.

The key is to make sure nothing is laying around your yard that will fill up, even if you think it's small.

"The water will dry up. The eggs can lay dormant for up to a year and then hatch after the next rain," Hopkins said.

He spends a lot of time spraying homes between March and November.

"We recommend your gutters be cleaned twice a year. Sometimes three," Newberry said. "Once they get stopped up, they become a mosquito breeding site."

Keep your bushes trimmed, too.

Newberry said they should never touch your home. That will stop moisture from clinging around.