1 dead, 2 injured in two-vehicle crash on Highway 64 in Smith County

DPS has identified all three victims in the crash. 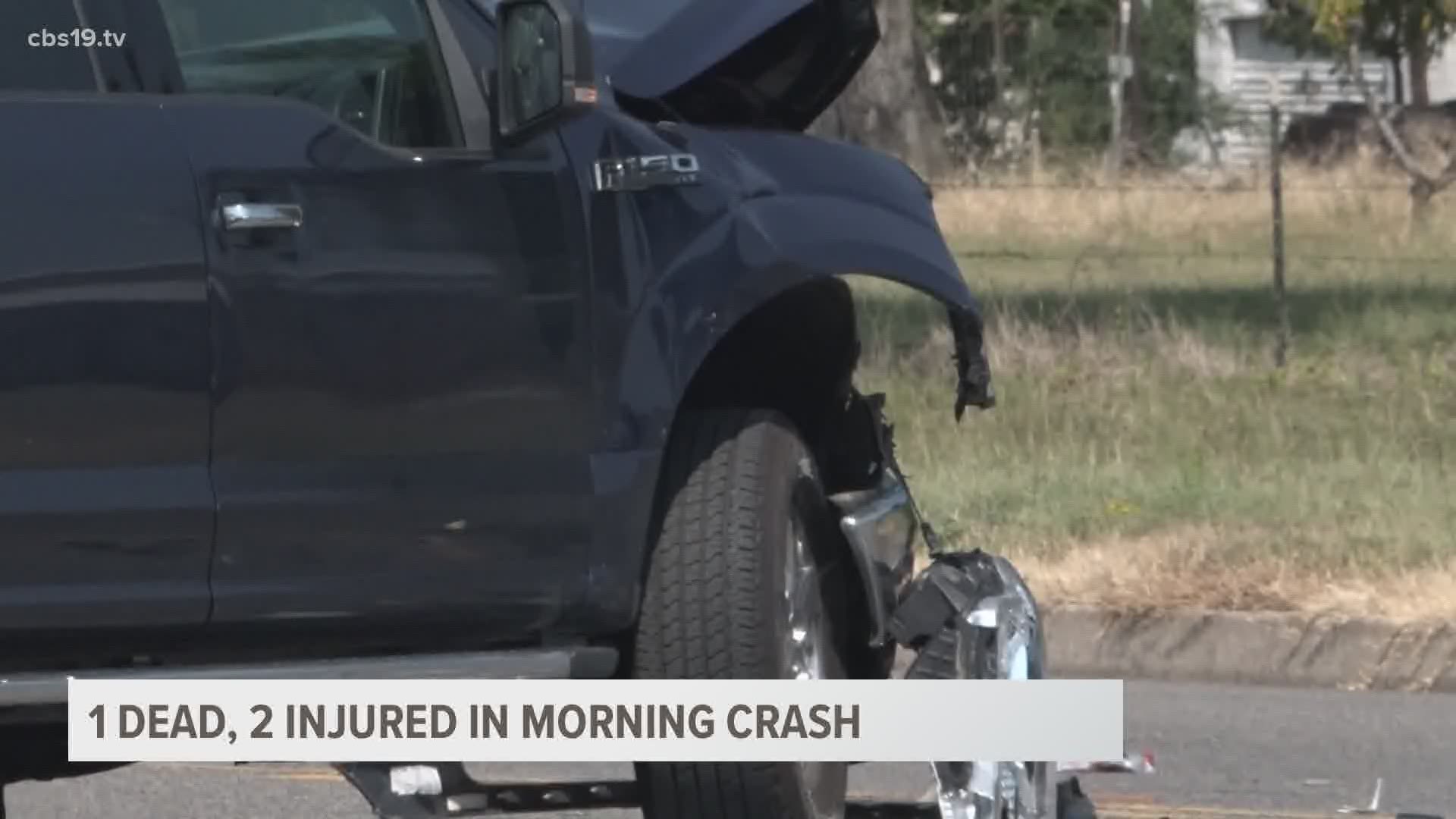 TYLER, Texas — One person is dead and two others are in critical condition after a two-vehicle crash Sunday morning on Highway 64 in Smith County.

According to the Texas Department of Public Safety, a Ford F-150 pulled out of a Chevron gas station at about 10:20 a.m. A Saturn Ion hit traveling East on Highway 64 hit the pickup truck.

The driver of the truck, 60-year-old Robin Blake Longino, was rushed to the hospital in critical condition.

The driver of the Saturn, 40-year-old Ronnie Dewayne Smith, was rushed to the hospital in critical condition.

Smith's passenger, 26-year-old Jataria Lynn Smith, was taken to the hospital where she was pronounced dead.