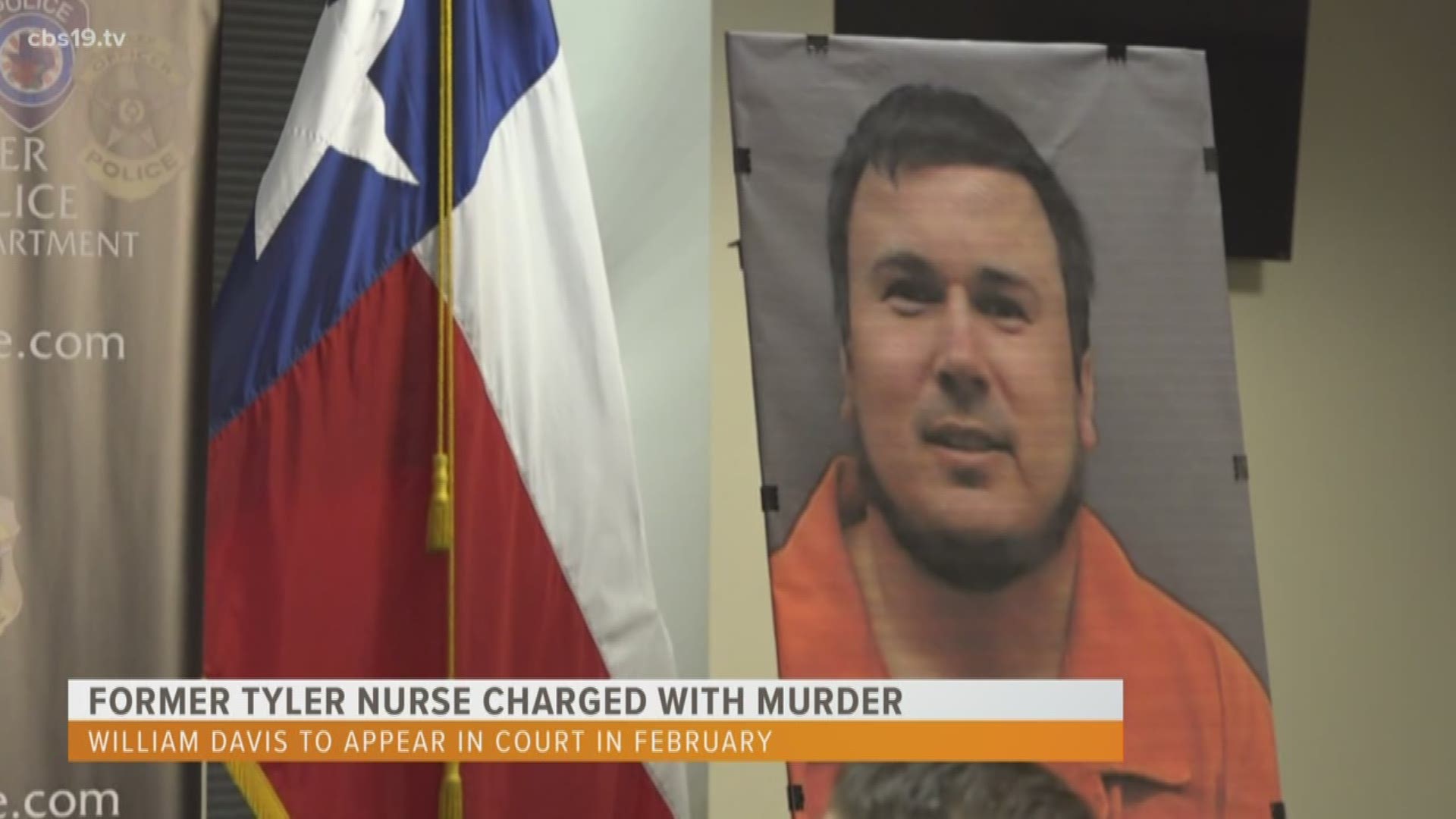 After more than three years since his arrest, a former East Texas nurse will go to trial on Tuesday morning for accusations of killing four patients at a Tyler hospital.

William George Davis, 37, of Hallsville, is charged with capital murder of multiple people for allegations of intentionally and knowingly introducing air into patients' arterial systems while he was a nurse at CHRISTUS Trinity Mother Frances Louis and Peaches Owen Heart Hospital in Tyler and causing their deaths, according to 2018 and 2021 indictments.