There wasn’t a dry eye or empty seat inside Cornerstone Church in Athens where Crawford’s funeral was held. 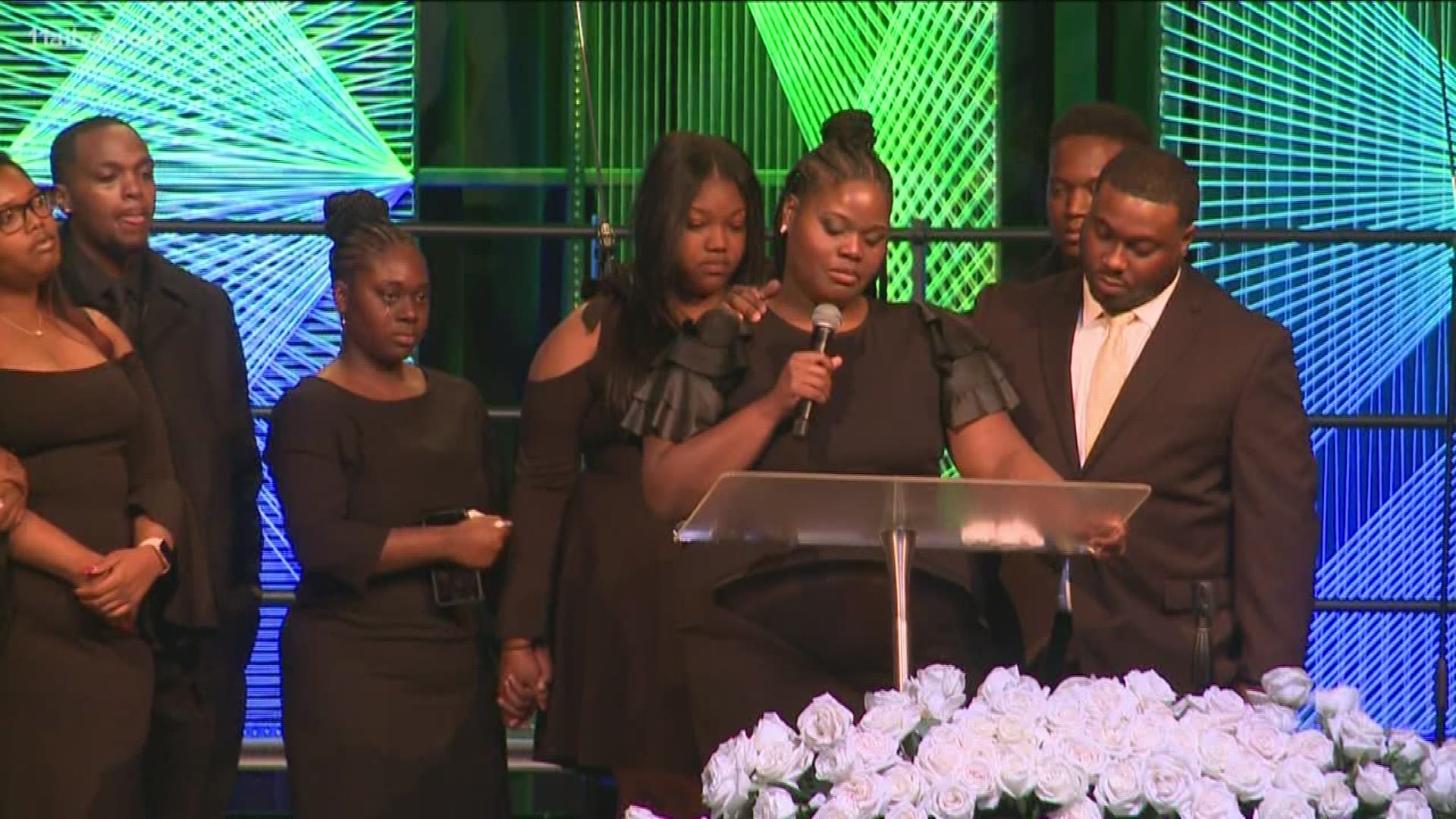 It’s been more than a week since the body of 21-year-old Alexis Crawford was found in a DeKalb County park. Her roommate, Jordyn Jones, and the roommate’s boyfriend, Barron Brantley, were charged with her murder.

There wasn’t a dry eye or empty seat inside Cornerstone Church in Athens where Crawford’s funeral was held.

“Alexis Janae Crawford was just a quintessential college student from a small town,” the Rev. Markel Hutchins said. “She was smart and brilliant and beautiful.”

The mayor of Athens was one of the many attendees that day.

But the focus wasn’t on the tragic loss of this young woman, known as Lex to her friends and family, but rather on her life.

Remembering the life of Alexis Crawford

1 / 5
WXIA
Family and friends celebrated the life of Alexis Crawford during her funeral service on Saturday, Nov. 16, 2019.

Alexis graduated from Clarke Central High School in 2016. She was a senior at Clark Atlanta University majoring in sociology and criminal justice – looking forward to a bright future before it was tragically cut short.

“I will never forget the times that I would come home late tired from dance practice and you would make sure I would have something to eat before I went to sleep,” Khadijah Grier said. “Lex, you are special.”

Her oldest sister said she refused to live with guilt or fear.

“She put her faith in God,” she said. “God was her rock during her hard times. So now, we should take her lead.”

“I can rest better now, knowing she’s in heaven,” her brother said.

Hundreds came to pay their final respects, traveling from miles away. Fulton County Commissioner Robb Pitts promised the family justice in her death.

“Something is broken and I’m going to fix it as chairman of the Fulton County Board of Commissioners,” he said. “Crawford family, you have my word.”

Also, among those voices speaking to the family was Dr. George French Jr. the president of Clark Atlanta University.

“It hurts to the core,” he said. “But God still loves this family. God still has your back.”

During the service, a friend of Alexis vowed to start a scholarship in her name.

Focus was on how Alexis Crawford lived at public viewing service

Documents reveal how Alexis Crawford was strangled to death

'Alexis had a bright future ahead of her', says family of murdered Clark Atlanta student