To actually stop a car, officers still need probable cause. 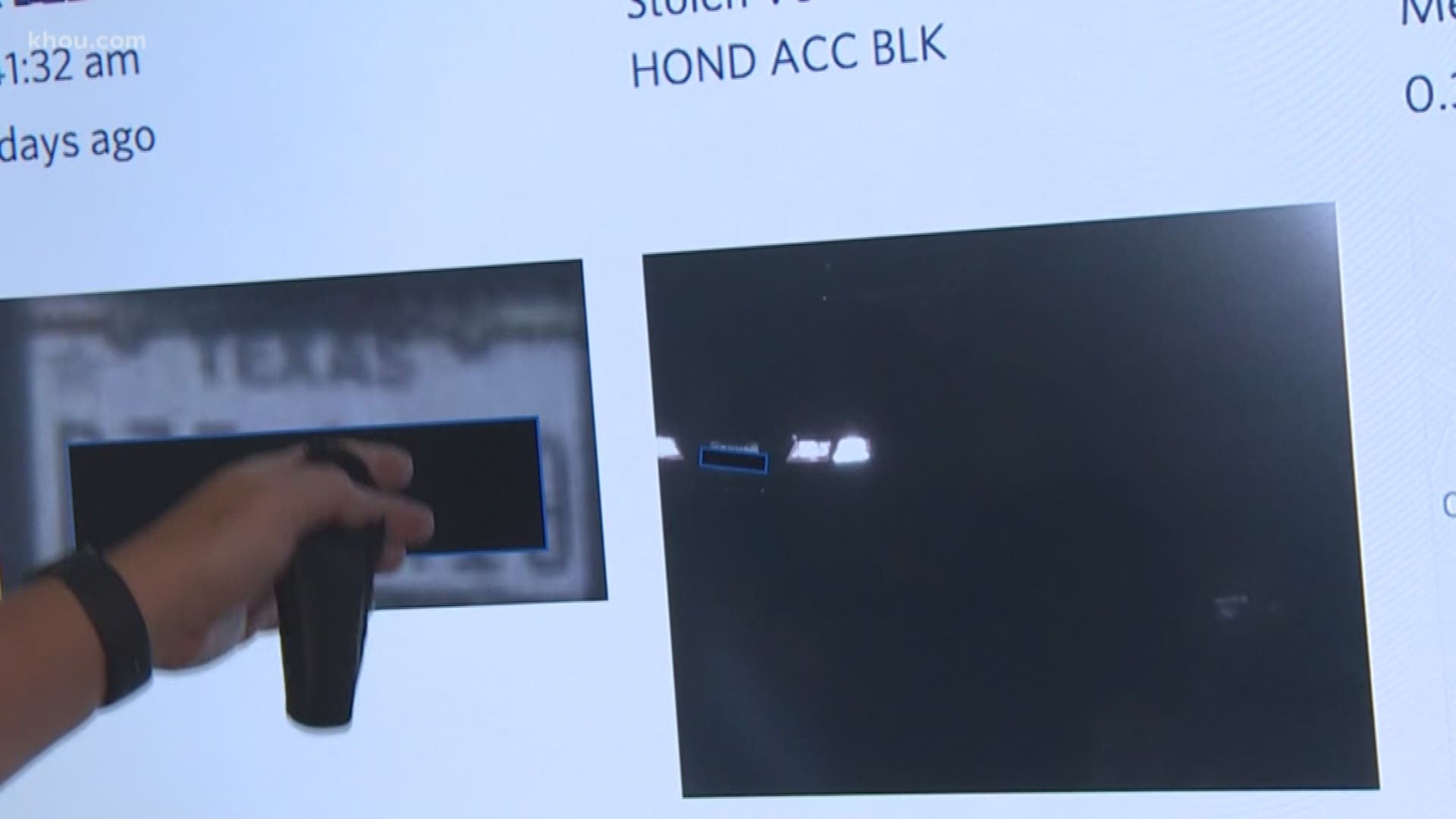 HOUSTON — It’s a new way to fight crime. Cameras that snap pictures of license plates are going up across Houston.

“Criminals usually will travel somewhere else to go commit their crimes and they usually travel by vehicle, so this gives us a great tool to try and figure out how they got there,” he said.

Last month, they came in handy.

“This is all we saw, it came back as a stolen Honda Accord,” Schultz said.

On Nov. 1 at 1:20 a.m., police got a hit on a stolen car. When they pulled the driver over, they found three people with outstanding warrants for things like robbery and drugs. Investigators say inside the car were a gun, machete, meth and ski masks.

“We feel pretty confident that they were up to no good, probably looking to commit another crime in the area,” he said.

However, Chief Shultz said he has gotten questions about privacy.

“You just can’t enter a plate in and see when Joe is coming and going, it has to be tied to an active criminal investigation,” he said.

But to actually stop a car, his officers still need probable cause.

“We are not taking pictures of the front of the car, I don’t know who is in the car, all we are trying to do is provide additional leads to the detectives, they still have to prove the case,” Schultz said.

Flock Safety, the company who makes the cameras, is based in Atlanta. It said in a statement, “We don’t share or sell data to third parties. The footage that is captured securely goes to the cloud and is then deleted after 30 days with no exceptions.”

Unless the footage becomes part of a criminal investigation.