This most recent report accounts for the two weeks between October 6-19. 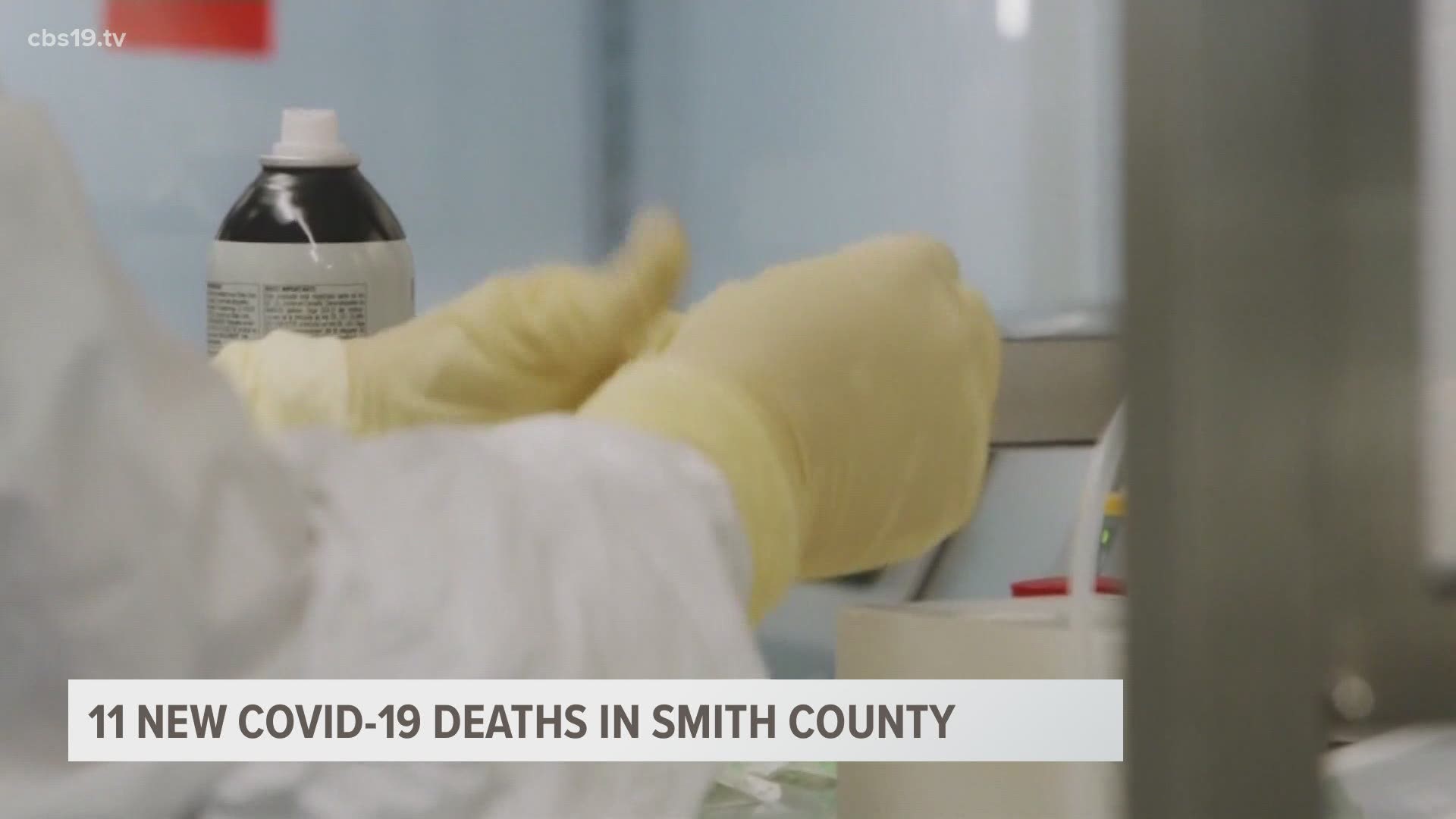 The 10 deaths reported Wednesday are the highest number the organization has reported at a single time.

This most recent report accounts for the two weeks between October 6-19. Before this, the highest number of deaths in the county was 8 on August 12.

"We depend on eight other agencies to let us know when a patient passes away," Roberts said. "We're looking at hospitals and nursing homes to tell us that and so sometimes we get it, you know, pretty instantaneously sometimes there's a lag time."

Stephen Fierball, a freelance writer for The Tyler Loop, has been collecting local coronavirus data since May. He says there have been 184 extra deaths in Tyler this year compared to the last four years.

"If you add up the averages for 2016 through 2019, and you compare them to 2020. We started seeing deaths start going up significantly in June, he said. "And they are now, you know, significantly above average."

It's not just the number of deaths that are underreported, says Fierball.

"If you apply that to the mortality rate that we're seeing in the city of Tyler, that would be where we get that 13,261 number from," Fierball said.

Fierball doesn't find the deaths surprising. Both he and Roberts encourage everyone to continue wearing face masks and practice social distancing.