Ofc. Fernando Nino, 42, was finally given access to a machine that could help save his life. 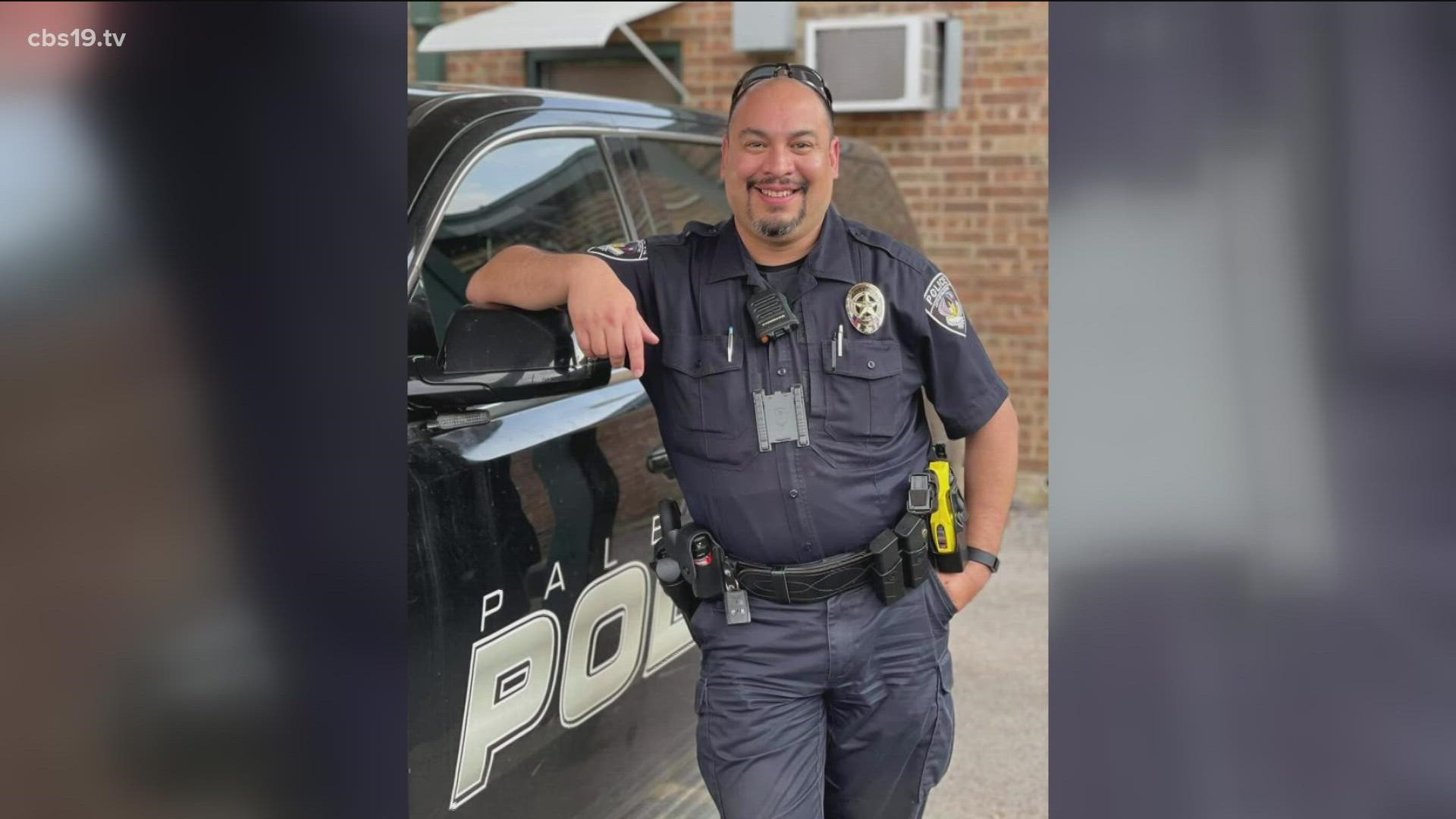 PALESTINE, Texas — An East Texas police officer has finally gotten access to a machine that could help save his life.

According to the Palestine Police Department, Ofc. Fernando Nino, 42, was flown to a San Antonio hospital early Sunday morning and hooked up to an extracorporeal membrane oxygenation (ECMO) machine.

"The doctor gave a report on on Thursday that things weren't looking good," said Palestine Police Department Chief Mark Harcrow. "And really the only hope that he had was to get on an ECMO machine. But because of the high numbers of patients and low availability of these machines, the chances of actually getting into one of those units were not very good."

Chief Harcrow says through a social media and community effort, they were able to get in touch with a medical staff in San Antonio and get him a spot.

"So we relayed that information back to the hospital staff there and Tyler and they all made it happen," Chief Harcrow said.

The American Thoracic Society states an ECMO machine replaces the function of the heart and lungs. ECMO is used during conditions such as severe lung damage from infection, or shock after a massive heart attack

Chief Harcrow says doctors are trying to wean Ofc. Nino off the ventilator so he could hopefully communicate in the near future.

"He is responding well to being on the machine (ECMO), he is not able to talk, but he is nodding and communicating that way," Chief Harcrow said.

The Tyler Morning Telegraph reports Ofc. Nino first tested positive for COVID-19 virus on Aug. 30 after experiencing minor symptoms, such as an itchy throat and a slight cough. Soon, he began experiencing constant fevers and fatigue.

By Sept. 4, Ofc. Nino experienced more severe coughing, making him want to rest more, according to the Tyler Morning Telegraph.

The Tyler Morning Telegraph reports the next day, Ofc. Nino couldn’t walk without feeling out of breath and was coughing constantly. On Sept. 6, he was taken to the emergency room, where doctors found he had very low oxygen levels. He was put on oxygen and was sent home with an oxygen tank and an oxygen machine to use at home.

The next day, his oxygen levels had dropped again and he was admitted to the Intensive Care Unit (ICU) of a Tyler hospital. Ofc. Nino developed COVID-19 pneumonia and was put on ventilator after doctors found a hole in his right lung and a blood clot in his left lung.

As doctor's examined the extensive damage to his lungs, it was determined he would need to be hooked up to an ECMO machine to save his life.

He has a son in college and his girlfriend has been by his side through all of this.