Officials locate body of Tyler man who's been missing since Jan. 6

CBS19 was on hand as the body of Corbin Stiefer, 21, was found on Wednesday. 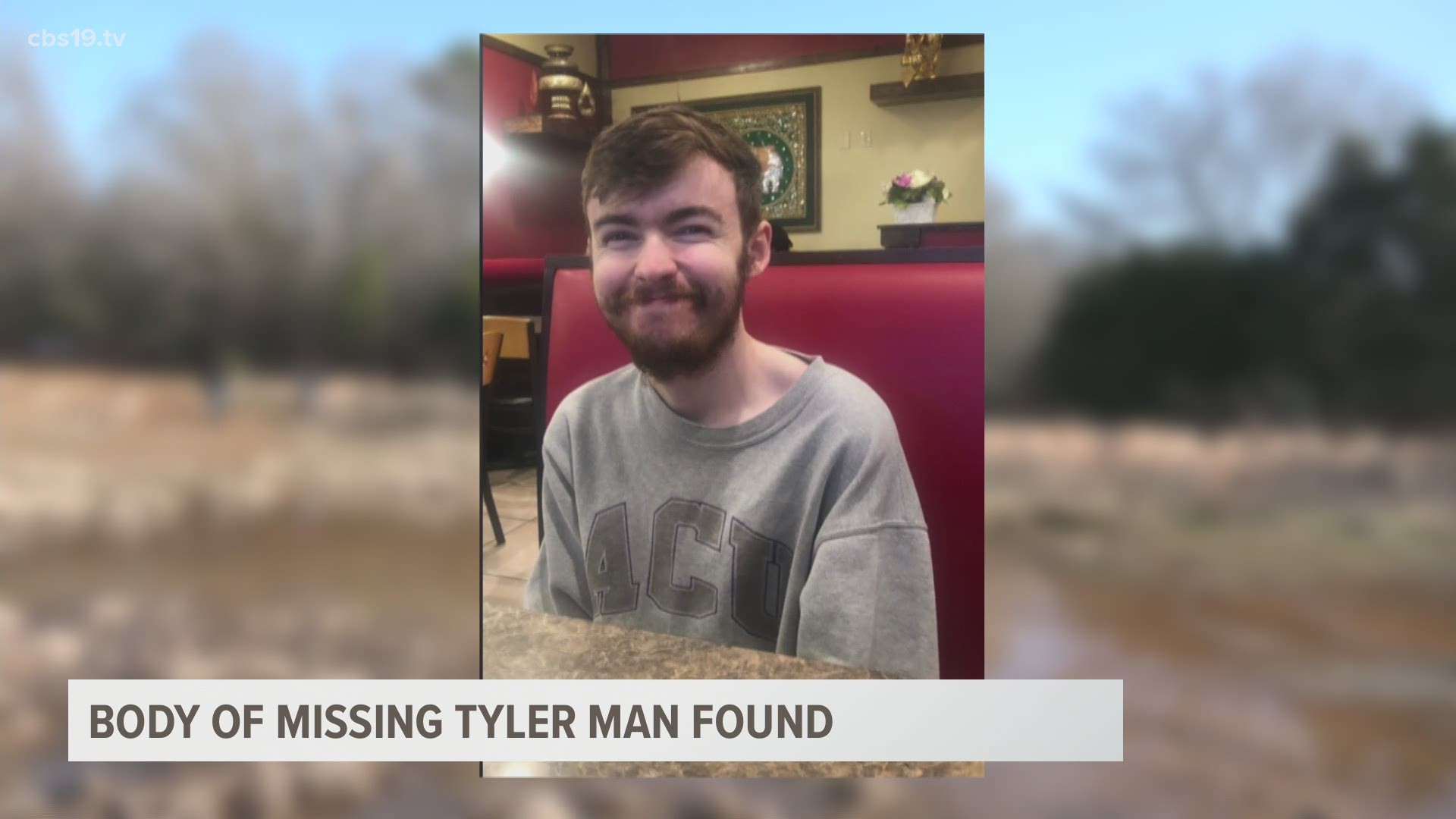 TYLER, Texas — **EDITOR'S NOTE: The video above is from a Jan. 11 story on Corbin Stiefer's disappearance.

Officials have located the body of a Tyler man who has been missing since Wednesday, Jan. 6.

CBS19 was on hand Wednesday as officials located the body of Corbin Stiefer, 21, near a drainage ditch on Toll 49.

"There's nothing to indicate why he was lying there. He was in a very tight area," Andy Erbaugh, Public Information Officer with the Tyler Police Department, said.

Erbaugh says officials hope to have a better understanding of what happened.

"It does not look like there was any foul play involved," he said, "Usually, you can tell that from the scene pretty immediately.

His body will be sent or autopsy.

A GoFundMe has been set up to held Corbin's family at this difficult time. 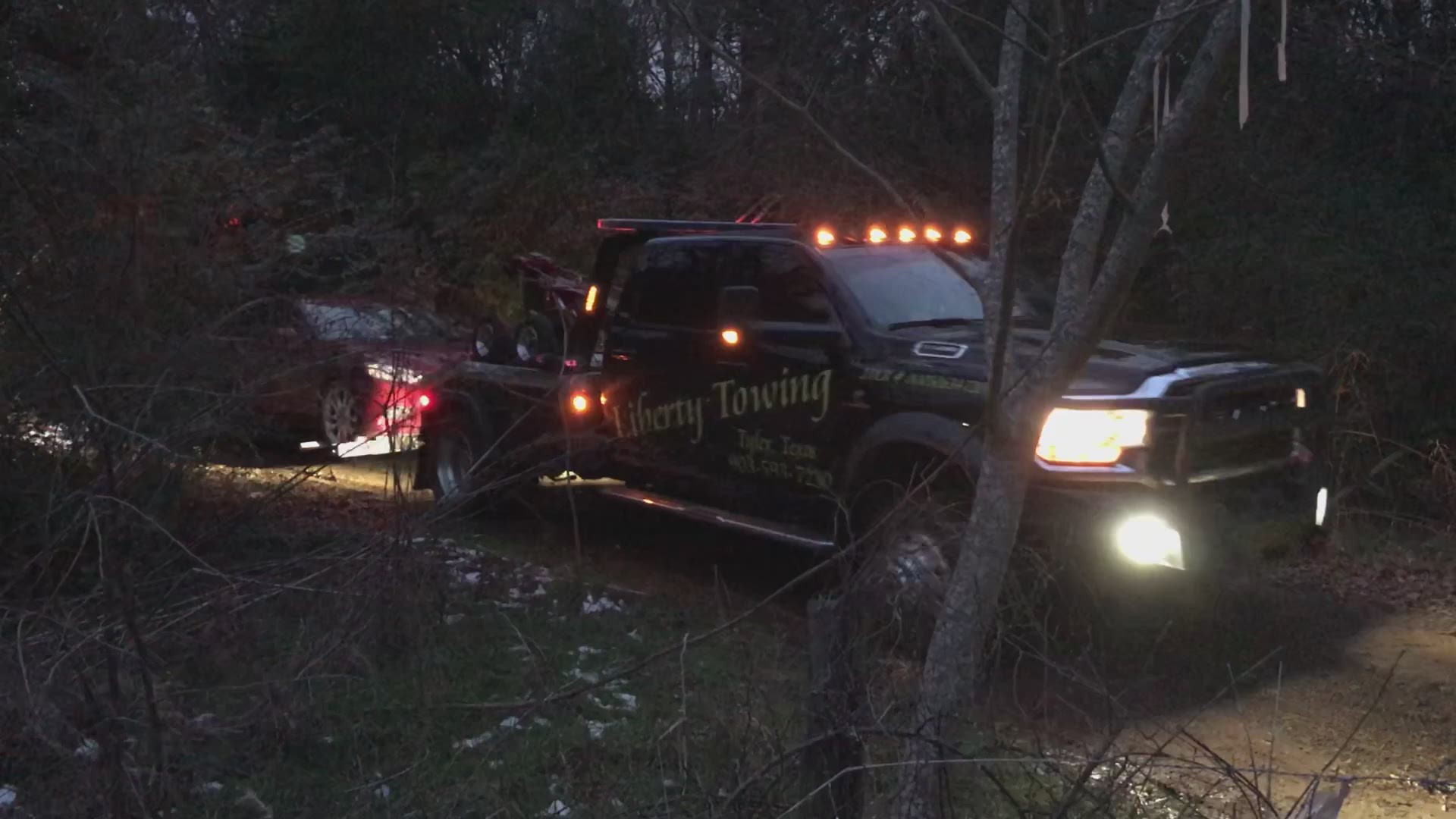 On Tuesday, officials located Corbin's vehicle in a wooded area near Toll 49.

Prior to his body being found, Corbin was last seen nearly a week ago on Briar Creek Rd., off Chimney Rock Dr. in Tyler.

On Jan. 6, Carys Stiefer sent a text to her daughter expressing how proud she was of her son, Corbin, for going to see his doctor on his own that day. However, 30 minutes after the appointment was scheduled to begin, Carys learned her son never showed up.

"Well, 30 minutes after the appointment was to start, I got an email from the receptionist saying, 'missed appointment,'" Carys said. "I thought that was very strange and this was during the pouring rain."

Carys tried to call Corbin, only to discover he'd left his cellphone at his grandparent's house where he'd been staying. She would later learn he also did not have his wallet or ID.

Corbin's sister, Darcy, was at work and didn't check her messages until around noon. When she saw the text from her mom about how proud she was of Corbin, she had a feeling something was wrong.

"This instant, like drop in my gut that sibling instinct where you just know something is wrong," Darcy explained. "I called my mom immediately after reading that. She was just like, who called you, who contacted you, like we were trying not to tell you while you were at work."

From there, Carys waited for her son to show up. Darcy left work anxious about her brother. For the next two days, the family had no idea of Corbin's whereabouts.

Then, the receptionist from the doctor's office alerted them a red vehicle had been in the parking lot on Jan. 6, but Carys said she was told no one got out of the vehicle.

Corbin was diagnosed with Crohn's disease in high school. Darcy said the chronic illness had begun to take a toll on him, but he still was a joy to be around.

"He's been mentally struggling with just accepting his disease, and it just keeps relapsing, you know, medicines won't work for him," Darcy said. "Then we'll have to start a new one. And he recently failed a clinical trial, it just stopped working, his body rejected it."

Corbin was scheduled to begin a new trial this week for his illness, but his sister feels this could have contributed to his disappearance.

"It is kind of his last chance, and the next step would be like a dramatic surgery that can alter his life," Darcy explained. "So I think he might have been a little bit stressed about that happening."

Corbin is described as 5'9 and about 110 pounds with brown hair and a patchy beard. He was wearing a grey sweatshirt, blue jeans and gray New Balance shoes.

Darcy returned to Abilene, where she and Corbin both attend Abilene Christian University. She and his friends had been searching for him as well.

#BREAKING: Officials have found the vehicle of a Tyler man who has been missing since Jan. 6. Corbin Stiefer, 21, was last seen on Briar Creek Rd., off Chimney Rock Dr. in Tyler. pic.twitter.com/apgP2cMDan