Reagan Hancock, 22, was approximately seven-and-a-half months pregnant when she was attacked the morning of Friday, Oct. 9. 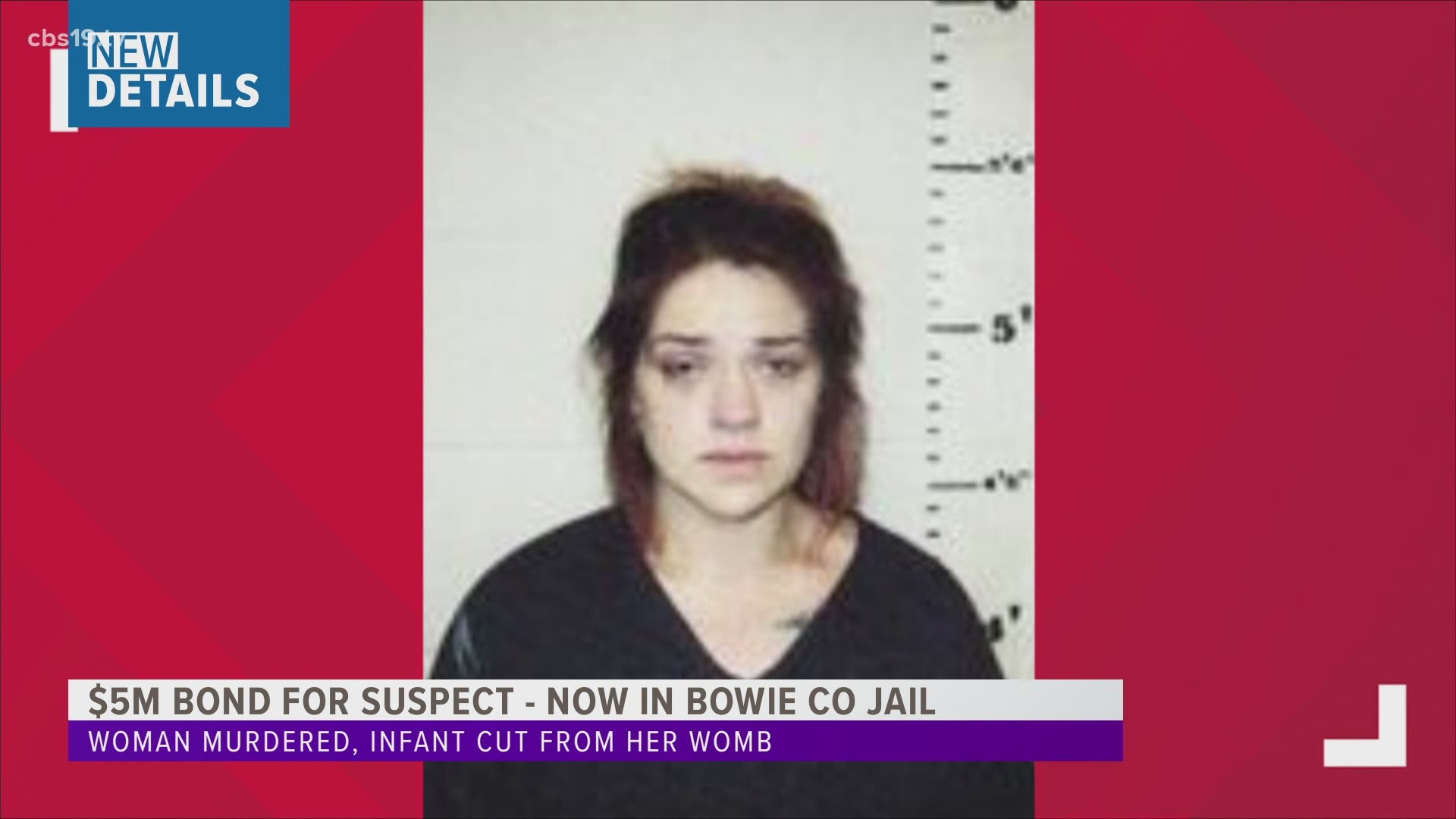 NEW BOSTON, Texas — A woman accused of murdering an East Texas woman and cutting her infant from her body has been moved to an East Texas jail.

Reagan Simmons-Hancock, 22, was approximately seven-and-a-half months pregnant when she was attacked the morning of Friday, Oct. 9 at a home in the 200 block of Austin Street in New Boston.

A female suspect, identified as Taylor Rene Parker, 27, was taken into custody in Idabel, Oklahoma, in connection with the crime.

She has since been booked into the Bowie County Jail on the following charges:

Her bond was set at $5 million.

According to the Oklahoma State Bureau of Investigation (OSBI), law enforcement was notified Parker had arrived at McCurtain Memorial Hospital Friday morning with a baby she said she had just given birth to on the side of the road. OSBI Agents and Idabel Detectives went to the hospital and learned Parker had been stopped by a Texas State Trooper in DeKalb.

"Based on the investigation that was taking place in Oklahoma and Texas, Parker was arrested for the murder and kidnapping of the baby and she was booked into the Idabel City Jail," the OSBI said in a statement. "This morning, Parker was taken before a judge in McCurtain County District Court. She waived extradition to Texas on two counts of murder and one count of kidnapping. She will remain in the Idabel City jail awaiting transport back to Texas.This investigation has been a collaborative effort between the OSBI, Idabel Police Department, New Boston, Texas, Police Department and the Texas Rangers."

A PayPal fundraiser for Hancock's family says, "Reagan Hancock and her unborn baby were selfishly killed by someone Reagan considered a friend."

A 22-year-old pregnant Texas woman, Reagan Hancock, was murdered inside her New Boston home and had her baby cut from her womb, police say. Her family says the suspect, a woman who was arrested in Oklahoma, was someone Hancock considered to be a friend https://t.co/0gSogdYUyn

The family of Hancock took to Facebook over the weekend to discuss the horrific crime:

"I don’t have it in me right now to make a long post," the post reads. "But mainly I am begging for prayers without ceasing for our family. Our beautiful daughter, Reagan Hancock, and her precious unborn baby girl, Braxlynn, were murdered yesterday by Satan in the flesh. I found her and Marcus and Chris were on scene right after me. Our family, friends and community are rocked to the core! Our Reagan was one of the most precious people you would ever meet. Please I beg keep us in your prayers."