“As a veteran myself, I want to make sure that my brothers are taken care of.” 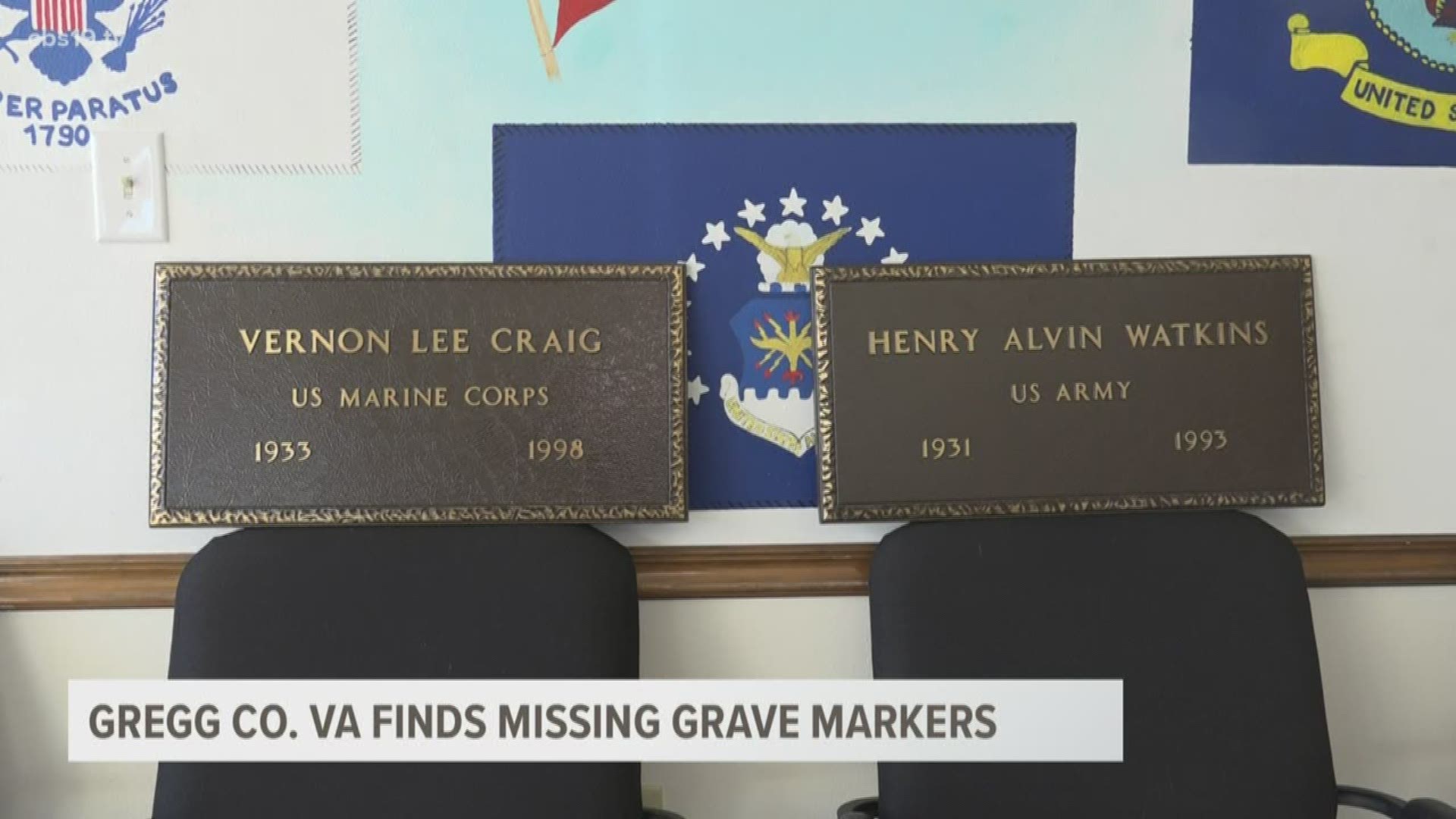 GREGG COUNTY, Texas — A Gregg County Veterans Services employee recently received two grave markers that were never placed on the final resting place of the men who were laid to rest there.

Kevin Marshall, Director of Veterans Services in Gregg County and a veteran of the United States Navy, says about a month ago, he was contacted by a man who had found two grave markers in a storage unit. The man had purchased the markers years ago from a Dallas-area funeral home that was going out of business.

“He called me New Year's Eve around late afternoon, telling me that he found some grave markers in his storage building, and he wanted to make sure they get to where they needed to get to,” Marshall said.

Marshall gladly took the markers and got to work figuring out where they belong.

“I called the burial and marker department of the VA, and they verified where these veterans were buried. They gave me the name of the cemetery [and] the name of the funeral home that was in charge of the cemetery," Mashall explained. "I gave them a call, and they did their research. Within a week, they let me know that these veterans were buried in their cemetery and they will be more than honored to take ownership of these markers so they can get placed."

Marshall says this type of task is not usually something he does with his job, but he tries to go above and beyond the normal demands of his position to help those in need.

“I would be doing a disservice if I would have turned the gentleman away,” Marshall said. “As a veteran myself, I want to make sure that my brothers are taken care of.”

Marshall says the markers will be given to the funeral home where Watkins and Craig are buried in the coming weeks.