About 22% of East Texans are considered to be food insecure. 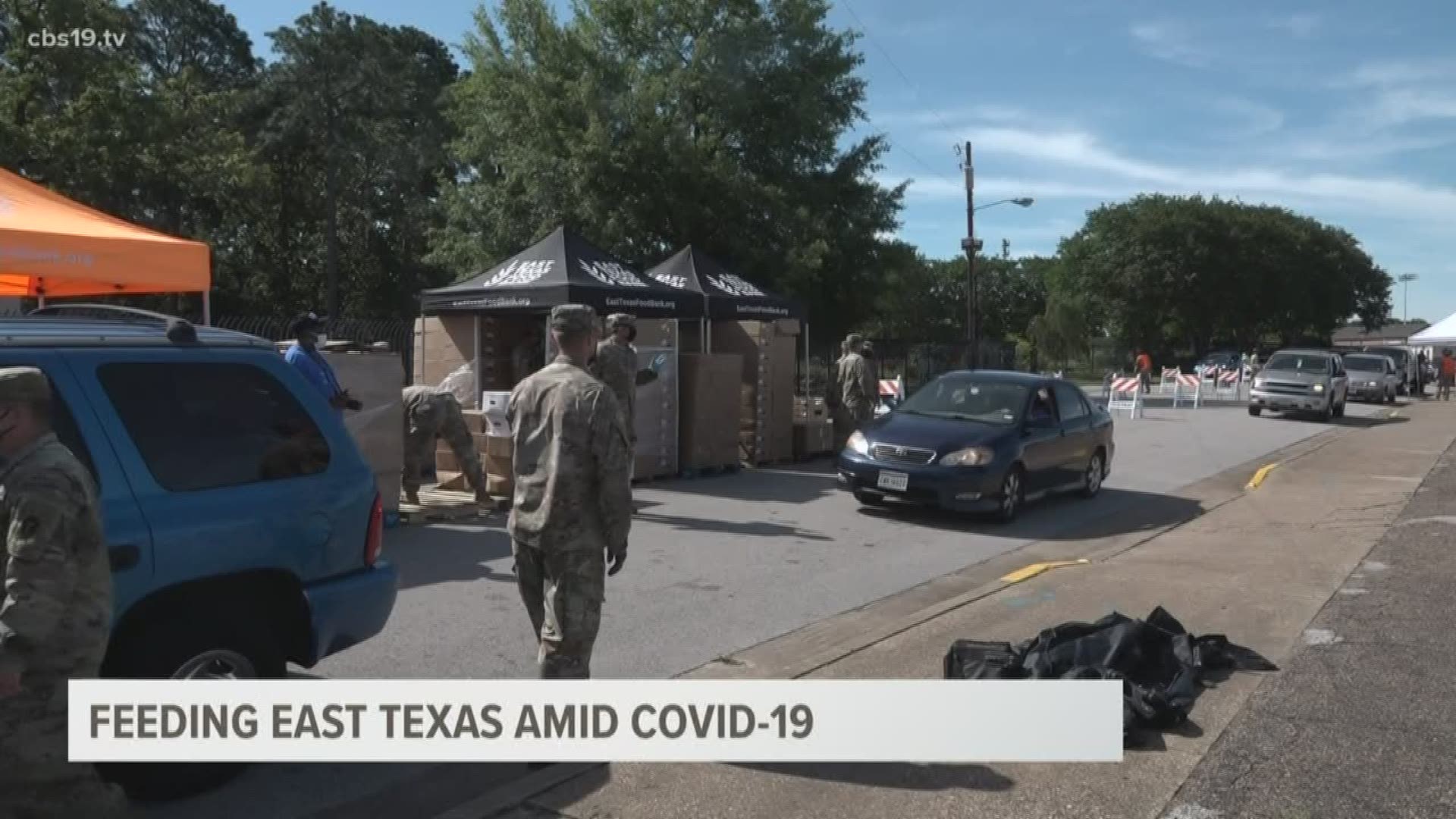 TYLER, Texas — One of the effects of COVID-19 pandemic is a rise in food insecurity.

As a result, East Texas non-profits like the East Texas Food Bank have held distribution events to help feed those in need during this uncertain time.

Claire Babineaux-Fontenot, the CEO of the non-profit Feed American, visited Tyler Friday for a distribution event. She says the East Texas Food Bank is a model organization for other food banks around the country.

"We had a significant decrease in our volunteer base," said Babineaux-Fontenot. "Without the National Guard, we simply would not be able to do the work that we're doing right now all around the country."

Babineaux-Fontenot estimates across the country they will see an additional 20 million people become food insecure.

"Over the course of this pandemic, we've seen an increase that we hope peaks at 70%," said Babineaux-Fontenot. "Right now, it's around 60% overall across the United States."

In East Texas, East Food Bank CEO Dennis Cullinane says food insecurity in 2018 was 17%. However, that number is much higher at this time.

"It's 22% of our neighbors who are food insecure, 282,000 people may not know where their next meal is coming from," Cullinane explained.

Texas ranks seventh in the U.S. in food insecurity rates at 20% for the total population and 22% for children.