"I was just always taught to embrace, embrace my identity, embrace who we are." 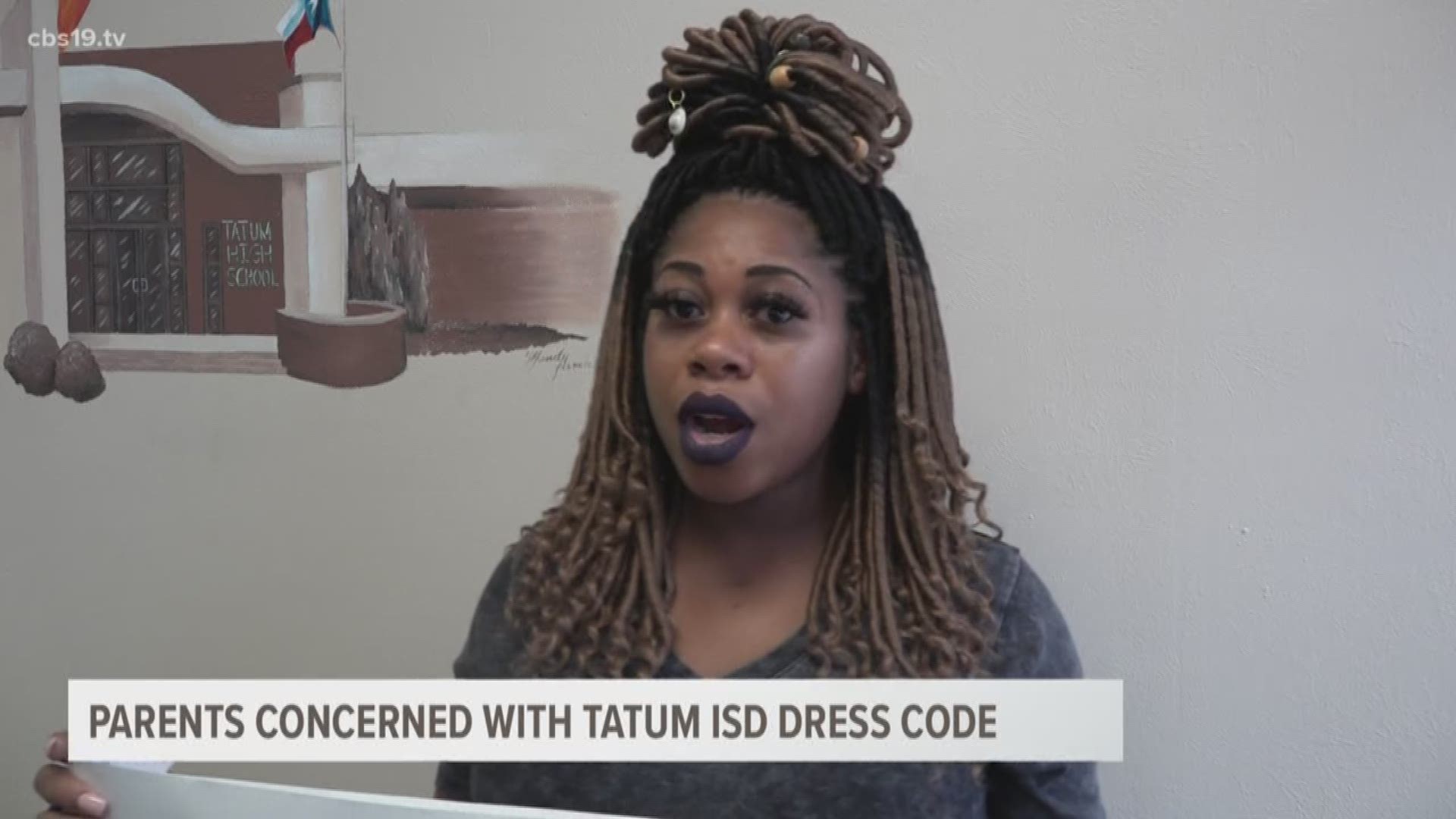 *Editorial Note: This story was originally published on September 9, 2019. Updates to this story have been linked at the bottom.

During Tatum ISD’s school board meeting on Monday, many parents and supporters wanted to let board members know they believe the district’s dress code policy is gender bias and racially discriminatory.

Some of those attending held signs that read, "My hair is my crown" and "No one is free when others are oppressed."

Randi Woodley's grandchild attends a Tatum ISD school. During a meet-the-teacher event, she was called into the principal's office to talk about her child's hair.

RELATED: 3 Pearland ISD employees sued after parents say black student was made to fill in hair design with Sharpie

"I was just always taught to embrace. Embrace my identity, embrace who we are," Woodley said.

She says the message she wanted to get across to the school board was beyond the issue of hair.

“I'm trying to teach him that who you are. God created you and you can feel good about it," Woodley said. "You're loved, you're beautifully made.”

In regards to school dress code policy, the district states:

"Student’s hair shall be clean and well-groomed at all times and shall not obstruct vision. No ponytails, ducktails, rat-tails, male bun or puffballs shall be allowed on male students. ALL male hair of any type SHALL NOT extend below the top of a t-shirt collar, as it lays naturally."

Woodley says naturally when her grandson's hair is down, it hangs below his t-shirt collar line. From time to time she says she will put ponytails in his hair. The district says those hairstyles do not comply with their guidelines.

Along with Woodley, two other people spoke during the district's open board meeting.

"On the dress code, on the hair code, I would just ask that you would consider updating it perhaps,” a teacher said at the meeting.

“To tell an African-American how to wear their hair is wrong,” a family member of a student said.

Kambry Cox has a kindergartner who wears his hair in dreadlocks.

If such dreadlocks hang below the child's collar on his shirt, they would be deemed unacceptable according to the school's policy.

“I just want my son to be treated equally, racially equally, his income equally, I don't want you to treat him any better than the next student," Cox said. "But I want him to be our equality from this.”

The next Tatum ISD school board meeting will be in October. Board members may or may not discuss potential changes to the district's dress code policy.

The district did not respond to CBS19's request for comment.