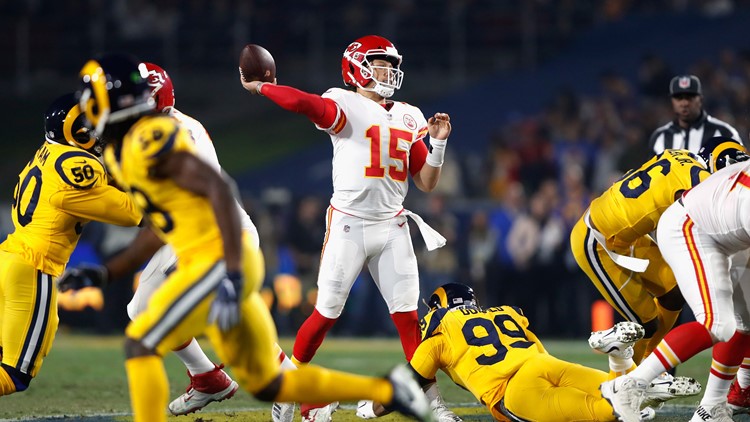 Photo by: Sean M. Haffey
Quarterback Patrick Mahomes #15 of the Kansas City Chiefs passes against the Los Angeles Rams in the second quarter of the game at Los Angeles Memorial Coliseum on November 19, 2018 in Los Angeles, California. (Photo by Sean M. Haffey/Getty Images)

The teams are voted on by 50 AP media members and the second-year sensation racked up 45 of those votes.

Mahomes, who is widely regarded as a frontrunner for the league MVP award, was joined by teammates Travis Kelce, Mitchell Schwartz and Tyreek Hill on the All-Pro team.

The East Texan has thrown for nearly 5,100 yards and 50 touchdowns to lead the Chiefs to a 12-4 record and No. 1 postseason seed in the AFC.