Otis Bryant is beloved by his neighbors, who say he still cuts their grass at 95-years-old. 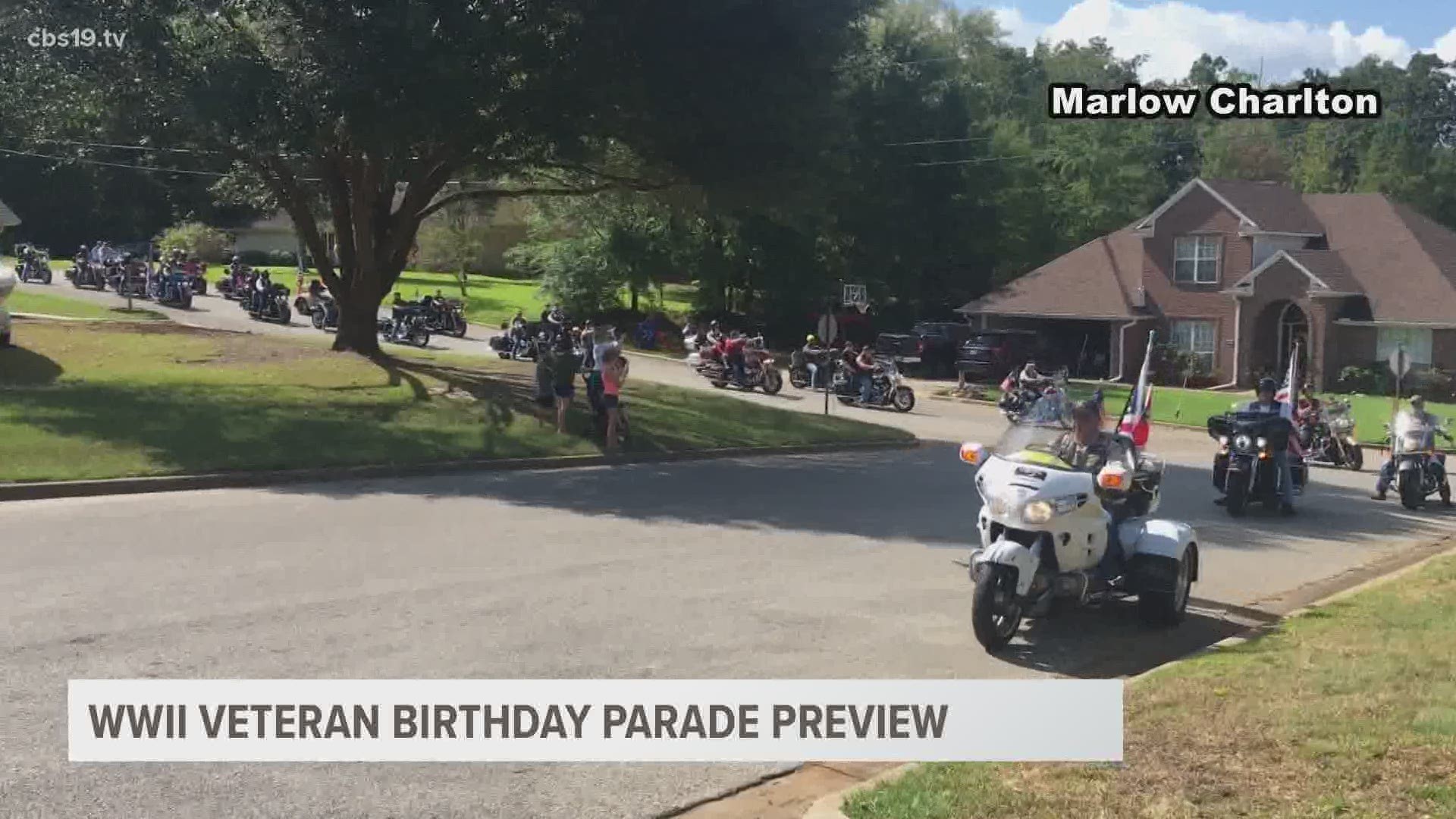 TYLER, Texas — During World War II, Otis Bryant, 95, of Tyler joined millions of Americans by enlisting to fight abroad. He served with honor in the Navy. In the years since the war, he has become a beloved neighbor.

"He's always on the side of right. He don't start no trouble. He helps everybody in the neighborhood," Bryant's neighbor and close friend Marlow Charlton said. "He cuts everybody's grass, whether you want him to or not sometimes. He's not your normal neighbor."

Last year, he got a special birthday celebration from some of neighbors as a thank you for his service and for being a good neighbor.

Bryant's August 15 birthday will be celebrated by the Patriot Guard with a parade of motorcycles passing by his homes. People who want to take part must wear a mask.