Petition started to save Tyler skatepark

The City of Tyler recently announced it would be expanding the Faulkner Skatepark and demolishing the skate features at Noble E. Young Park. 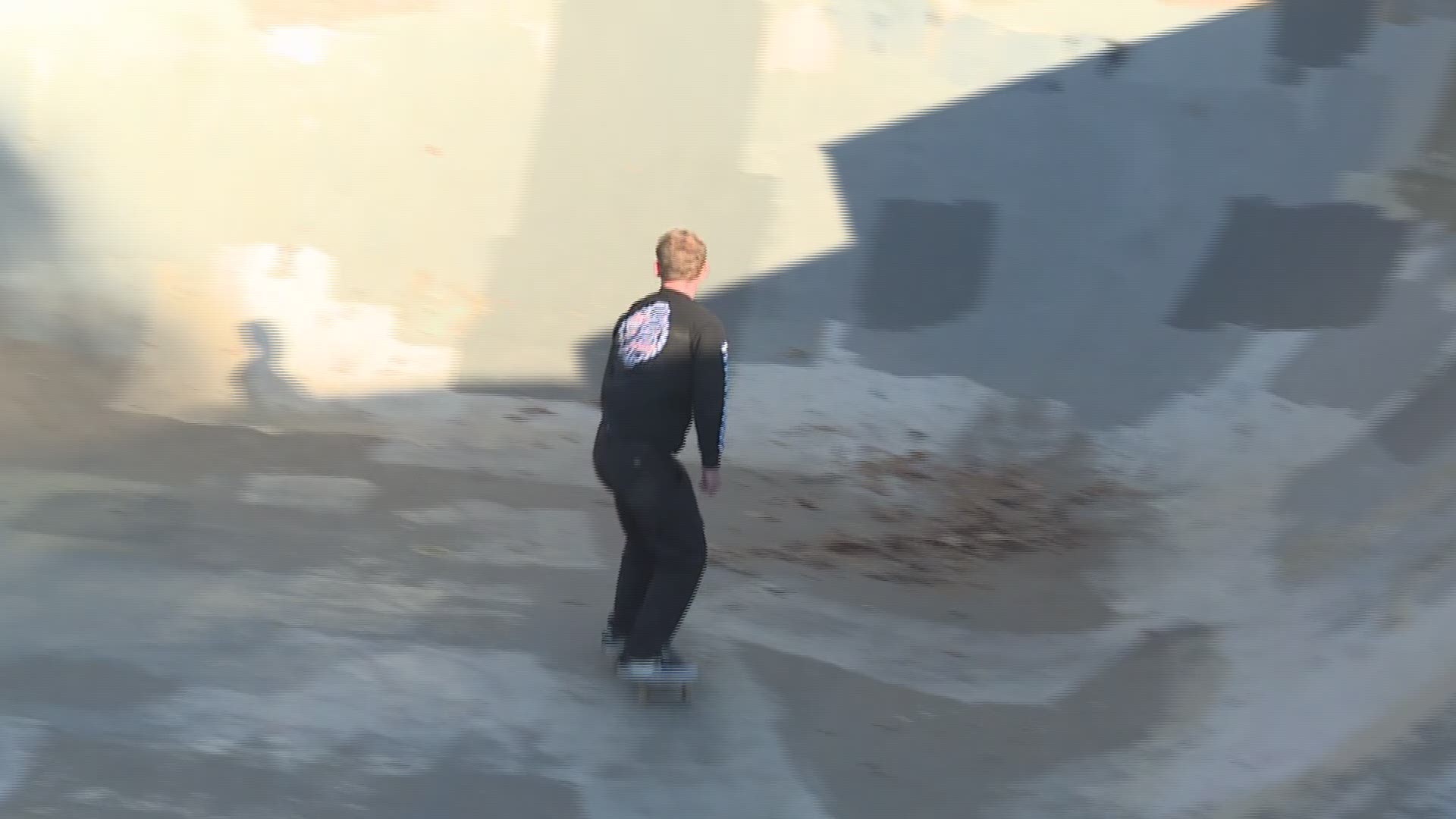 TYLER, Texas — The Noble E. Young Skatepark in Tyler was built in the 90s and expanded with a skate bowl in 2010. It's been a popular community park because of those features and it's where Mandy Glasscock's daughters learned to skateboard.

"We're here once a week," Glasscock said. "I know the one south [Faulkner Skatepark] is going to get bigger, but this just has so much history. And the community that comes out here, we just love it."

The City announced Nov. 11, the Faulkner Skatepark would be expanded. That wasn't the only news, the City also reported it would be demolishing the skating features at Noble E. Young Park once the other park's upgrades were completed.

"As soon as it was official like this is what's going to happen, it was like it's go time, you know, we want to save this park," she said.

Glasscock created an online petition called 'Save our Skatepark', which within a week has gathered more than 85 signatures out of its goal of 100.

Ashton Scott skates at Noble whenever he can find the time. For him, the community park has offered a place to skate his preferred style and hang out with friends.

"And looking at the forums of what they're building next, their next phase is still is not going to get anywhere close to what we're actually finding true happiness with," Scott explained.

Tyler Parks Director Russ Jackson isn't sure if there's anything that can be done to save the park. Before the Faulkner Skatepark was built, the City held community meetings about the future of the community skate park.

"It comes into play that the people in the neighborhood do not want the this type of park as far as the large amount of gatherings and those type of things," Jackson said.

Scott feels that the skaters are not the reason why the surrounding neighborhoods want large gatherings to stop and that removing the skatepark won't deter people, but force them to find somewhere else to go late at night.

"We simply enjoy life and skateboard, we don't go destroying stuff or anything in that manner or doing drugs out here or anything negative like that," he said. "If they were to tear this down, it's going to follow to another location. People that are doing negative stuff here after hours, they're going to go into the city and do it elsewhere."

The main reason why the City plans to demolish the skating features boils down to money. Jackson says the city lacked funds for several years to maintain the skatepark.

"It would need a complete renovation," Jackson explained. "You'd have to still demo it. We're probably guessing 40, you know, $50,000 just to do the demo."

Jackson says a skatepark the level and size of Noble's would require a full time staff member to upkeep it, which the City does not have in the budget for community parks. Faulkner is considered a regional park and has designated park staff members there during the day.

Glasscock isn't giving up hope until a demolition contract has been approved by the Tyler City Council.

"I feel like a lot of Tyler's money keeps getting pushed south," Glasscock said. "We've got kids in neighborhoods around here, we've got North Tyler, we've got West Tyler, we've got all these kids who utilize this park and youth and adults."

Both Glasscock and Scott plan to speak at future council meetings to raise awareness about the park's value to the community, as well as continuing spreading the petition.

"All we can do is hope for the best and try and not let this get torn down," Scott said.