The City of Marshall is also known for its annual Wonderland of Lights. 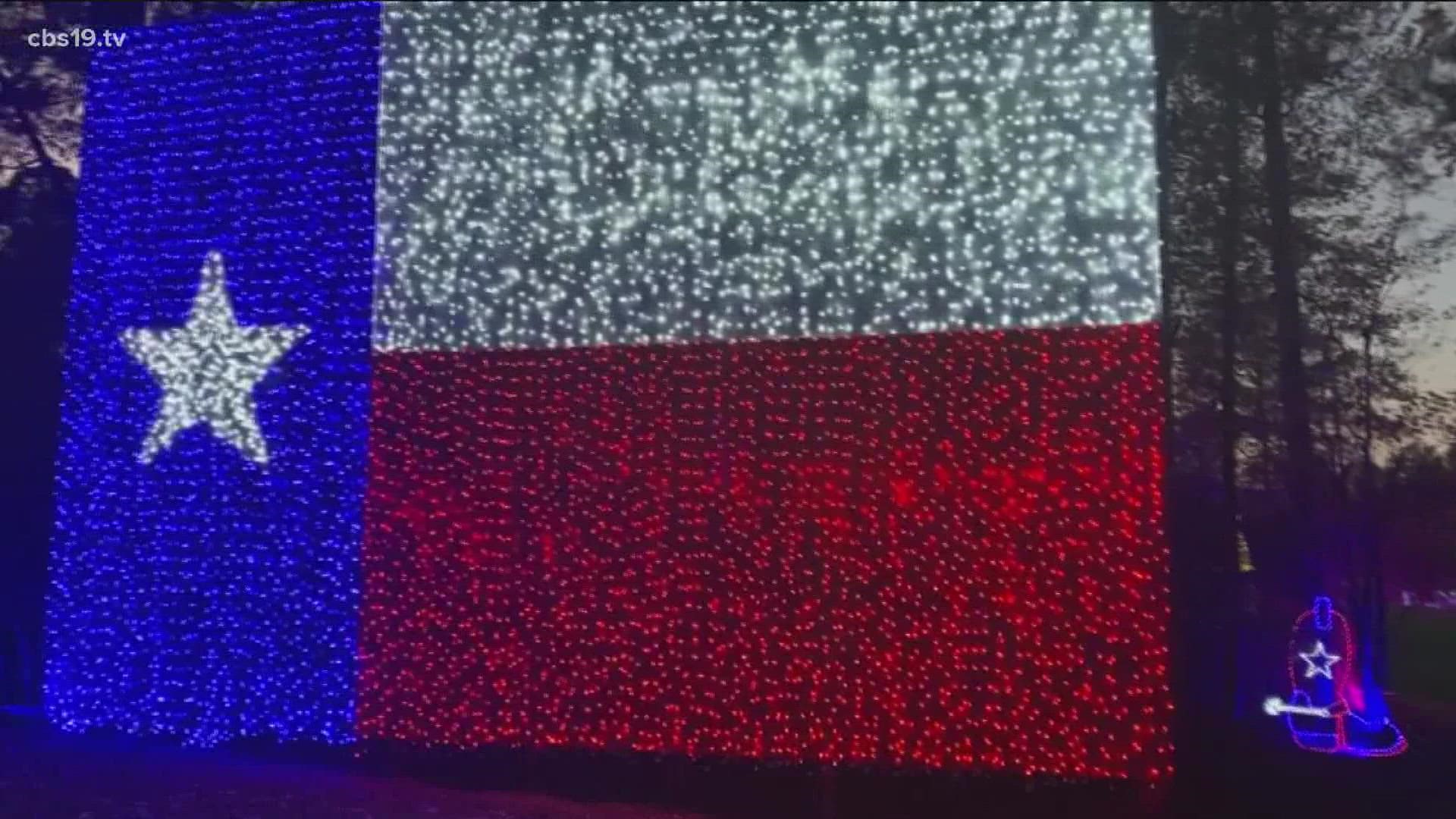 MARSHALL, Texas — If you have never been to Marshall around the holiday season, visitors and residents call it magical.

The city's newest attraction, Piney Park, is preparing for its grand opening set for Thursday, Nov. 18, at 600 Martin Lake Dr.

Natalie Stanley, one member of the two-family team behind the idea, says she wanted to see all of her favorites from other places she's been tied into one holiday package.

"We tried to take the best pieces from various attractions from across the county and put them as one," Stanley said.

Piney Park is the product of both the Stanley family and their longtime friends, the Coulters.

The two couples bought the 120-acre property, transforming 15 of those acres into a winter wonderland.

"There's more to do than just look at lights," Stanley said.

The park's main attraction is the trail of lights, a woodsy walking trail twinkling with light displays created by Extreme Landscapes, a company responsible for light attractions across the country.

"We tried to cultivate really unique spaces with a holiday twist to them," Stanley said.

You can take a dive into non-traditional set ups like the sea of UV lights, gingerbread village, a land of gnomes and a tribute to Texas.

"This is a nighttime event, it's really cool to see once its dark," said Stanley.

There's also a variety of activities for the kids including hay bales to climb on, a 30-foot sack slide and of course pictures with Santa.

Amy Owens, a 25-year Marshall resident and co-owner of Wag Swag Co. has been helping Stanley pass out flyers to spread the word.

"[Natalie] says most of the ticket sales have been from out of town so I've been trying to bring in local residents," Owens said. "Everybody is excited for it to open," Owens said. "They have been seeing it advertised on Facebook and they've been hearing it on the radio station so they're just excited to get in here and see what it's like."

Owens will be one of several vendors selling handcrafted products.

"We do handmade dog bandanas and dog mom shirts, just a little bit of everything for dog moms," Owens said.

Piney Park is open through Jan. and during their grand opening, one lucky person could win $10,000! Click here to learn more.