"I'm afraid it's gonna, you know, one side the car is going to fall into one of the holes." 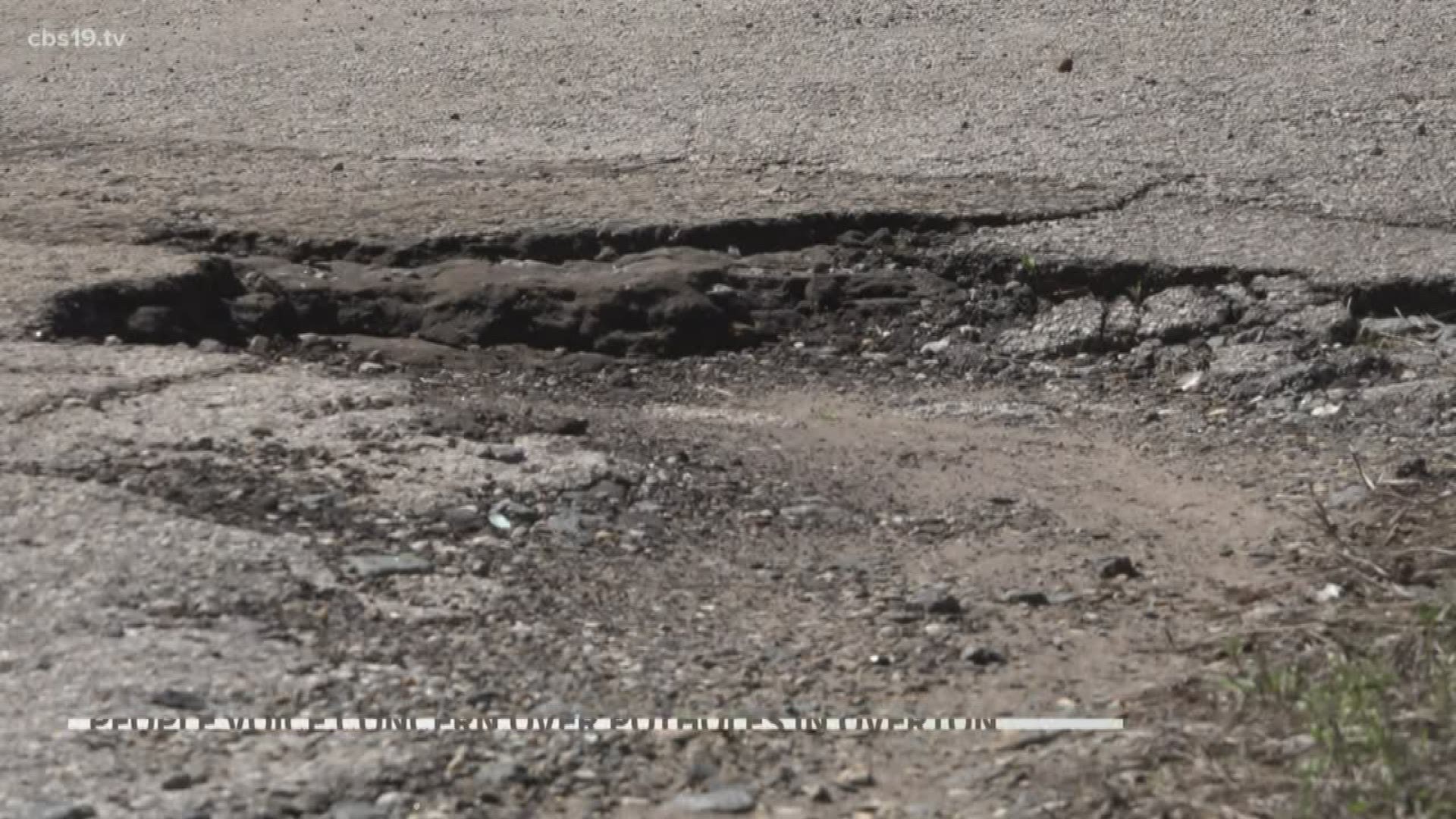 OVERTON, Texas — Residents in Overton are growing frustrated by the many potholes littering the streets of the small town. Some of the potholes are as wide as a bathtub.

Rhonda O'Brien has lived in Overton for the past three years. She says she is worried that about the damage these potholes can cause.

"I think the roads need to be repaid," said O'Brien. "Especially the ones around here by my house they've always been bad and I think this city needs to pay attention to it."

The potholes in Overton are not just on the outskirts of the city. Some come as close at two miles from the city hall. Mayor C.R. Evans says the city is aware of the pothole issues.

"We have the machinery to fix it sufficiently, but, you know, it's got to dry out first," Mayor Evans said.

Even though the city fully intends to patch the potholes, O'Brien says more needs to be done.

"I'm afraid it's gonna, you know, one side the car is going to fall into one of the holes," said O'Brien.

For a permanent fix, Evans says the city needs grant money from the state, but because they are behind on their audits, they may not get the money to completely fix the potholes for the next couple of years.

"When you're behind on your audits, you're lucky to get grants at all," said Evans. "We're only like three years off now. So we've been told by them we've got to get caught up before we can apply for any more grants."

However, while the city is working to fix what it can, that is of little comfort to drivers who use the roads each day.