Preparing for spending time outside this Memorial Day Weekend

Many East Texas lakes have risen by several feet from the recent weather, but an influx of visitors are still anticipated for Memorial Day Weekend. 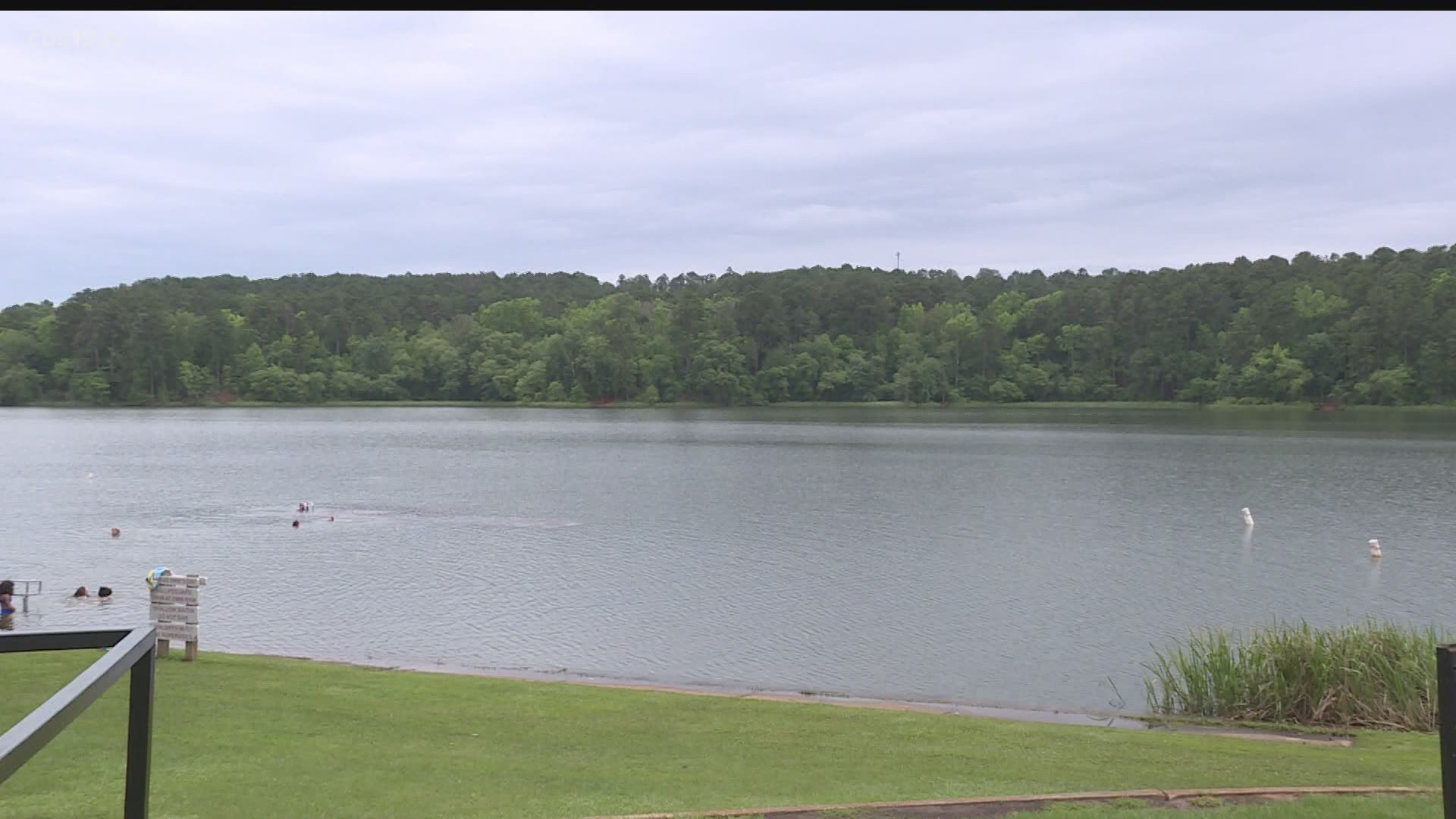 TYLER, Texas — Despite the on and off showers in May, many people are still expected to spend time outdoors for the Memorial Day weekend.

Derin DePalmero, the park superintendent for the Tyler State Park, said the park, like many other East Texas state parks and lakes, is gearing up for a weekend full of visitors going camping, hiking, swimming and boating.

"I think Sunday and Monday, will probably be our busiest days, this weekend, the weather is going to be just right," he said.

East Texas lakes have risen by several feet from the recent weather, causing some boat ramps and other areas to be closed, but many are still gearing up for swimmers. To check for lake closures, click here.

Local rivers like the Sabine and Neches are expected to have minimal flooding that will diminish over the weekend.

DePalmero said people can still swim in the elevated water, but they should still take precautions. Some tips for swimming in high water are going in feet first and wearing a life vest if someone is not a strong swimmer.

Also, children 13 and under are required in Texas to wear a safety jacket while on a boat.

The Tyler State Park plans to have all of its attractions available, except for the mountain biking trails. Those who plan to do any hiking should stay on the lookout for debris and take other precautions from the weather.

"It's going to be a little bit wet, and so they might want to think about that when they get on the trail system," said DePalmero. "You know, just making sure that they're hydrated, even though it's not hot yet, it's still important to stay hydrated."

"They need to put their trash away at night, keep their coolers in their cars if they can because the raccoons are pretty fierce," he explained. "They (raccoons) will carry it off."