The Carthage Bulldogs and Gladewater Bears have been selected for the top spots in their respective polls for the preseason edition of the #bEASTTexas Fabulous 15. 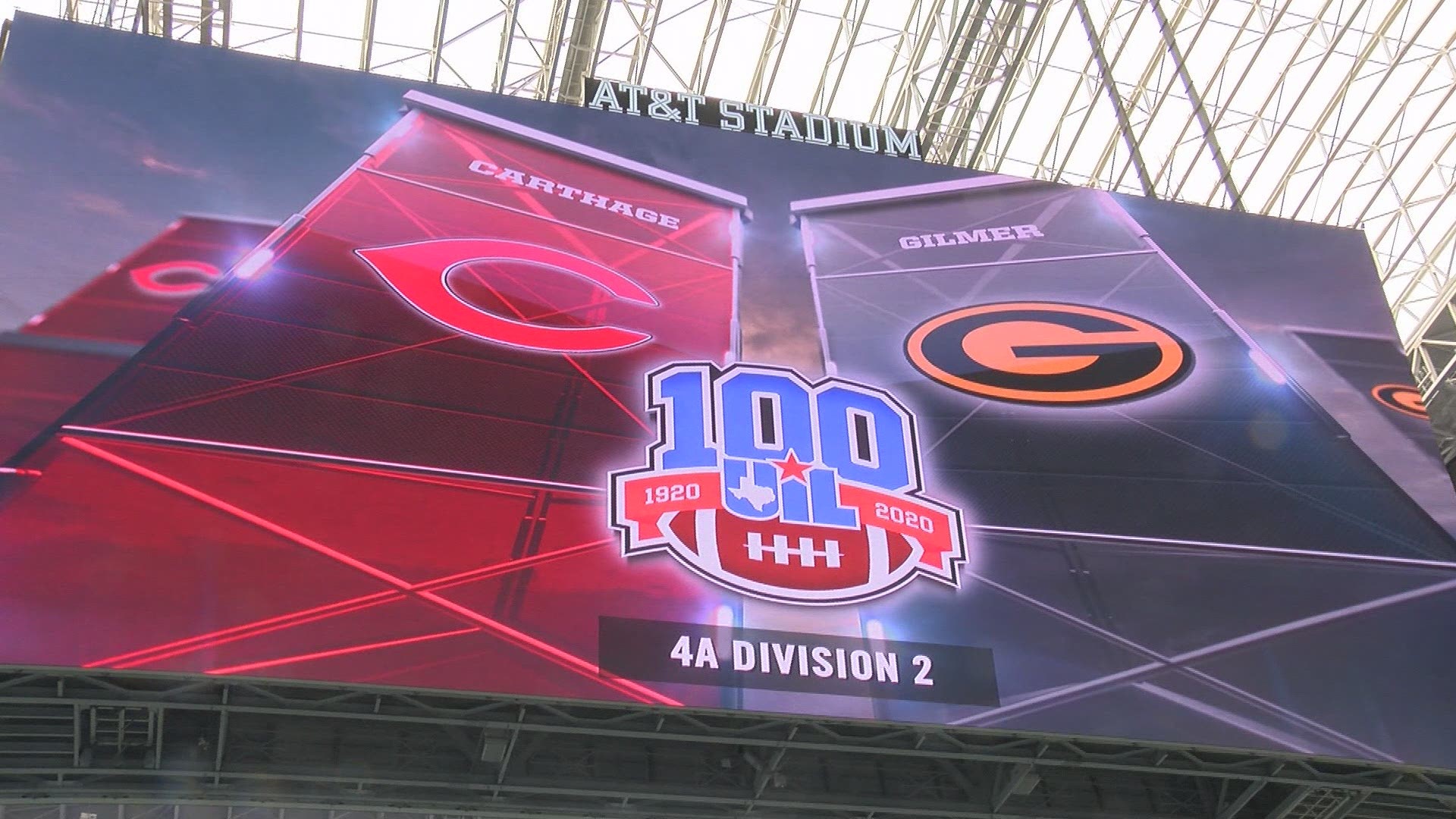 Gladewater has won 29 games the past three seasons.

The Bulldogs and Bears have been selected for the top spots in their respective polls for the preseason edition of the #bEASTTexas Fabulous 15.

Carthage returns 13 starters, including eight on defense. One of the returning defensive starters is four-star Oklahoma linebacker commit Kip Lewis.

Longview received the other four first-place votes and earned 208 points. The Lobos (9-3 in 2020) return six offensive starters, including five-star receiver Jalen Hale, and have two starters back on defense.

Gilmer, which went 14-2 last season with both losses coming to Carthage, checks in at No. 3. The Buckeyes return 12 starters, led by UTSA commit Brandon Tennison at quarterback.

Tyler Legacy, which was 6-6 last season and won its first playoff game in 11 years, is No. 7.The Red Raiders return two of the top running backs in the country with Texas pledge Jamarion Miller and Texas Tech commit Bryson Donnell.

Tyler High went 2-7 a season ago, but with a strong crop of young skill position players, along with Manor transfer Eli Holt at quarterback, the Lions are expected to make large strides in 2021 and come in at No. 12 in the poll.

Gladewater leads the small-school rankings with 12 first-place votes and 215 points. The Bears were 8-3 a season ago and return 16 starters, including four-star receiver DJ Allen, who announced a final four of USC, TCU, Arkansas and Baylor on Thursday.

Malakoff comes in at the No. 2 spot. The Tigers (10-3 in 2020) got one first-place vote and 201 points. Malakoff returns four starters on each side of the football.

Waskom, which received a first-place vote, and Elysian Fields round out the top five. Waskom was 12-2 last season and returns 15 starters.

Timpson received the final first-place vote and is No. 10 in the poll. The Bears were a surprising team in 2020 with a 14-1 record, and 16 starters are back from that team, including Terry Bussey, who ran for 1,236 yards and 19 touchdowns, caught 24 passes for 557 yards and eight touchdowns and threw for 721 yards and 11 touchdowns as a freshman.

Voters in the poll were Phil Hicks and Brandon Ogden of the Tyler Morning Telegraph, Jack Stallard and Thomas Bingham of the Longview News-Journal, Ryan Silapan of the Panola Watchman, Nathan Hague of the Marshall News Messenger, John Krueger of the Nacogdoches Daily Sentinel, Josh Havard of the Lufkin Daily News, Mitch Lucas of the Kilgore News Herald, Juwan Lee of the Palestine Herald-Press, Jay Neal of the Jacksonville Progress, Joe Elerson of the Athens Daily Review, Reagan Roy-Young of CBS19, freelance writer Joe Hale and Harlen the Sports Guy of the Friday Night Scoreboard Show.