The Tyler Area Metropolitan Planning Organization will hold a virtual meeting at the Tyler City Hall on July 30. 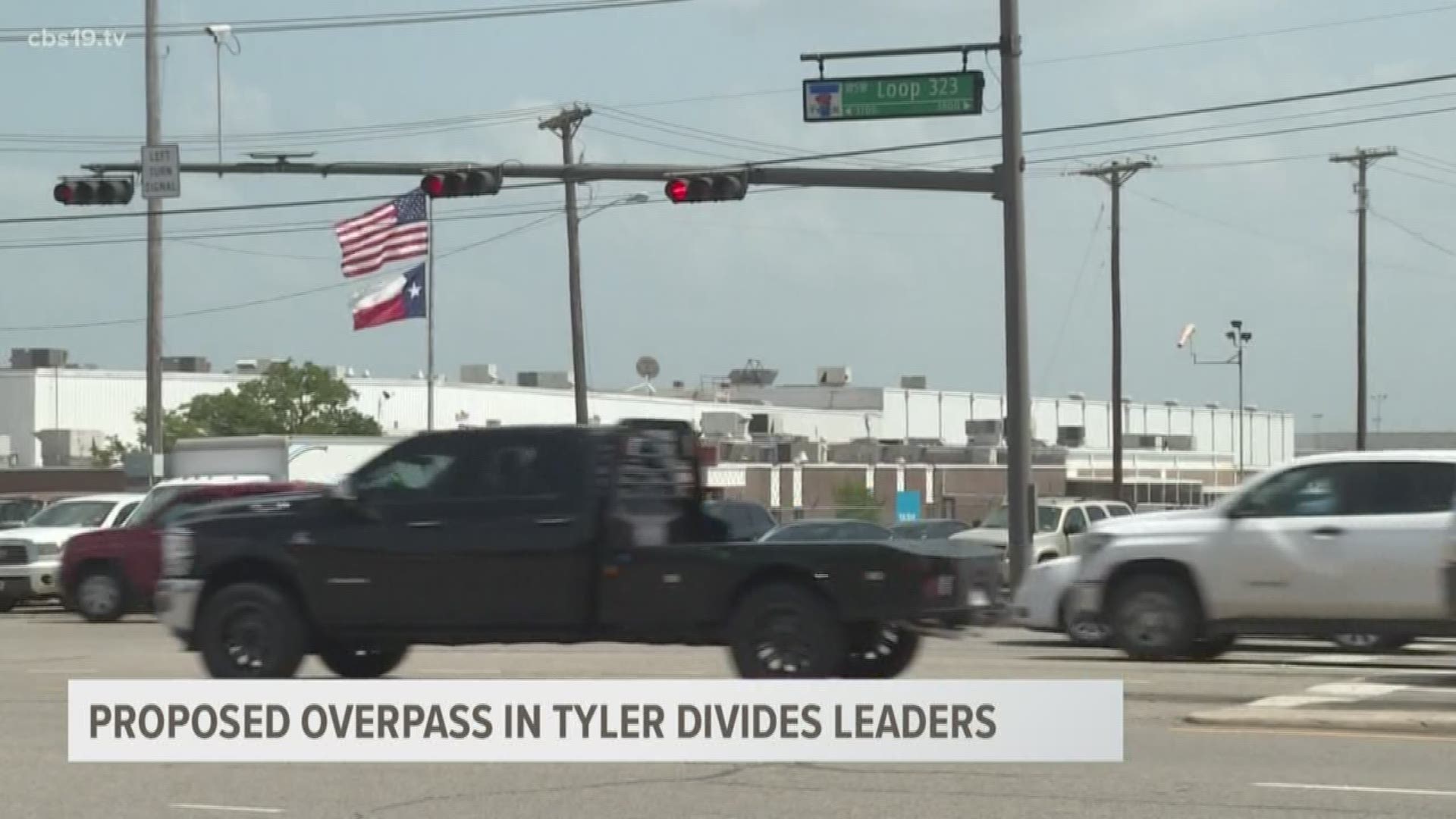 SMITH COUNTY, Texas — An overpass has been proposed to be built in the city of Tyler to alleviate congestion, but some local businesses say it’s not the right area nor the time for it.

According to the Texas Department of Transportation (TxDOT), Old Jacksonville Highway will soon look like South Broadway Avenue, and they’ve proposed an overpass to be built along with several other projects for the area like widening the road to six lanes.

“The MPO (Tyler Area Metropolitan Planning Organization) said that we really need the overpass,” Tyler city council member, Bob Westbrook, said. “That (overpass) provides the best and safest way to move the volume of traffic through that intersection and not eliminate the possibility of gridlock like we have currently on South Broadway."

The overpass along with widening Old Jacksonville Hwy isn't set to begin until 2024. Yet many businesses in the area are trying to kill the project at an MPO meeting July 30.

"We don't think it adds any value to the area for our customers or the businesses in this area,” general manager of Classic Toyota, Michael Allure, said. “And that's why we formed the coalition to try to get it blocked."

More than 30 businesses including Brookshire’s, Goodwill Industries, and Cavendar’s are a part of the Coalition of Concerned Businesses and Residents. The coalition sent a letter to the MPO members, which are elected officials and city employees from Smith County, as well as representatives from TxDOT and the North East Texas Regional Mobility Authority (NETRMA), saying they adamantly oppose the construction for its “determinantal effect on daily operations.”

"The light at Kinsey Drive on the Loop is only 0.6 miles away from this overpass, and it would literally create gridlock at that light,” Allure said. “Then going the other direction is Highway 155, which is only a mile away. So, we don't think it expedites traffic, improve safety or helps the businesses in this area in any way."

Westbrook, who is in support of the overpass, feels it would be unfair to kill the project before receiving public input.

"Right now, over 50,000 cars a day go through that intersection east and west, and 35 to 40,000 depending on the season go north, south, Old Jacksonville,” Westbrook said. “So already with that amount of traffic, it's inevitable that we're going to have gridlock if we don't do something that's truly visionary like build that overpass.”

Smith County Judge Nathaniel Moran and County Commissioner Jeff Warr are also in opposition of the proposed overpass as it is, at this time, stating in a letter:

“It is our hope that the concerns raised can get resolved and that there will be a resulting consensus of support and approval of the project among those businesses currently opposed to it. However, short of a decided change in position by a number of businesses currently opposed to this OJ/323 Overpass & Interchange Project-particularly from Brookeshire Grocery Company, which has been a pillar of the Tyler economic and business community for generations – we cannot lend our support moving forward.”

Without elected officials support and if it’s taken off the MPO’s list, Westbrook says the project will not only die but the money for the overpass would not stay in the community.

“When that money leaves, it doesn't go to another transportation project in Smith County or the city of Tyler,” he explained. “There's such great transportation needs around the state it will be gobbled up and it may never ever come back to our community. So that's why there is this sense of urgency.”

Westbrook encourages people to reach out to members of the MPO about the overpass before the July 30 meeting. The meeting will be held virtually at the Tyler City Hall at 2 p.m.

If the project is approved, the next step is a tentatively scheduled public meeting scheduled for the fall. To learn more about the project, click here.