With a new season and flowers in bloom, pets could be exposed to harmful plants. Here is what to look for. 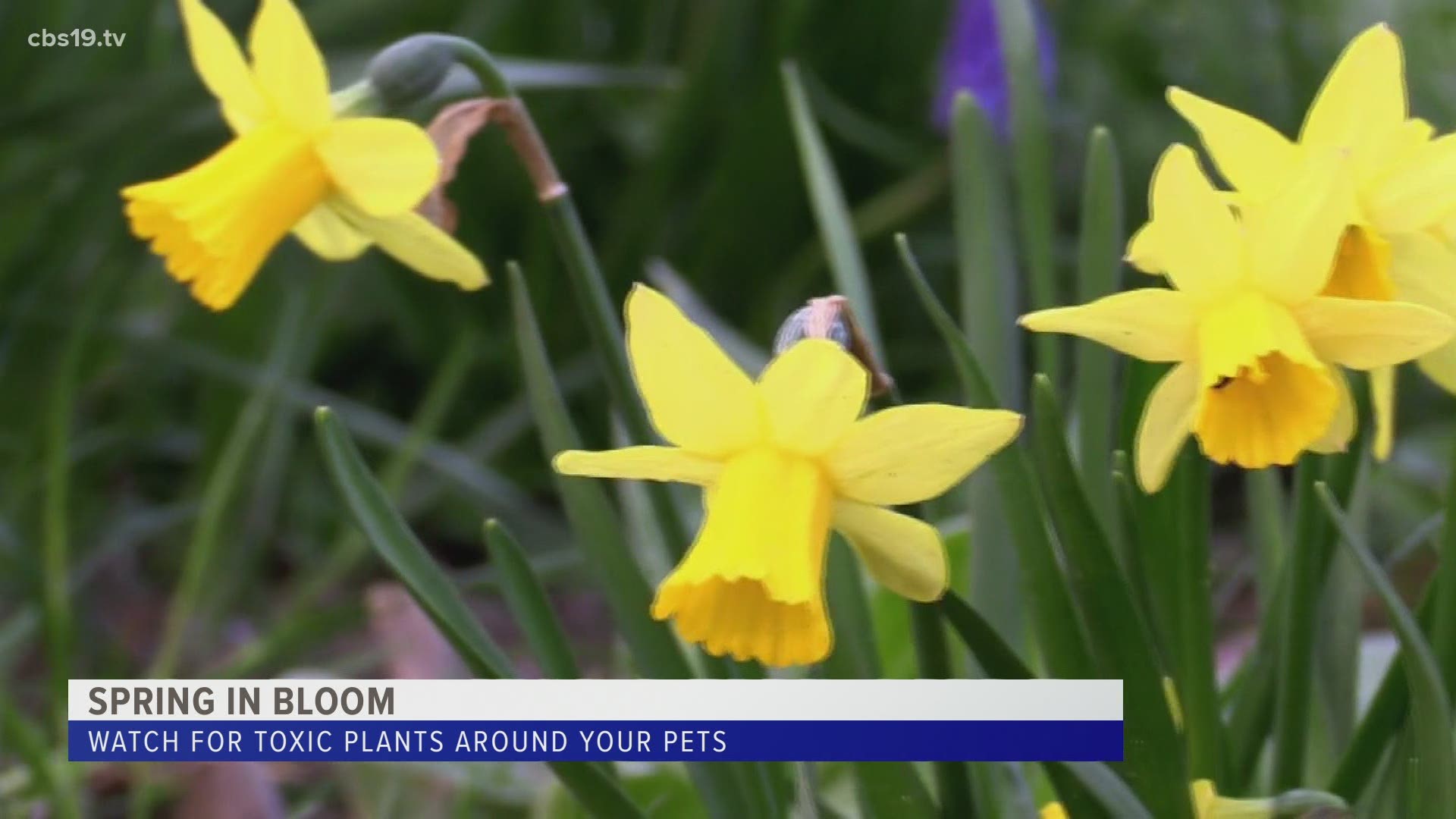 TYLER, Texas — Spring is in bloom but animal parents and plant buyers beware, these pretty flowers could be poisonous to your pets.

Dr. Seth Shirey with Starnes Animal Clinic in Tyler has provided some signs to watch out for regarding plant intoxication in your pet.

“If it’s a more toxic plant, things that are more dangerous you may get lethargy, extreme laziness doesn’t want to get off the couch," he said. "Vomiting not just once but 10, 15 times a day. Not eating, not drinking. It can get really severe depending on the plant but by far the most common would include drooling, vomiting and diarrhea.”

A few plants to avoid include:

“There’s a couple of things that you really want to do if you are nervous of an intoxication, and one is try to identify what the plant was first thing first because it can vary wildly depending on the toxin on what we should do,” he said.

Once you identify what type of plant your pet may have come in contact with, call your veterinarian immediately. They will likely suggest you try to induce vomiting.

"If you can get some of this stuff up before it hits the bloodstream, it makes all the difference in the world, so I'll tell owners to just give hydrogen peroxide," he said. "Most people have it in their home you give them 10-15 ml of hydrogen peroxide, they'll vomit shortly after that and then you can bring them to the clinic and we can give things to coat or treat the GI tract."

Shirey says no doubt, spring is the busiest time of the year for these types of incidents.

"One-hundred percent in springtime," he said. "I mean, everyone is bringing in new plants, everything is growing, blooming. Our allergies are out of control. I mean this is the time of the year when we definitely see it the most."

Shirey says a lot of pets suffer from seasonal allergies, but the two have very different symptoms.

"Allergies in dogs, it's all about the skin," he said. "Chewing, biting, licking and then toxins are about gastrointestinal stuff. Drooling, vomiting, diarrhea."

RELATED: Tips for protecting your loved ones, including your pets, during winter freeze