Dr. King said, “We can never be satisfied as long as the Negro is the victim of the unspeakable horrors of police brutality.” 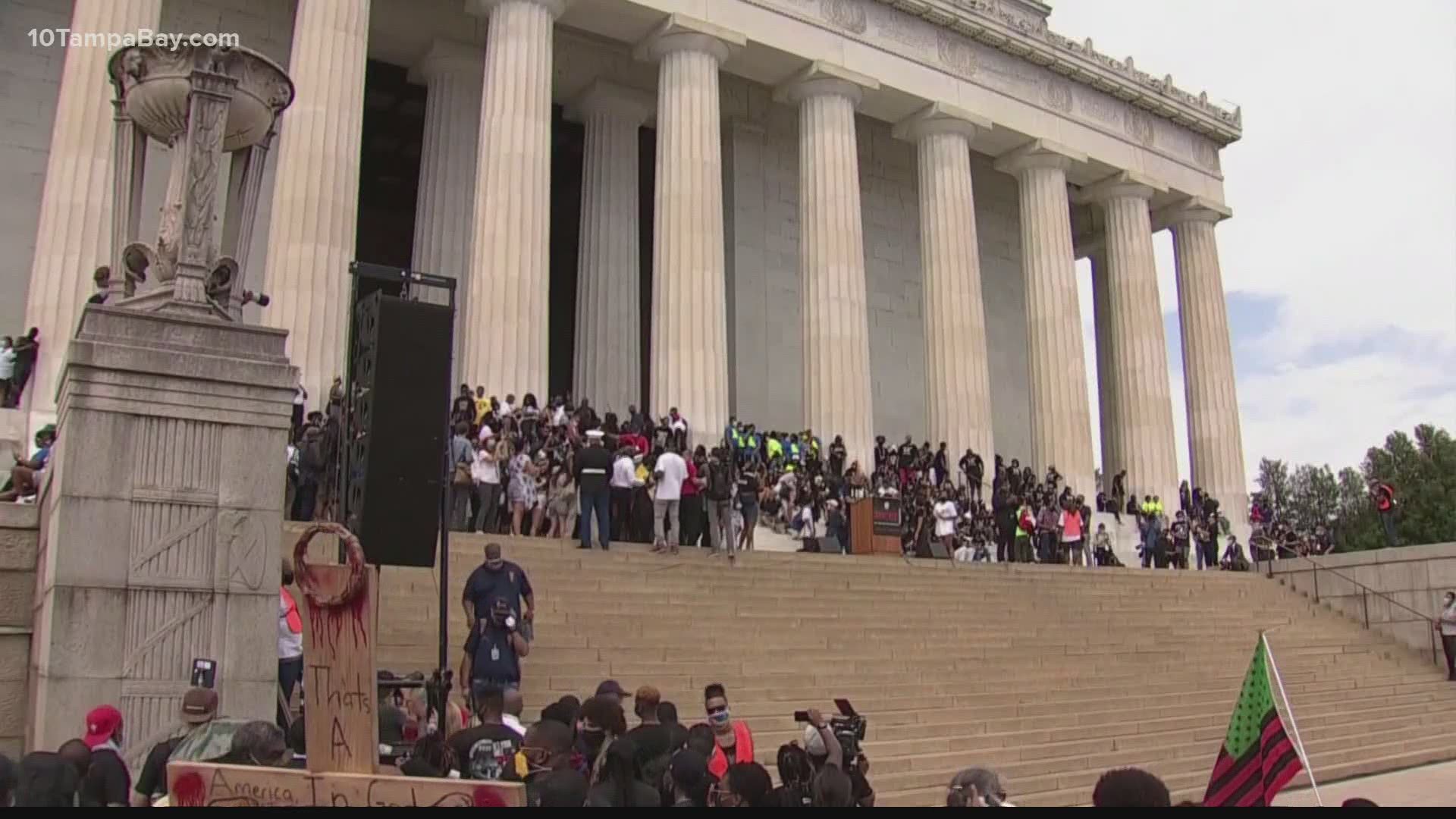 TAMPA, Fla — Fifty-seven years after Dr. King delivered his "I Have A Dream" speech that called for racial harmony in a divided America, thousands gathered in the very same spot calling for law enforcement reform.

Yet, few people know it's something Dr. King also called for in that very same speech. He said people would often ask when civil rights advocates would be satisfied, to which he would reply: “We can never be satisfied as long as the Negro is the victim of the unspeakable horrors of police brutality.”

In a press conference on the day of the speech, Dr. King said, “I'm sure that in a sense as a result of this march, we subpoenaed the conscience of the nation."

But decades later, many are asking if we have really listened to what Dr. King had to say?

"Fifty-seven years later, we're still having the same discussions about police brutality,” said Zebbie Atkinson, president of the Clearwater/Upper Pinellas NAACP. Yet in 2020, those horrors still haunt the Black community.

This week, protests and civil unrest took over the streets of Kenosha, Wisconsin after an officer is accused of shooting Jacob Blake, a Black man, in the back seven times. The unrest comes on the heels of nationwide protests over the death of George Floyd.

"It's not all police officers. But in fact, that small amount is tainting that industry and until we can really have that tough conversation until we can have that policy change, then we won't see the changes that we're looking for,” said Tarnisha Cliatt, president of the Manatee County NAACP.

That frustration motivated Friday's March on Washington as civil rights leaders and loved ones of those killed at the hands of law enforcement demanded justice and equality.

"We have to see people that don't look like us begin to speak up and speak out and say, 'enough is enough,’” said Trevor Harvey, president of the Sarasota County NAACP. “We cannot tolerate this as American people, and we're going to demand our stakeholders and our politicians to put laws into place."

►Stay In the Know! Sign up now for the Brightside Blend New