Almost a week after John Moore resigned as CEO, volunteers are calling for a change in leadership starting at the top. 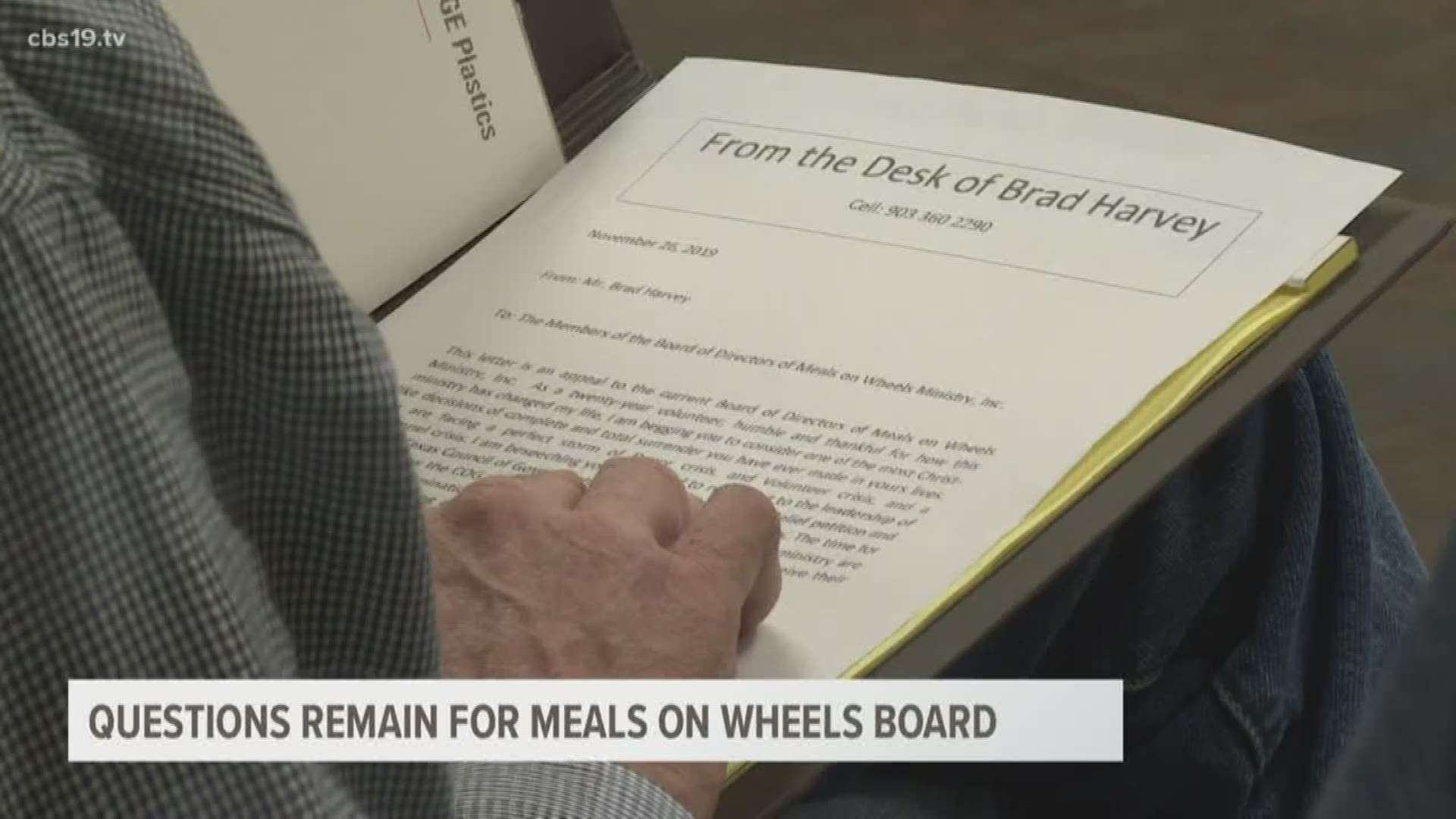 It’s been almost a week since John Moore the former Meals on Wheels (MOW) Ministry Inc. chief economic officer resigned from the role, but questions still remain as to who is leading the ministry.

The MOW Board of Directors had a special called meeting on Tuesday. The main item on the agenda, "new business" to introduce/welcome John Hardy for legal counsel.

Before entering executive session to speak with Hardy, the meeting was opened up to the crowd for an open forum.

A 20-year volunteer of the ministry, Brad Harvey, handed out a stack of letters to the board seeking change.

“One man’s opinion,” Harvey said. “To have the board step aside for whatever period of time it's going to take to restore the confidence."

In the letter, he asks for the board to reach out to the East Texas Council of Governments (ETCOG) for an emergency relief petition.

ETCOG has a contract with MOW to provide senior nutrition services in Smith, Gregg, Upshur, Van Zandt and Wood counties.  ETCOG is also a primary source of funding for the nonprofit. If the board of directors chose to file an emergency petition, ETCOG would step in to assume responsibility for the daily operations.

Donna Anderson, MOW’s volunteer coordinator, also spoke up during the open forum. She asked the board to consider allowing employees to participate in the hiring process of the next CEO. Board President John Genung responded to the question saying he had a similar idea himself.

After the open forum ended, the meeting entered an executive session and everyone was asked to leave the room.

CBS19's reporter Payton Weidman, upon existing was encouraged to leave entirely because no action would be taken after the executive session. A discussion then occurred between Weidman and an employee of MOW about the change in leadership and board meeting procedures. Sometime following the conversation, Weidman was asked to leave the premises.

CBS19’s news partners, the Tyler Morning Telegraphs, stayed at the meeting and learned following the executive session that the board discussed starting a search committee for the vacated CEO positions, but nothing else was publicly acknowledged.