Heaving can cause a tree to become unbalanced and lean, strong winds can make the problem worse. 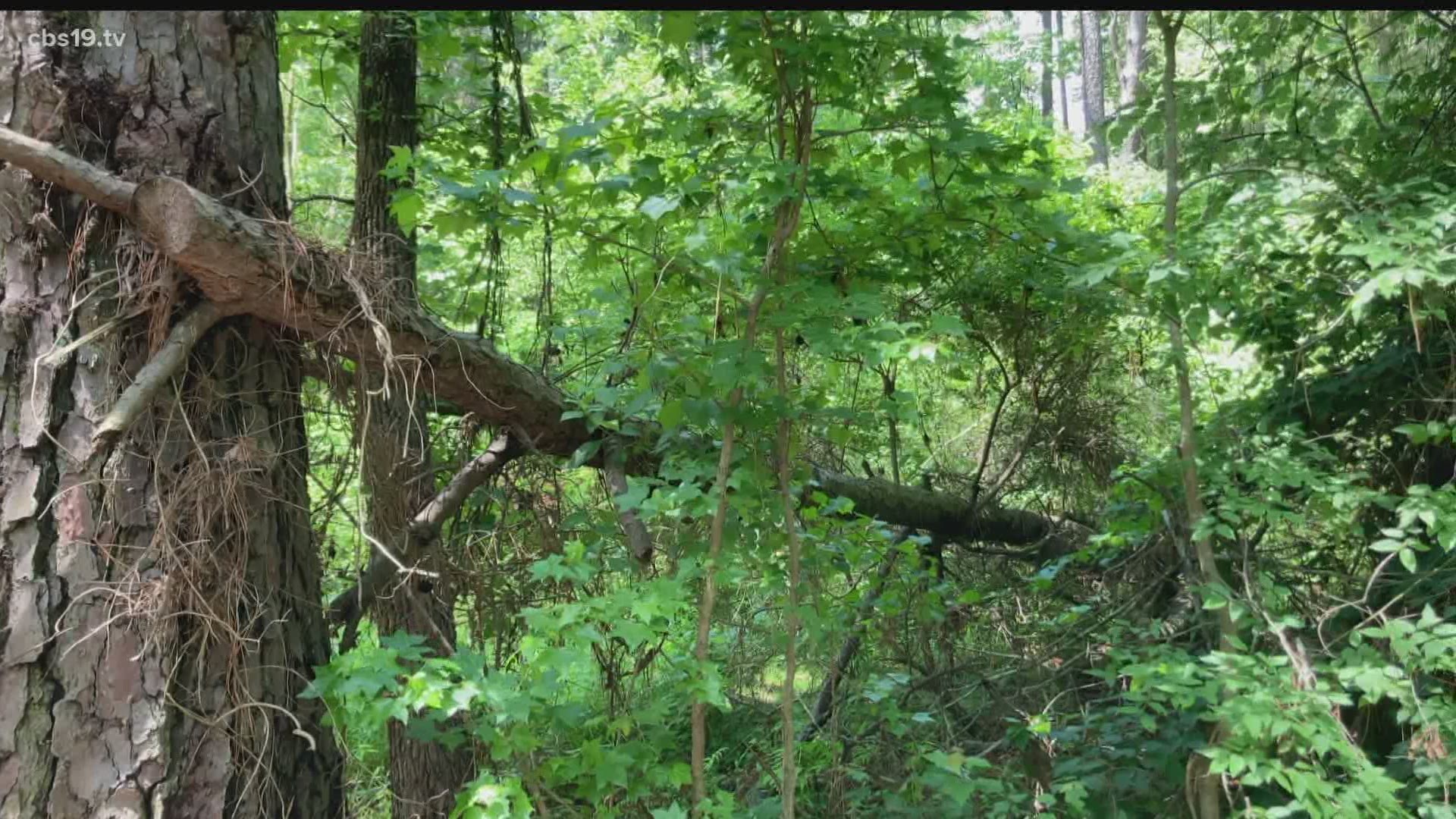 TYLER, Texas — Fallen trees and limbs can be spotted across East Texas as April showers held off for May thunderstorms.

Traci Bailey owner of Bailey's Lawn and Tree Service said East Texas trees are facing a tough year already after a hot and cold February with temperatures in the 70s and then Winter Storm Uri, which is why so many are coming down.

"A lot of trees are kind of dead, some are not really growing back," he said. "So I've been getting a lot of calls from people, mostly for pine trees and oak trees."

When soil becomes saturated with rainwater, it becomes easier for strong winds to topple trees over. Bailey said it doesn't take much rain though and that many times, there's an underlying issue.

"It mostly comes from the root," said Bailey. "Most of the time the roots are damaged and then when it rains, a lot of it saturates the soil and prevents oxygen from getting into the ground."

Signs to look for in a tree before a storm include fungi at the base, dead limbs and soil heaving. Heaving can cause a tree to become unbalanced and lean, strong winds can make the problem worse.

"If it's leaning and you think there's a chance of it falling, you probably should get rid of it," he said. "It's cheaper to get rid of the tree, than trying to save it."

Bailey also recommends trimming tree branches and the top to prolong the life and prevent it from becoming top heavy and toppling in the wind.