After nearly two weeks of rain, road maintenance projects have been paused and needed repairs have taken priority. 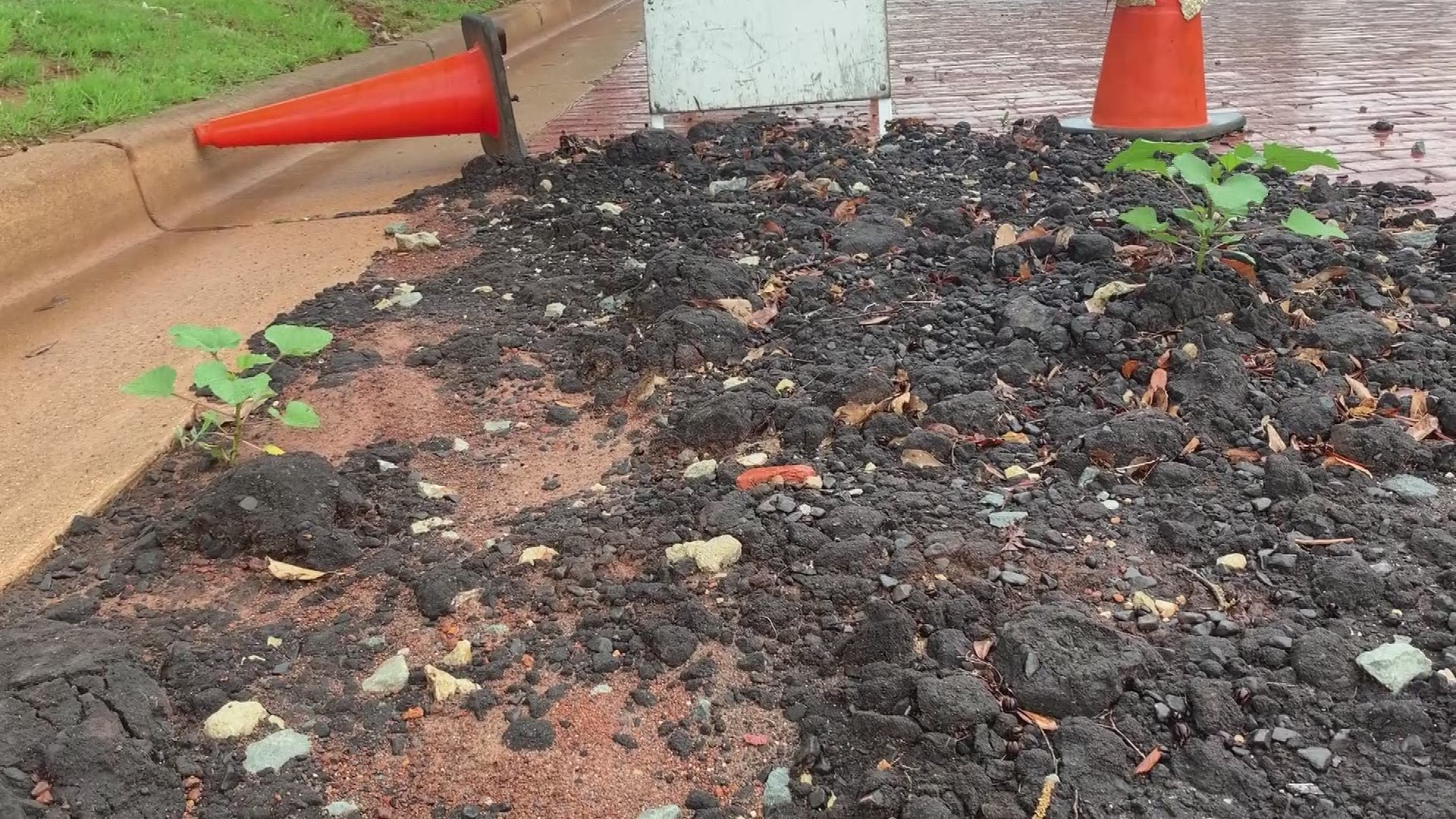 TYLER, Texas — Crews with the Texas Department of Transportation, Smith County and City of Tyler have been working all week to address needed repairs to roadways from the weather.

The main issues being addressed have been fallen trees, limbs and fixing potholes.

Other scheduled projects for the respective entities have been paused due to the rain and saturated ground. Kathi White with the Texas Department of Transportation (TxDOT) said contracted project completion dates shouldn't be impacted though as weather days are built into most construction project timelines.

"As far as maintenance, it's (impacting) everything from delaying our seal caot and trying to get those roads ready for their solar treatments," she said.

However, once the ground dries up White anticipates contractors and TxDOT crews will hit the streets to get back to scheduled maintenance and improvement projects.

Smith County Engineer Frank Davis also doesn't expect contracted projects timelines to change. However, those improvements have hit a pause many of which like Lake Placid and Jim Hogg Road have been underway to help alleviate flooding from heavy rainfalls.

"Our contractors are still just kind of waiting for the rain to stop," he said. "As soon as it stops, they can kind of get busy, pretty fast."

Davis said in-house projects though for things like pavement repairs, culvert replacements as well as a bridge installation will have a longer delay before construction resumes. Even once the water dissipates, he explained crews will continue to address damages to roads like County 47, which was closed earlier in the week from a cracked roadway.

"That was a from ants and it actually built a colony up underneath the roadway and the water got into it and just saturated it and washed it out," Davis explained. "So that caused the collapse of that roadway. It is back open, we were able to do the repairs, it has a temporary surface on it at this time because want to fix it with a hot mix asphalt."

As for the City of Tyler, street maintenance projects as well as creek and drainage improvements have all been put on hold as well, but should be completed as anticipated.

LouAnn Campbell, spokesperson for the city, said the main issue for Tyler has been the influx of potholes popping up.

"Potholes right now are going to be an issue until it dries up because we can only fill them," Campbell said. "We can't cover them with the asphalt because asphalt doesn't work when it's wet. So, we have to wait this out and do the best we can."

Campbell said the city's stormwater drains seemed to be handling the incoming rain smoothly on Friday. Crews have also spent the week working to address blockages or drainage issues.