Our Alan Kasper caught up with his friend Wayne Coleman, the Athletic Director of Jacksonville High School, to find out more about the man. 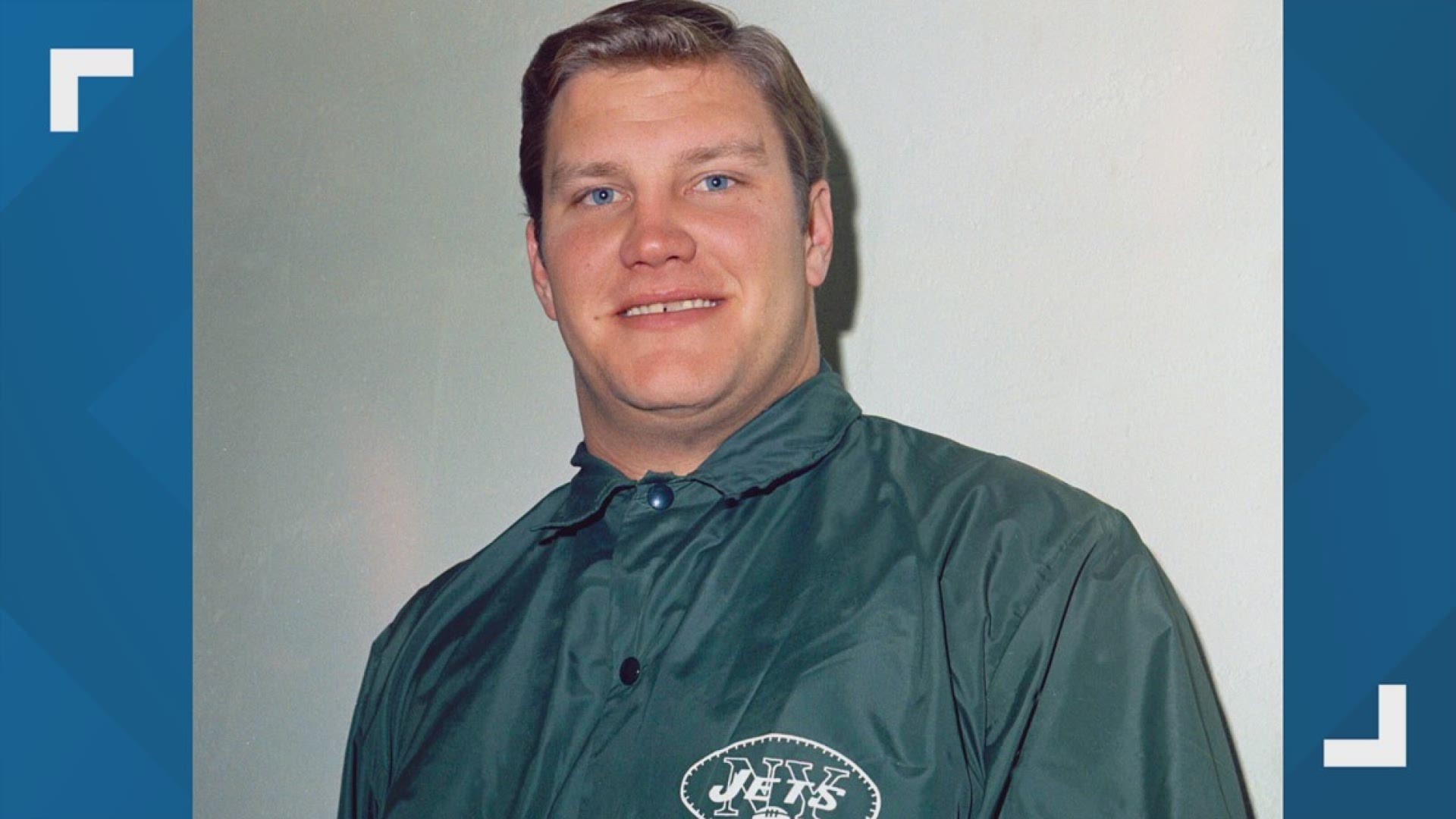 JACKSONVILLE, Texas — Tragic news spread throughout East Texas Friday as it was announced that Pete Lammons, the former Jacksonville High School, University of Texas and NFL football star died during a fishing tournament. He was 77.

In 2000 Lammons and his brothers organized a yearly $5,000 scholarship in honor of their father, and to emphasize its focus on education, the football player could not receive the money until they showed proof they had graduated from a four-year university.

Our Alan Kasper caught up with his friend Wayne Coleman, the Athletic Director of Jacksonville High School, to find out more about the man.

Find the transcript of Coleman's interview below:

"He [Lammons] was just a great guy that happens to be a Jacksonville Indian.

He crossed paths with a lot of great people in his athletic career. He at one point played for Bum Phillips here at Jacksonville high school. From here he left and played for Darrell Royal at the University of Texas and then eventually played with Joe Namath in the NFL.

So he was a guy who had an incredible athletic career and lived a full life and had some great stories. He was here in the early 60s, was a great tight end. The old pictures of the team from back then ... you see this line of guys across there and then you see Pete, you know back then he was a mountain of a man next to everybody. It’s kind of fun to look back and see those things. Obviously just to have the career he had tells you what a special talent he was in high school.

He comes into town for all the special events ... the grand opening of the tomato bowl, Pete came back to town. Several years ago we had the 50th anniversary of NFL of the NFL Super Bowl during that the NFL sent out gold footballs for all the high schools and had a Super Bowl player attend there and so Pete came back to town for that athletic banquet to celebrate and present us with the gold ball. Anytime something special comes up he’s right here to celebrate with us.

It’s important to have those people so that your kids have people to look up to, so that your kids know that it’s more than just a dream. There are possibilities out there for you to reach your goals and when they see Pete’s picture on the wall, they know it’s possible for them too.

We left the team meeting room this morning, we all walked under the doorway that has Pete's jersey hanging over it and we talkedd to the kids about Pete that morning. You know we’ve been blessed in Jacksonville with a lot of great athletes and people that have come from this town into have something that our kids can look up to is very important and Pete’s always going to be a part of that.

Pete was a big fisherman and passed away doing what he loved to do and when I talk to Pete’s nephew today he said that Pete wouldn’t have had it any other way, that if he was going to pass he would want to do it on a fishing trip. He was such a fun-loving guy, every time we ever interacted he had a smile and a funny story to tell and he never really traveled alone he had friends that he always traveled with. Pete traveled the world and he led a full life and I think that everybody that ever got to be around him, be a friend to travel with him know what a great guy he was. Many of us should not just look at Pete for what he did in his athletic career, by the way he lived a full life."